A few years ago, the Bombay High Court had ordered that the Supreme Court’s order on height and age restrictions should be followed while performing the human pyramid and had also questioned the then government for categorising Dahi Handi as an ‘adventure sport’ 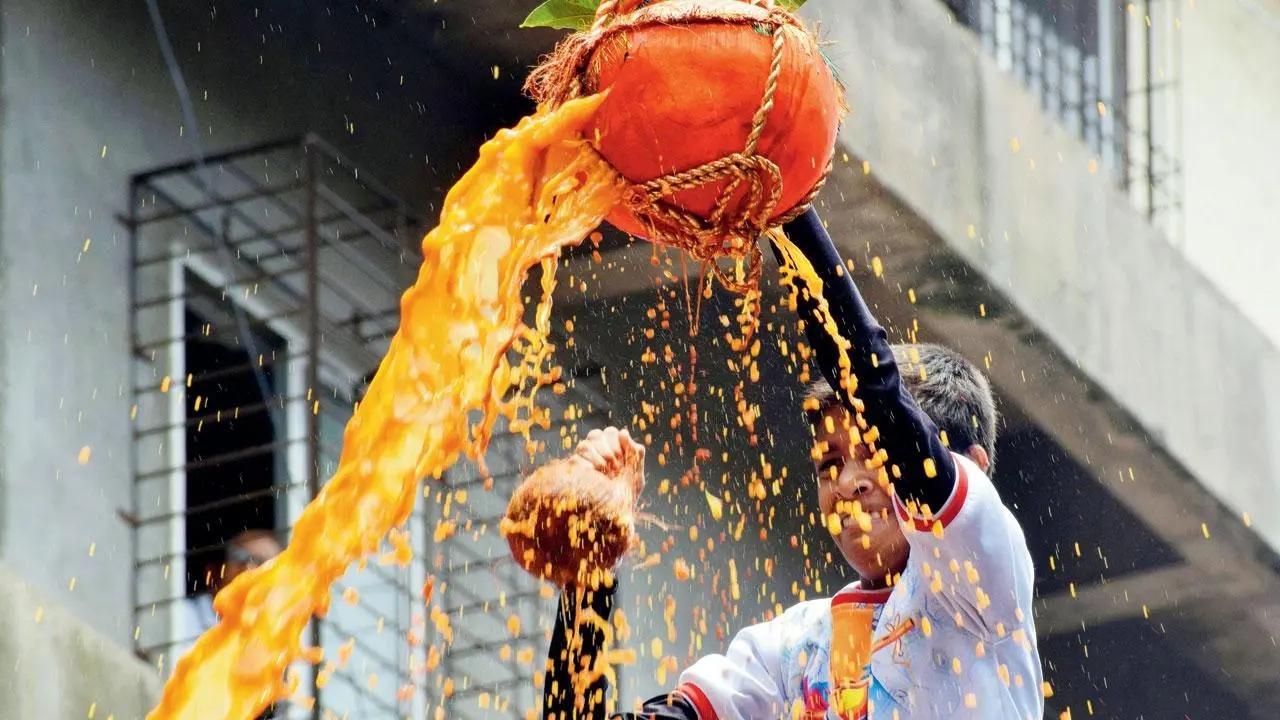 
The Mumbai-based Dahi Handi Utsav Samanvay Samiti (DHUSS) committee has written a letter to Maharashtra CM Eknath Shinde requesting him to give Dahi Handi (human pyramid) status of an adventure sport. While a few years ago, there was a similar demand and the then Cultural Minister Vinod Tawade had declared it to be an adventurous sport, there were no further guidelines stated to execute it as an adventure sport.

Arun Patil, the committee member of the Dahi Handi Utsav Samanvay Samiti, said, "We have written a letter to the chief minister and are hoping that further steps to make it an adventurous sport will be taken soon. This has been a long pending demand. Rather than playing it only once a year on the day of the festival, we hope for more competitions and events such as pro kabaddi will be organised so that the Govindas can practice, play and have a healthy competition throughout the year.”

Patil added, “This will help the Govindas to have advanced practice and remain healthy and fit to perform the human pyramid across the year. We will like to form a committee along with members of the government and plan further activities to make it an adventure sport for youngsters. Our chief minister has been helpful so far in declaring the Dahi Handi festival along with other festivals to be celebrated without any Covid guidelines.”

A few years ago, the Bombay High Court had ordered that the Supreme Court’s order on height and age restrictions should be followed while performing the human pyramid and had also questioned the then government for categorising Dahi Handi as an ‘adventure sport’.

A PIL was filed by Mumbai-based activist Swati Patil on the breach of the HC order which raised concern about the casualties and injuries caused during Dahi Handi celebrations.

Speaking about calling it an ‘adventure sport’ Patil said, “The human pyramid formed by the Govindas to break the handi is a symbol of Lord Krishna eating the curd from the earthen pot (handi). The festival should be celebrated as a festival rather than naming it as a sport or outdoor game. We have other outdoor games like Kabaddi, Kho Kho where the players don’t even have a good playground to play. The government should try to revive the existing outdoor games rather than a human pyramid as an adventure sport.”

Speaking about the safety measures to be taken by Govindas where health is concerned, Dr Kiran Singh, Unit Head Emergency Dept, SRV Hospital, said, “Govindas who are facing back, neck and shoulder pain or any other grave health issue, should avoid participating if they are already injured. The Dahi Handi celebrations start in the morning and continue till the night. The Govindas should not venture out on empty stomach. Staying hydrated is important. They should avoid drinking alcohol.”

Lastly, Dr Singh added, “Using basic safety measures such as a helmet and knee cap while forming the human pyramid is important.”