Dahi Handi: Only 400 Govinda pathaks in Maharashtra have insured themselves 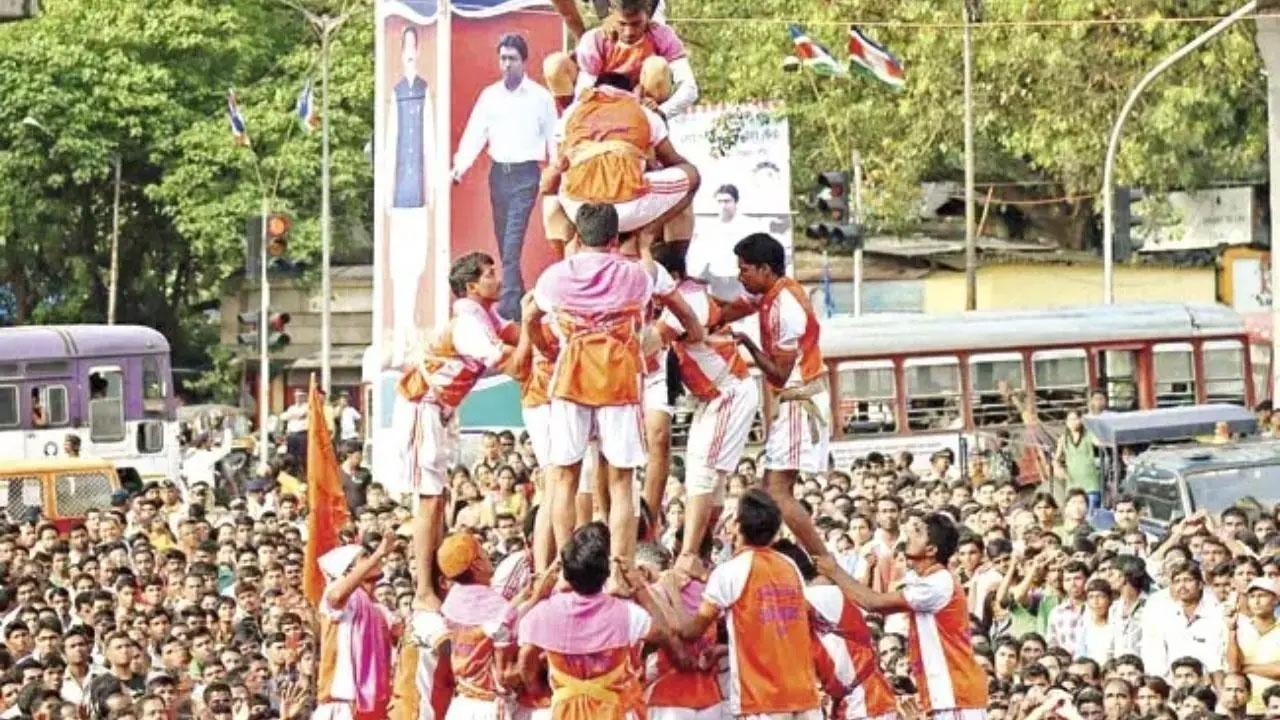 While last year, around 1,161 Dahi Handi pathaks across Maharashtra took medical insurance for their members, this year, after Chief Minister Eknath Shinde announced free medical insurance for Govindas on August 16, the pathaks waited till the last day to avoid paying insurance premium from their own pockets.

Speaking about the medical insurance taken so far, Sachin Khanvilkar, manager of Oriental Insurance Company, said, "Till August 17, around 400 pathaks (approximately 21,000 Govindas) have taken insurance cover so far. While a few pathaks paid Rs 75 premium/per Govinda from their own pocket, many registered for the insurance with the help of the BJP. We received around 150 applications of pathaks from BJP.”

Khanvilkar added, “Earlier, the pathaks gather at the last moment to take the insurance as they wait for financial help with help of sponsors. While the Chief Minister has now announced free medical insurance from the government to all the Govinda pathaks, the implementation of the announcement is yet to begin. In that case, the pathaks will not have to bear any premium money for any Govinda."

Bala Padalkar, president of Dahi Handi Samanvay Samiti, said, “The announcement of government bearing the medical insurance cost has been made by CM Eknath Shinde. We too are following up with the government about the implementation process as the insurance company will consider it only after the government pays the premium to them.”

Arun Patil, the committee member of the Dahi Handi Samanvay Samiti, said, "Getting health insurance of a Govinda is very important. We have always encouraged the pathaks to register each and every Govinda from their pathaks for medical insurance before the festival.”

On August 11, BJP Mumbai too announced help for all the pathaks willing to register for medical insurance. In seven days, they received applications from 368 pathaks.

In 2019, around 1,161 pathaks took medical insurance out of which 75 per cent of the pathaks were from Mumbai, Thane and Navi Mumbai region.