Will continue our strike till decision is taken: Nurses

As meeting with government officials fails to arrive at a solution, nurses decide to go for indefinite strike; JJ hospital makes 8-day plan, beyond which it may seek help from BMC hospitals 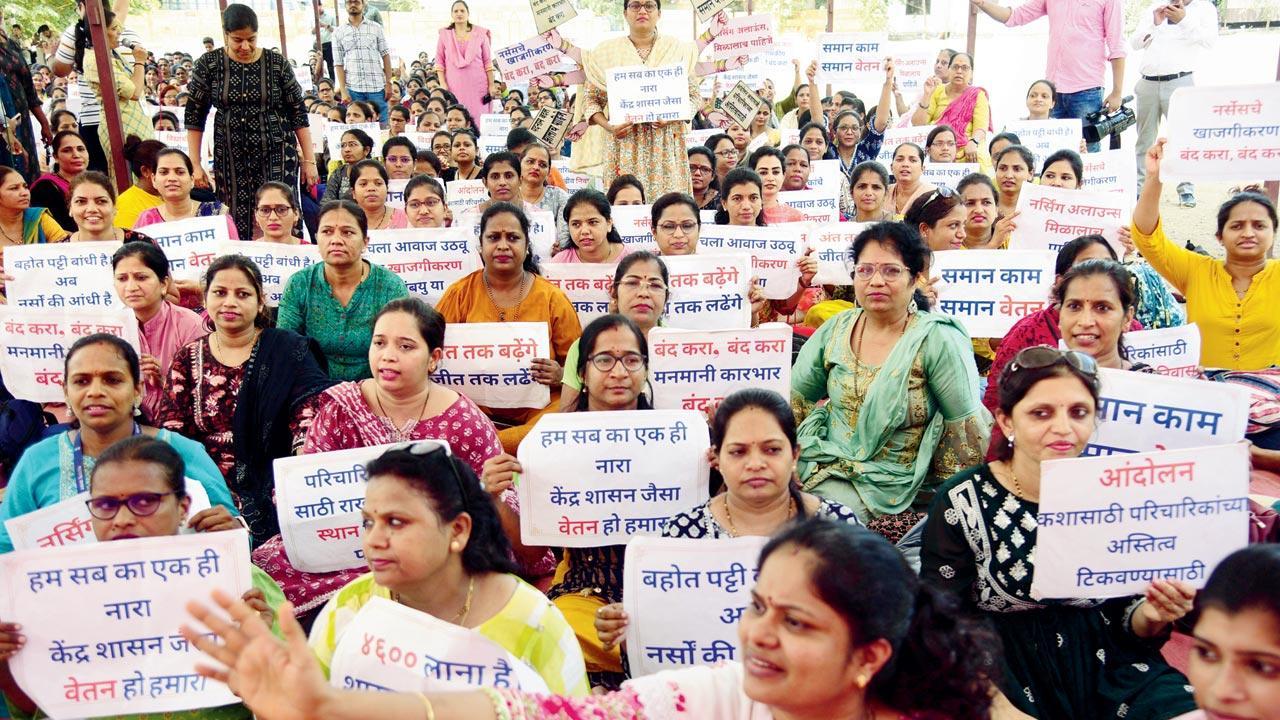 
Nurses are set to up the ante and go on an indefinite strike from today as the meeting with government officials on Friday failed to bring any respite. The Maharashtra State Nurses Association had on Thursday started a 2-day strike, which ended on Friday, against the government’s decision to outsource vacant nursing posts.

Around 10,000 nurses registered with the Maharashtra State Nurses Association are currently on strike, which has led to a shortage in hospitals and also led to the postponement of several surgeries. A meeting was also called by the Directorate of Medical Education and Research (DMER) to end the movement.

Sumitra Tote, secretary of the nurses association, said, “No concrete decision could be taken in the meeting held on Friday. Even earlier two other meetings were held regarding our demands, but so far we have only got assurances. We will continue to protest till a concrete decision is taken.”

Meanwhile, the civic-run Sir JJ Hospital remained the most affected by the strike. The hospital administration on Friday drew up a 8-day plan to manage patients in the absence of nurses. If the strike continues, the hospital may seek help from civic nurses as well as nursing students at medical colleges.

Dr Pallavi Saple, dean of Sir JJ Hospital, said, “If the nurses’ strike continues for a long time, the service to the patients will be affected. Today we prepared an 8-day plan to tackle the situation. Currently, a few nurses and nursing students are handling the situation, but if the strike continues then we might need a helping hand from nurses of BMC hospitals or another hospital where nurses are not on the strike.” She added that all elective surgeries were postponed due to the strike.

Next Story : Mumbai: Now, all flats at Ranas' Khar building get BMC notice