Will Milan subway get relief this monsoon?

Work on building underground tank 50 per cent complete; while the project won’t be completed this monsoon, it can still hold water for a few hours 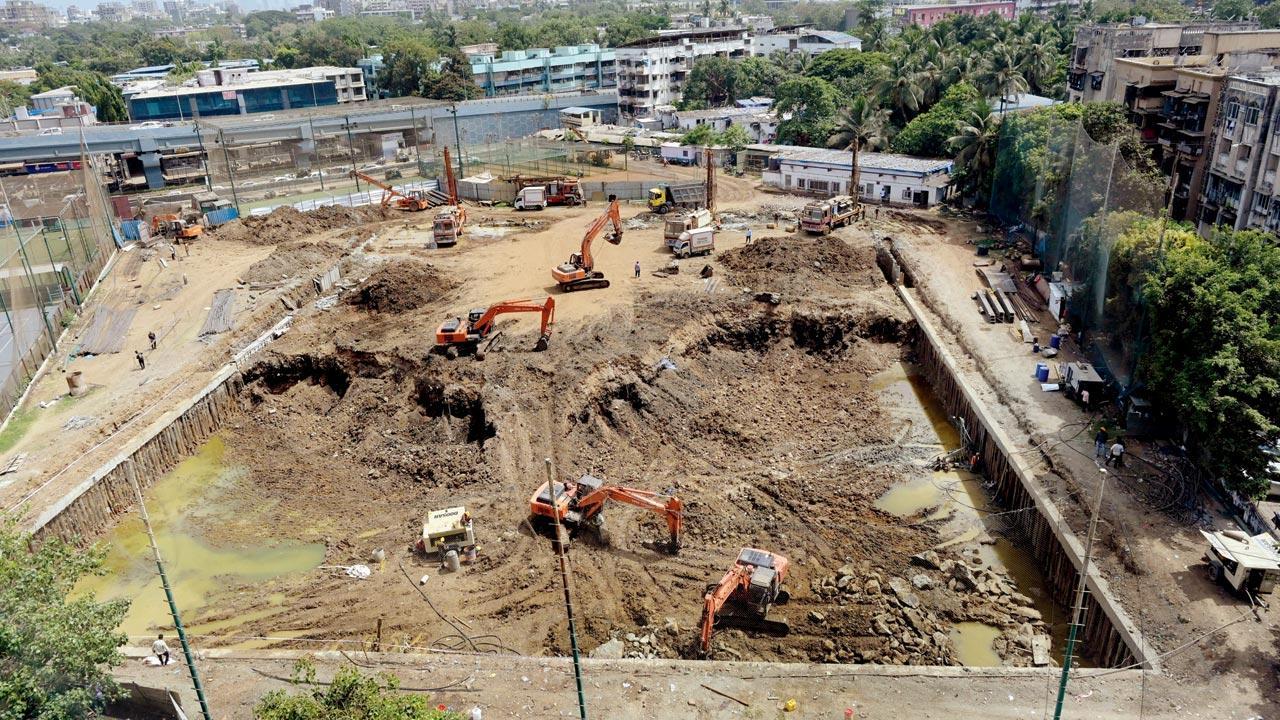 Work in progress for the underground tank. Pic/Bipin Kokate


Milan Subway, a chronic flood spot in the city that witnesses waterlogging after every heavy spell of rain, is likely to get little relief this year as the work on setting up a underground tank is 50 per cent complete. While the project will not be completed this year, it can still hold water for a few hours, thus giving the authorities time to take measures.

The subway, which lies between Vile Parle and Santacruz, gets flooded each year, hence the Brihanmumbai Municipal Corporation tried a few tricks last year such as increasing the width of the stormwater drain, deploying high capacity pumps etc. As these measures did not give any respite, the civic body decided to build an underground pit to hold the water, on the lines of Hindmata.

The tank is being set up at the adjacent municipal ground on the west side of the railway tracks near the subway. Once completed, the tank will hold flood water till it can be pumped out after high tides.

“The piling work has been completed and the excavation started. The tank is 20,000 cubic metres which can hold up to 2 crore litres of water. It is enough to keep the road flood-free. The water from the subway will be channelled to the pit and then it will be pumped out into the stormwater drain,” said Bhagwant Late, deputy chief engineer of the Stormwater Drain Department.

Though the construction of the tank will not be completed before the rainy season, the huge excavated pit will hold the floodwater for a few hours. The remaining work of slab cover over the tank and other works will be carried out after the rainy season and the garden can be used once the work is over. The cost of the project is Rs 33 crore.

The BMC earlier built two tanks at Pramod Mahajan Kala Park in Dadar West and St Xavier Ground to provide some relief to Hindmata area last year. This year, the BMC is augmenting the capacity of the two tanks. The Dadar tank has a capacity of 6 crore litres and Parel 4 crore litres. The cost of the tanks and pumping station under Hindmata flyover is Rs 199 crore.