The central agencies claim the searches are linked to people involved in terror funding, organising training camps and radicalising people 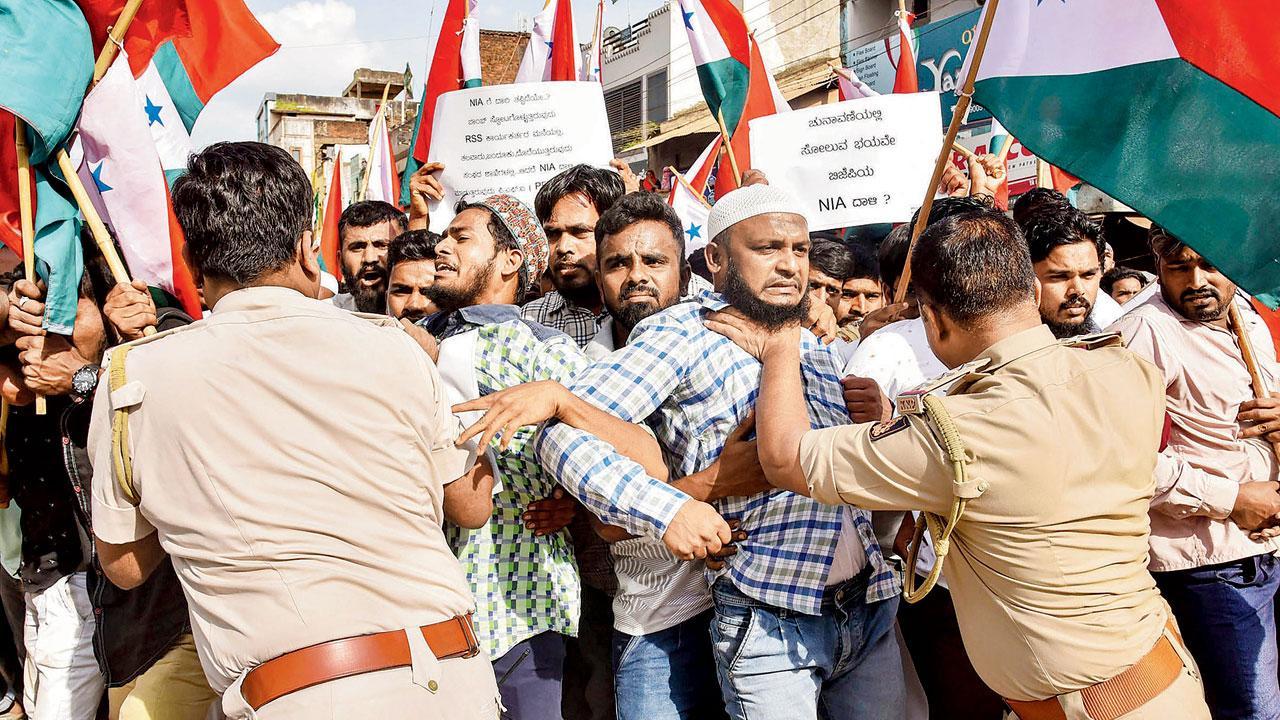 Police push back PFI workers protesting against the raid in Hubballi, Karnataka, on Thursday. Pic/PTI


The Popular Front of India (PFI) on Thursday condemned the raids by the National Investigation Agency (NIA) and the Enforcement Directorate against its leaders, and said that it will “never surrender” and alleged that the agency’s claims are aimed at “creating an atmosphere of terror”. Sources said 106 PFI activists were arrested on Thursday in a joint operation involving over 1,500 personnel of state police, CAPF and NIA and ED officers.

The maximum number of arrests were made in Kerala (22) followed by Maharashtra and Karnataka (20 each), Tamil Nadu (10), Assam (9), Uttar Pradesh (8), Andhra Pradesh (5), Madhya Pradesh (4), Puducherry and Delhi (3 each) and Rajasthan (2). In Kerala and Karnataka, premises of the political wing of PFI—Social Democratic Party of India (SDPI)—were also raided.

The officials said the searches took place at the premises of people involved in terror funding, organising training camps and radicalising people to join proscribed organisations in the “largest-ever investigation process till date”.

The nationwide raids sparked an angry response from the PFI, which called for a dawn-to-dusk hartal in Kerala on Friday and termed the arrest of its leaders as a part of “state-sponsored terrorism”. PFI workers staged protests across Kerala, Karnataka and Tamil Nadu.

Fifteen
No. of states where NIA and ED conducted raids