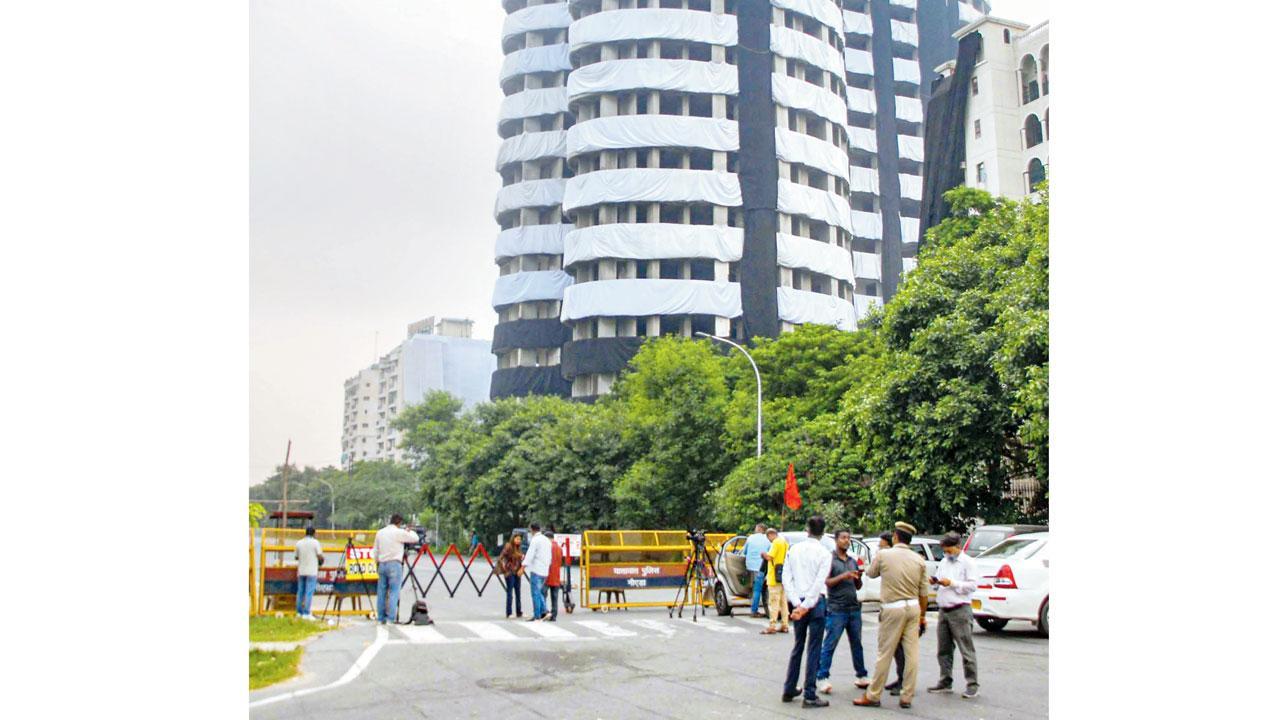 The 40-storey twin towers has been covered with geo-fabric. Pic/PTI


On Saturday, 325 kg of explosives was brought to Noida amid tight security. It will be used in the August 28 demolition of the Supertech twin towers.

According to information, the authority will need a total 3,700 kg of explosives to demolish both the towers and 325 kg will be made available every day.

“Amid tight security, explosives were brought from Palwal to Supertech Twins Towers in Noida. The building will be demolished on August 28. The complete demolition work is being done under the leadership of Noida Authority,” said a police official on the condition of anonymity.

Around 9,400 holes were drilled in the columns and shears of the skeletal structures of the towers which will be filled with the explosives.

The official said that the explosives will be fixed with the buildings and on August 28, after the full preparation, both the towers will be razed.

The apex court had noted that the structures had come up in violation of building norms.