There are so many variables, a global competition, and seemingly invisible forces that can determine whether you succeed or fail 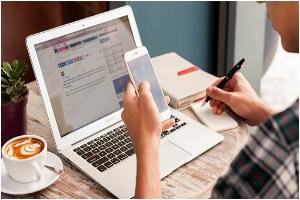 All these things take a lot of learning to understand and work around, and often, a lot of trial and error


Becoming an entrepreneur in the age of online technology can be daunting. There are so many variables, a global competition, and seemingly invisible forces that can determine whether you succeed or fail.

Of course, these forces are not invisible, but pre-programmed algorithms, market trends, and competitive bids from manufacturers. All these things take a lot of learning to understand and work around, and often, a lot of trial and error.

That takes money, time, and effort that many people don’t think they have at the end of the day. Plus, who wants to get home from work, cook dinner, spend time with the family and then jump onto the computer to do more work?

Fortunately, there are also people who have figured out all the pieces of the puzzle so you don’t have to. They have taken the roads unknown so they can leave a path for others to follow, undertaking the trial and error methods so others don’t have to make the same mistakes.

Kale Abrahamson and Taylor Hiott are two successful entrepreneurs who started their own 6-figure FBA business in a relatively short period of time.

Kale and Taylor met in 2017 at their local church in Pittsburgh and happened to strike up a conversation. Both men had entrepreneurial minds to some degree; Kale had spent much of his spare time in high school selling items out of his backpack. Some of these small backpack-ventures even turned into full-blown businesses, where he rented space at the local mall and sold $75,000 worth of hoverboards in a little over one month. Taylor has a background in business administration and entrepreneurship, and Kale’s ability to find the market demand and supply products to the right buyers inspired Taylor to invest in Kale’s business.

The Struggle and Victory of Business

Together, they scaled their business through Amazon FBA. Kale had toyed with one or two products prior to meeting Taylor, but Taylor knew it was the right path forward. There were bumps along the way, of course; the first Amazon venture they attempted ended with the pair $50,000 in debt and a closet full of unsold products. “We really didn’t know what we were doing,” said Kale, looking back on the venture.

Their venture into Amazon FBA wasn’t looking promising at this point, and there were plenty of uncertain days where the two were afraid they would be in debt for the rest of their lives.

"A couple of the 10 products we bought turned out to sell well, and when we realized that they had certain characteristics and common qualities that allowed us to predict with confidence which products we should be buying," said Taylor, confident in their ability to make the project work successfully.

Over time, Kale and Taylor perfected their Amazon FBA strategy and came up with several key indicators of success. They found that these key indicators were not just in the final product, but the process to choosing a good product began in product research and sourcing phase.

Based on these indicators, Kale and Taylor were able to strategically source and provide products, but the challenge didn’t stop there. They needed good product photography, unique branding that set them apart from other sellers.

Once the two figured out the recipe for success, they were set. They quickly scaled their Amazon FBA business to 6-figures, paid off their previous debt, and quit their day-jobs to work with FBA full-time.

The Beginning of Nine University

Their journey did not end there, however. Kale and Taylor both saw other entrepreneurs struggling with the model, and with their recipe to success, they knew they had to share their knowledge with the world. They began a complete course named Nine University which offered the keys to success to others who wanted to do the same. This course is the first to offer a complete suite of resources alongside comprehensive, structured lessons and an accountability group that is several thousand members strong.

Nine University is a true goldmine for entrepreneurs who want to quit their boring 9-5 jobs and take success into their own hands.

The only thing that their students had to do once they signed up for the course was put the money and time into the process that Kale and Taylor had already developed.

They continue to test the FBA algorithms and market trends today, and have largely turned their attention to their course, taking pride in coaching their students every step of the way.

Kale and Taylor ventured into the unknown and carved a path for thousands of new entrepreneurs who are seeking financial freedom, the ability to own their own success, and regain lost time that would otherwise be spent at work making someone else wealthy.

Next Story : Coronavirus lockdown: Janata curfew in Nagpur on July 25 and 26