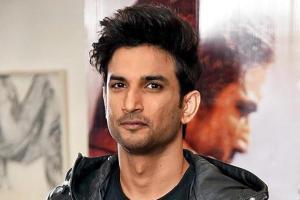 
The ruling NCP and Congress in Maharashtra on Tuesday slammed the Bihar government for recommending a CBI probe into the death of actor Sushant Singh Rajput, saying the move encroaches upon rights of the state government and helps the BJP in "destruction" of Constitution.

Maharashtra minister and NCP national spokesperson Nawab Malik said the Nitish Kumar government was probably trying to divert attention from its "failure" in combating COVID-19 by recommending a CBI probe.

Hours earlier, Bihar Chief Minister Nitish Kumar said in Patna that his government had made the recommendation after the deceased actor's father made a request. Malik said the decision of the Bihar government undermines the federal structure.

"Do they (Bihar government) have jurisdiction over a crime that has taken place in Maharashtra?" Malik asked. The NCP is the second largest constituent in the Shiv Sena-led Maha Vikas Aghadi government. The other partner being the Congress.

Maharashtra home minister and NCP leader Anil Deshmukh had said there was no need for a CBI probe into the case as the Mumbai police were capable of handling the matter.

The recommendation for a CBI probe came at a time when the Mumbai Police and Bihar Police are locked in a bitter turf war over investigating the death of Sushant Singh Rajput, who was found handing at his apartment in Bandra here in June.

An FIR has been registered in Patna on the complaint of the late actor's father K K Singh against his son's girlfriend and budding actress Rhea Chakraborty and others.

"Tomorrow, for instance, suppose a case is registered against a person living in Mumbai for a crime that has taken place in Uttar Pradesh, will the Maharashtra government too register a case in Mumbai and go for investigation in Uttar Pradesh?"It is a question of jurisdiction," Malik said.

He said the way the Bihar government is behaving, it is creating a crisis.

"It is akin to encroaching upon the rights of another state, which is not healthy in a democratic set up," he added. The NCP leader said the matter is being probed by the Mumbai Police properly, and denounced the politics being played over it.

Maharashtra Congress spokesperson Sachin Sawant accused the BJP government of helping the BJP in "destruction of Constitution" with the CBI probe decision.

Nitish Kumar-led JD (U) helms the Bihar government in alliance with the BJP.

"Modi govt & BJP destroying Democratic structure in India. Sad to see BJP'S alliance partners helping them in this destruction of the constitution which will permanently damage our federal structure for dismal political gains. Hope our courts share our concern for the country!" Sawant tweeted.

Next Story : It's not the help, it's my duty, says Santosh Barne