Leaders of the Aam Aadmi Party (AAP), some of whom are part of the government, considered the policy as a "device" to allegedly generate illegal funds at the cost of the state exchequer, it told the court on Wednesday 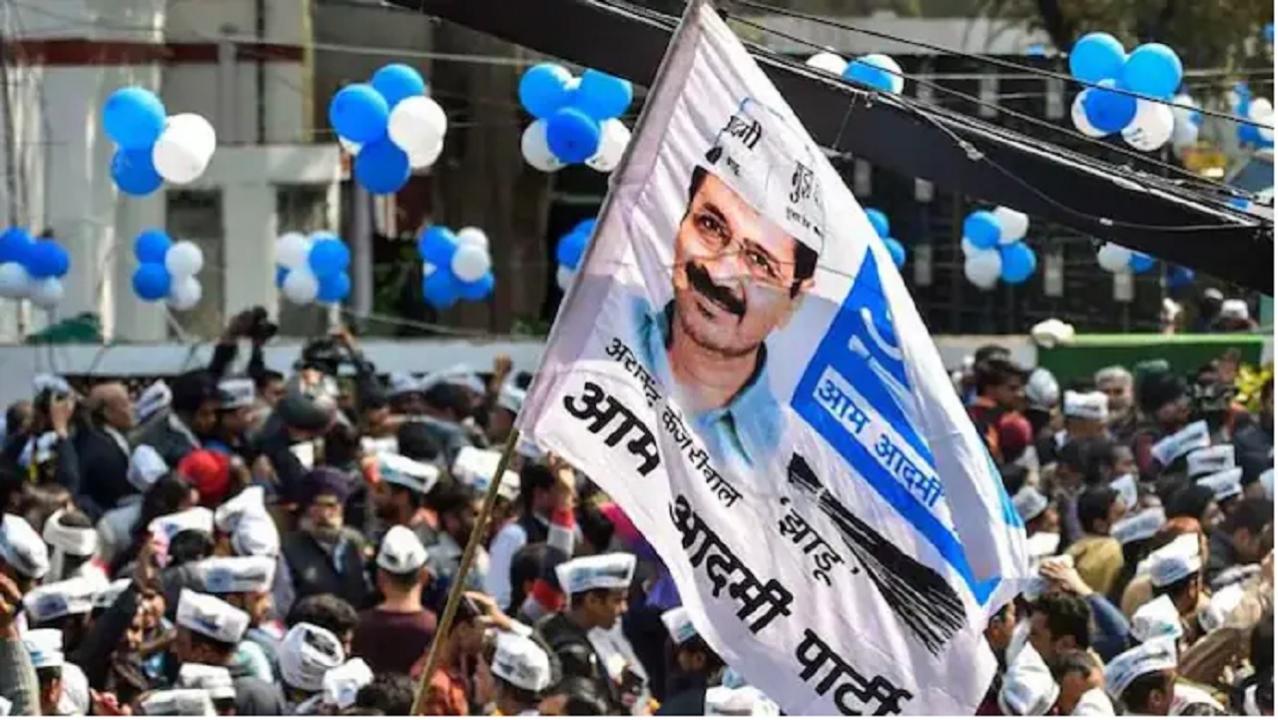 
AAP leader Vijay Nair, arrested in connection with alleged irregularities in the Delhi excise policy case, received Rs 100 crore in "kickbacks" from the 'south group' controlled by some businessmen and politicians, the Enforcement Directorate (ED) has informed a local court.

Leaders of the Aam Aadmi Party (AAP), some of whom are part of the government, considered the policy as a "device" to allegedly generate illegal funds at the cost of the state exchequer, it told the court on Wednesday.

"As per the investigation carried so far, Vijay Nair, on behalf of leaders of AAP has at least received kickbacks to the tune of Rs 100 crore from a group, called south group (controlled by Sarath Reddy, Ms K Kavitha, Magunta Srinivasulu Reddy) by various persons including Amit Arora," the ED said, adding Amit Arora "disclosed" this during the recording of his statement.

Kavitha on Thursday said she and her party leaders are ready to face any inquiry.

"We state that we will face any kind of inquiry. If the agencies come and ask us questions we will certainly answer. But tarnishing leaders' images by giving selective leaks to the media, people will refute it," Kavitha said in Hyderabad.

The agency also said that at least 36 accused, including Delhi Deputy Chief Minister Manish Sisodia and a PA of Chief Minister Arvind Kejriwal, "destroyed or used" 170 phones in order to conceal evidence of "kickbacks" worth thousand of crores of rupees in the alleged scam.

"The policy was formulated with deliberate loopholes, in-built mechanism to facilitate illegal activities and is marred with deliberate inconsistencies which when looked deeply, reflect malafide intentions of policy-makers," it alleged.

"This policy, though on the face of it, has promising and laudable objectives of stopping cartelisation and encouraging fair trade practices, in reality it promoted cartel formations through back door, awarded exorbitant wholesale (12 per cent) and huge retail (185 per cent) profit margins and incentivised other illegal activities on account of criminal conspiracy of leaders of AAP (Aam Aadmi Party)," it alleged.

The federal probe agency also claimed that the Delhi government "lost revenue of 12 per cent or Rs 581 crore...only to fill the personal coffers of leaders of the AAP and overall the total loss of revenue due to alleged irregularities in the policy stood at Rs 2,873 crore (including loss of licence fee)".
The agency made these claims while seeking the remand of Amit Arora, director of liquor company Buddy Retail Pvt Limited, from a local court after his arrest on Tuesday night. The court on Wednesday sent him to ED custody till December 7.

"An attempt was also made to see that the evidence pertaining to the commission of this scam running into thousands of crores were either destroyed which would contain valuable digital data and material to prove further kickbacks," the agency alleged.

"It is pertinent to note that major evidences with respect to the subject liquor scam were stored in digital formats both in mobile phones and laptops. However, as soon as the scam was unearthed and the case was handed over to investigating agencies, large number of digital devices were found to be destroyed/changed by the persons involved/suspected to be involved in this case," the ED alleged.

At least 36 accused or suspects involved in the "excise scam" have destroyed or used 170 phones (as per IMEI analysis), it alleged.

"There is no earthly reason for the suspects to change their mobile phones, specifically the phones that were used during the period of the scam," it said.

The "magnitude" of the destruction is such that most suspects, liquor barons, senior government officials, the excise minister of Delhi (Sisodia) and other suspects have changed their phones multiple times, it said, adding the cost of the phones involved in these instances is about Rs 1.38 crore.

Fortunately, it told the court, the ED has been able to recover 17 out of 170 phones, otherwise the kickbacks would have been much more and involvement of other important persons would have surfaced more clearly.

The ED annexed a report in the remand note, saying Sisodia handled four different mobile numbers and their IMEIs changed 14 times between June 6 and October 14 this year.

International mobile equipment identity (IMEI) is a unique number that identifies a cellphone. However, dual SIM phones can have two such unique codes.

The ED told the court that in the phones recovered by it, data was found to be "deleted/formatted".

"It is in this background and hardship that the ED had to investigate. Despite this, incriminating material has been unearthed by the ED through the arduous process of extraction and examination of numerous devices," the ED said.

The agency alleged that Amit Arora played a "crucial role" in the alleged scam and he has been instrumental in connecting the cartels of liquor manufacturers, wholesalers and retailers to the political leadership and facilitating six per cent kickbacks by working closely with Dinesh Arora (another accused whom the CBI has made approver in the case) and Nair (arrested earlier) who were working "on behalf of AAP leaders."

It alleged that the "political leaders of AAP" received kickbacks at three levels by introducing irregularities in the implementation of the Delhi excise policy, which has now been scrapped.

The ED said Nair was "not an ordinary worker" of the AAP but a "close associate of Kejriwal. It said Nair recorded statements with the ED saying he functions from the camp office of Kejriwal and lives in the government bungalow allotted to Gahlot, who "ironically" lives in Najafgarh in southwest Delhi.