The two were produced before metropolitan magistrate S P Patel after their police custody ended. The police did not seek their further remand, said special public prosecutor Amit Patel 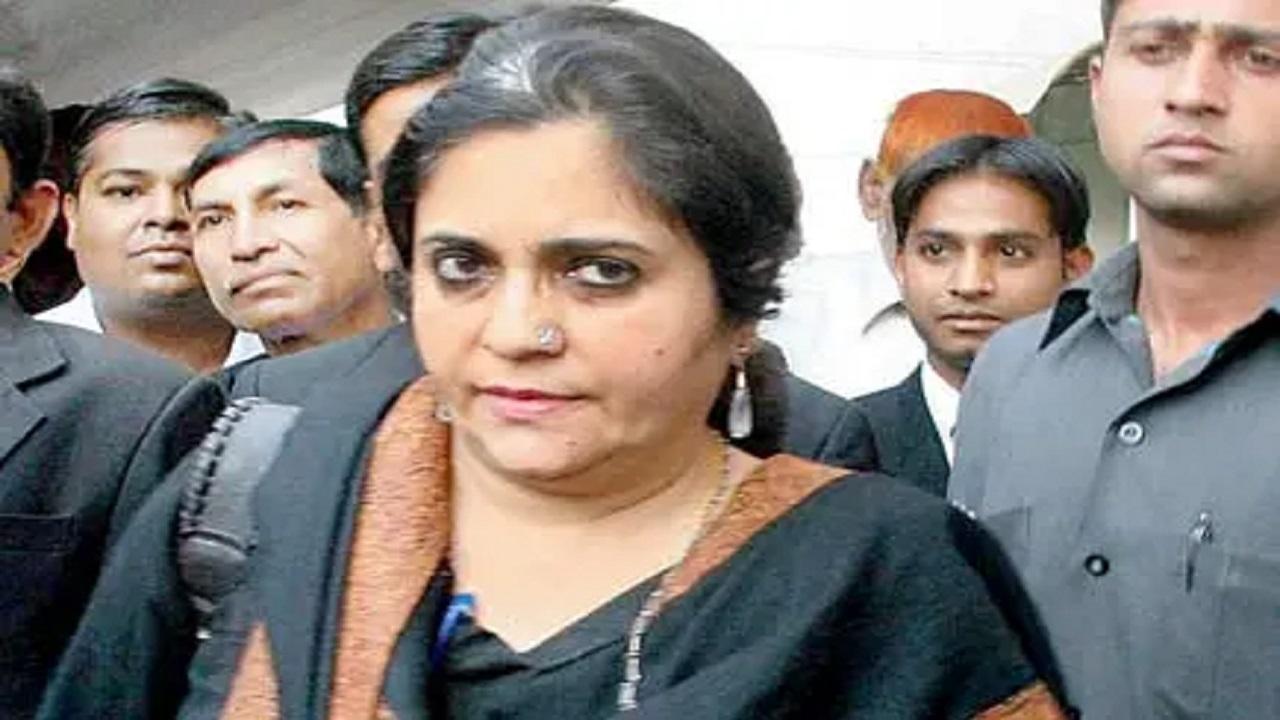 
A court here on Saturday sent activist Teesta Setalvad and former Director General of Police R B Sreekumar, arrested for alleged fabrication of evidence regarding the 2002 Gujarat riots cases, in 14-day judicial custody.

The two were produced before metropolitan magistrate S P Patel after their police custody ended. The police did not seek their further remand, said special public prosecutor Amit Patel.

Setalvad and Sreekumar were arrested over a First Information Report (FIR) registered last Saturday by the Ahmedabad police crime branch.

"The investigation officer did not ask for any further custody. They were hence sent in 14-day judicial custody," prosecutor Patel said.

Sreekumar was arrested last Saturday and Setalvad the next day after being picked up by the Gujarat Anti Terrorist Squad from her home in Mumbai.

Former IPS officer Sanjiv Bhatt, who is serving life sentence in a custodial death case in a jail at Palanpur in Banaskantha district, is also an accused in the case. He will be brought to Ahmedabad on transfer warrant, police sources said.

The crime branch registered the FIR against them a day after the Supreme Court dismissed a petition challenging the clean chit given by a Special Investigation Team to then chief minister Narendra Modi and others in the 2002 post-Godhra riots cases.

Sreekumar, Setalvad and Bhatt have been accused of conspiring to fabricate evidence in an attempt to frame up innocent persons in Gujarat riots cases.

While dismissing the petition filed by Zakia Jafri whose husband and former Congress MP Ehsan Jafri was killed during the riots, the apex court had observed that "a coalesced effort of the disgruntled officials of the State of Gujarat along with others was to create sensation by making revelations which were false to their own knowledge."

Against Setalvad, Sreekumar and Bhatt, police have pressed Indian Penal Code sections 468, 471 (forgery), 194 (giving or fabricating false evidence with intent to procure conviction of capital offence), 211 (institute criminal proceedings to cause injury), 218 (public servant framing incorrect record or writing with intent to save person from punishment or property from forfeiture) and 120 (B) (criminal conspiracy).

Police took into consideration submissions made by the accused before the SIT formed by the Supreme Court to investigate riots cases as well as the Justice Nanavati-Shah Commission of Inquiry.

The Gujarat government has formed a three-member Special Investigation Team headed by the DIG, Gujarat ATS Deepan Bhadran to investigate the case.