As per the Home Minister's recent tweet, he is scheduled to inaugurate the Eastern and North-Eastern Zones Dairy Cooperative Conclave 2022 at Sikkim's Gangtok today, which will be later followed by a series of programmes in Assam 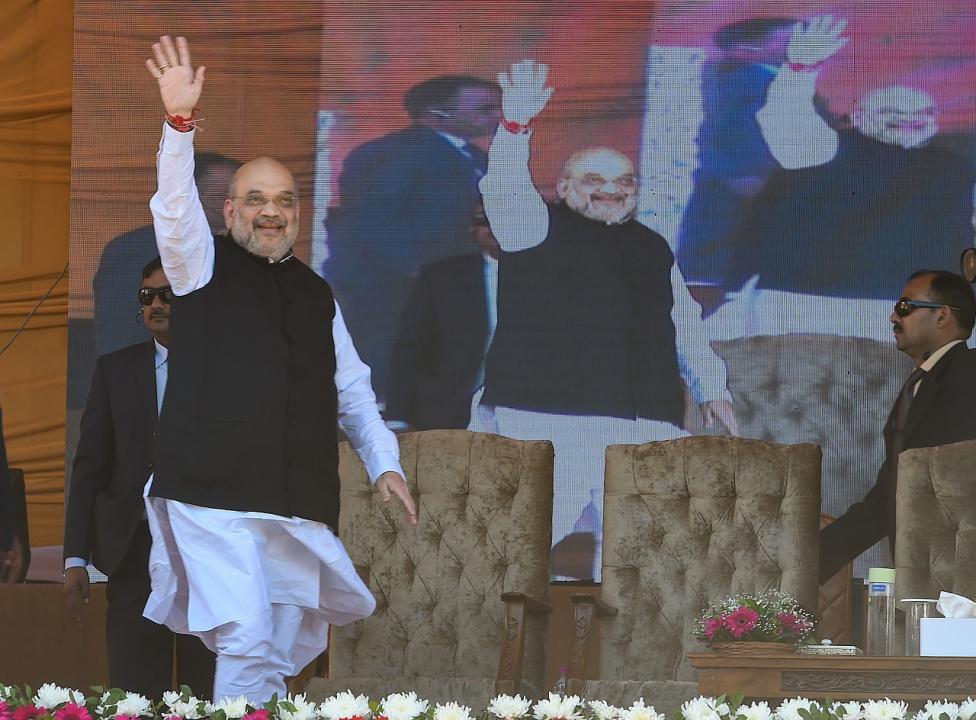 
Union Home Minister Amit Shah has left for his three-day visit to Sikkim and Assam on Thursday.

As per the Home Minister's recent tweet, he is scheduled to inaugurate the Eastern and North-Eastern Zones Dairy Cooperative Conclave 2022 at Sikkim's Gangtok today, which will be later followed by a series of programmes in Assam.

"Leaving for the Northeast on my 3-day visit to Sikkim and Assam. Today will inaugurate the "Eastern and North-Eastern Zones Dairy Cooperative Conclave 2022" at Gangtok followed by a series of programs in Assam," Shah tweeted.

According to Assam State BJP president Bhabesh Kalita, the top leaders of the party will inaugurate the newly constructed Assam state BJP office at the Basistha area of Guwahati on Saturday, in the presence of Chief Minister Himanta Biswa Sarma, Union minister Sarbananda Sonowal and state party leaders.

Nadda and Shah will also attend the party workers' meeting at the Veterinary College playground, Khanapara in Guwahati.

"Our party national president JP Nadda and Union Home Minister Amit Shah will reach Guwahati on October 7 evening and they will attend a party meeting. They will also attend party workers meeting to be held at Veterinary College playground, Khanapara where around 35,000-40,000 party workers across the state will participate," Bhabesh Kalita told ANI on Thursday.

Kalita said that the preparations for the programmes have already been made.

Official sources said Shah will attend a series of official meetings on Saturday evening and Sunday morning. The Union Home Minister will attend the Conference of the Superintendent of Police at the Police Training College at Dergaon on Sunday and will then depart from the state on Sunday following several official engagements.

According to BJP office bearers, the soon-to-be inaugurated Assam BJP state headquarters would be the biggest office of the Bharatiya Janata Party in the northeastern region. With state-of-the-art infrastructure, the BJP office is expected to be full of all modern amenities.

Spread over 95,000 square feet, the building will have six floors and an open rooftop premise.

The foundation stone for this office of the BJP in Assam was laid by the then-party president Amit Shah in February 2019.

Prime Minister Narendra Modi had laid special emphasis on the progress of the north-east region through various programmes as he himself made over 50 visits to the region.

In 2016 the BJP came to power in Assam for the first time breaking the record term of the Congress party and becoming the only party in the state apart from the Congress to have back-to-back governments.

In 2017 the BJP formed a government in Manipur and also repeated its government again in 2022.

Another first by BJP in the region was the formation of the government in Tripura ending the Left rule of over two decades in 2018. The BJP continues to be in power in Arunachal Pradesh as well as in coalition governments both in Meghalaya and Nagaland.