Amravati-based shop owner Umesh Kolhe was brutally killed on June 21, after he wrote a post in support of Nupur Sharma on social media 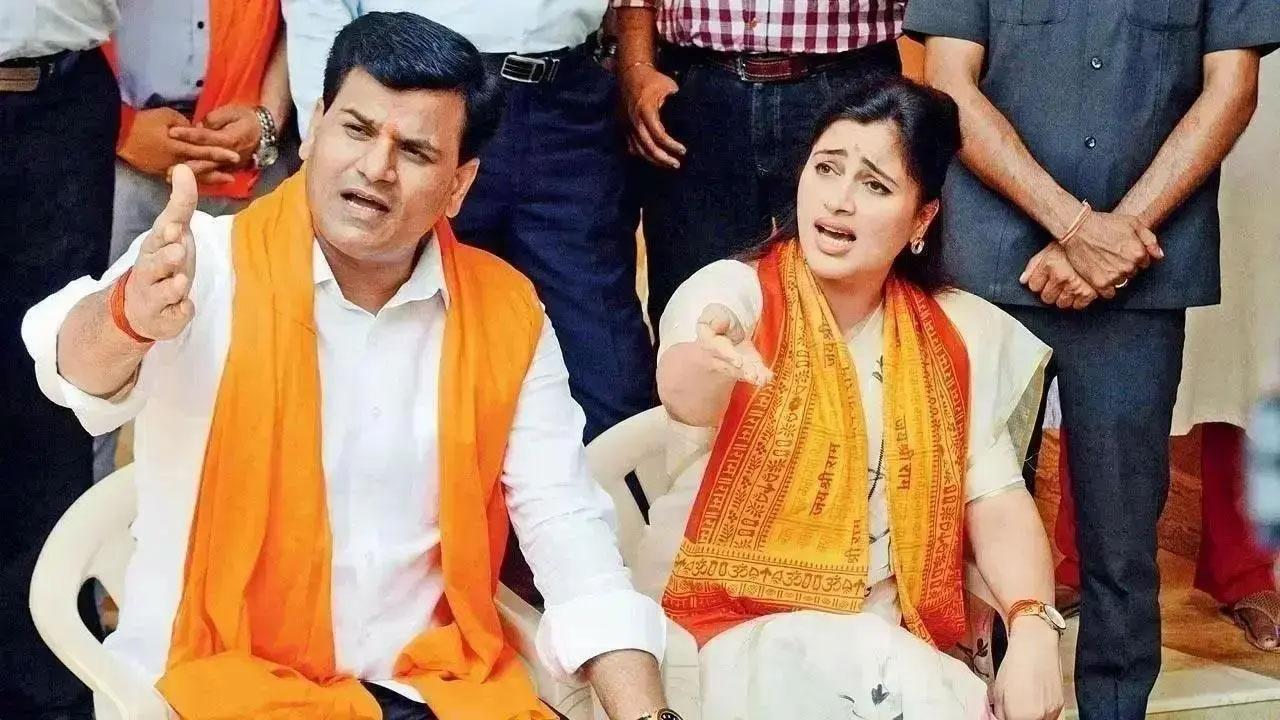 
Amravati MP Navneet Rana while raising questions over the city police commissioner Aarti Singh for "suppressing the case" of the brutal killing of the 54-year-old chemist that took place on June 21, called for an enquiry against her. Amravati-based shop owner Umesh Kolhe was brutally killed on June 21, after he wrote a post in support of Nupur Sharma on social media.

Rana alleged that the CP revealed the details about the case after 12 of after the incident took place which was "similar to the Udaipur murder" that took place days after the Amravati murder. "We wrote a letter to Union HM Amit Shah and he took action by sending NIA. After 12 days Amravati CP came in front of the media and said that the case is similar to the Udaipur murder & is related to content posted about Nupur Sharma," she said.

"After 12 days she's giving clarification on the incident. She first said that it was a robbery and tried to suppress the case. An enquiry must also be done against Amravati CP," Rana added. Union Home Minister Amit Shah has directed the National Investigation Agency (NIA) to take over the probe into the brutal killing of Maharashtra's Amravati-based shop owner Umesh Kolhe on June 21, after he wrote a post in support of Nupur Sharma on Facebook.

Home Minister's Office (HMO) made the announcement through its Twitter handle as the matter was similar to the Udaipur case in which a tailor Kanhaiya Lal Teli was killed in broad daylight by two men. "MHA has handed over the investigation of the case relating to the barbaric killing of Umesh Kolhe in Amravati Maharashtra on 21st June to NIA," HMO India tweeted.

In the tweet, it is directed that "the conspiracy behind the killing, involvement of organisations and international linkages would be thoroughly investigated". Exactly a week before tailor Kanhaiya Lal Teli was hacked to death in Udaipur, Umesh Prahladrao Kolhe, a 54-year-old chemist, was killed in Maharashtra's Amravati district on June 21.

Investigators so far believe that Kolhe was killed allegedly in retaliation for a social media post supporting BJP's Nupur Sharma who had made controversial comments on the Prophet in a television debate. The police on Saturday arrested the mastermind and seventh accused in the brutal killing of Umesh Kolhe. The accused has been identified as Shaikh Irfan Shaikh Rahim. "Police have arrested the seventh accused and the mastermind in connection to Umesh Kolhe murder case," said Police Inspector, City Kotwali PS (Amravati), Nilima Araj.