For the second month in a row, Godavari has crossed the second danger level as the discharge at Sir Arthur Cotton Barrage at Dowaleswaram near Rajamahendravaram rose further to 14.09 lakh cusecs (cubic foot of water flow per second) on Thursday night 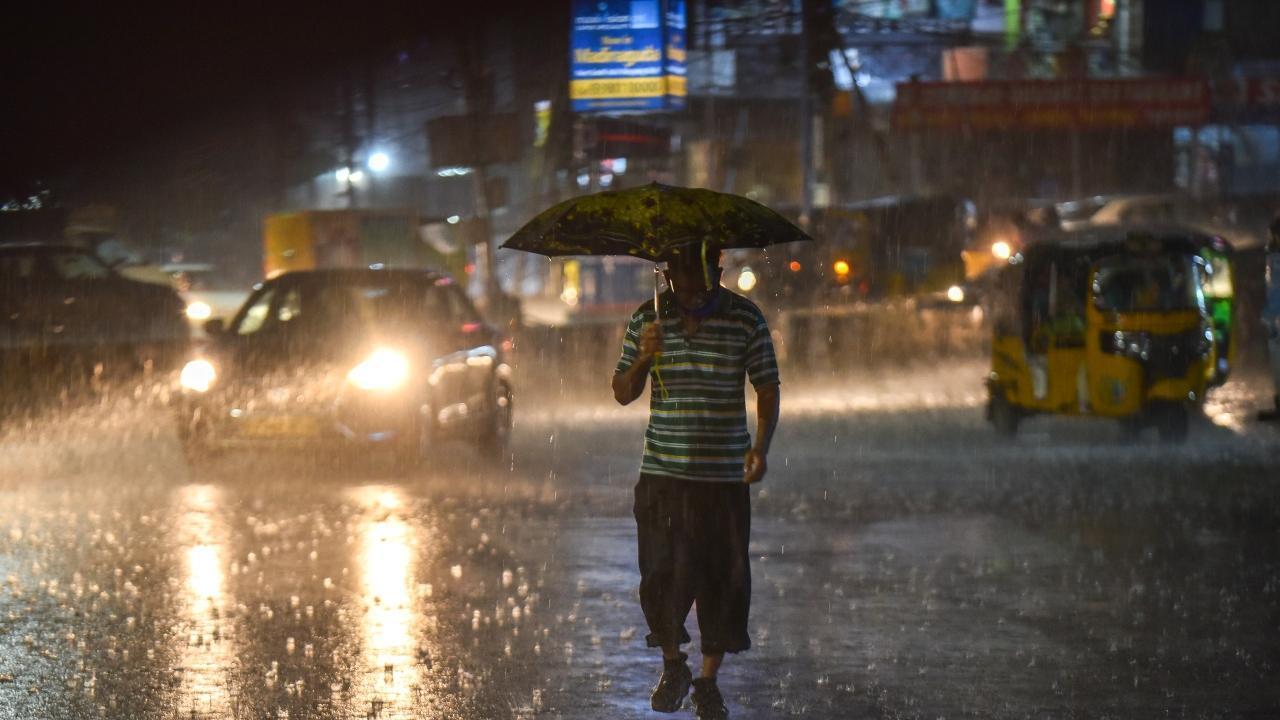 
Rivers Godavari and Krishna were flowing with full fury on Thursday as copious inflows turned into a flood, posing a threat to at least eight districts in Andhra Pradesh.

For the second month in a row, Godavari has crossed the second danger level as the discharge at Sir Arthur Cotton Barrage at Dowaleswaram near Rajamahendravaram rose further to 14.09 lakh cusecs (cubic foot of water flow per second) on Thursday night.

On the other side, the major reservoirs on river Krishna have been filled to the brim with heavy inflows from the catchment.
The flood discharge at Prakasam Barrage in Vijayawada, which stood at 1.32 lakh cusecs on Thursday night, is expected to rise to four lakh cusecs by Friday morning, according to the State Disaster Management Authority.

"We have alerted the authorities of the respective districts to remain on alert and take necessary precautionary measures as the flood flow is increasing in the rivers," SDMA Managing Director B R Ambedkar said in a release.

Three teams each of the National Disaster Response Force and the SDRF, with a total of 178 personnel, have been positioned in B R Ambedkar Konaseema, Alluri Sitarama Raju and Eluru districts for carrying out rescue and relief operations as several mandals are affected by the flood.

"We are constantly monitoring the situation from the State Emergency Operations Centre here and taking necessary steps," Ambedkar said.

The Inter-Ministerial Team of officials from the Centre visited B R Ambedkar Konaseema district to assess the damage caused by the Godavari flood last month, even as tens of lanka (island) villages got inundated in the fresh deluge.

Special Chief Secretary (Revenue-Disaster Management) G Sai Prasad presented a report on the flood damages to the Central team and requested that liberal assistance be extended as the deluge last month left an unprecedented impact.

Meanwhile, the Srisailam reservoir on river Krishna has been filled to the brim, following which over four lakh cusecs of water is being discharged downstream.

Following this, 26 crest gates of the dam have been lifted and 4.23 lakh cusecs of water is being discharged from Nagarjuna Sagar.

More than four lakh cusecs is, accordingly, being let out from Dr K L Rao Pulichintala to Prakasam Barrage downstream in Vijayawada.