Another body chopped up, stored in fridge, dumped in Delhi 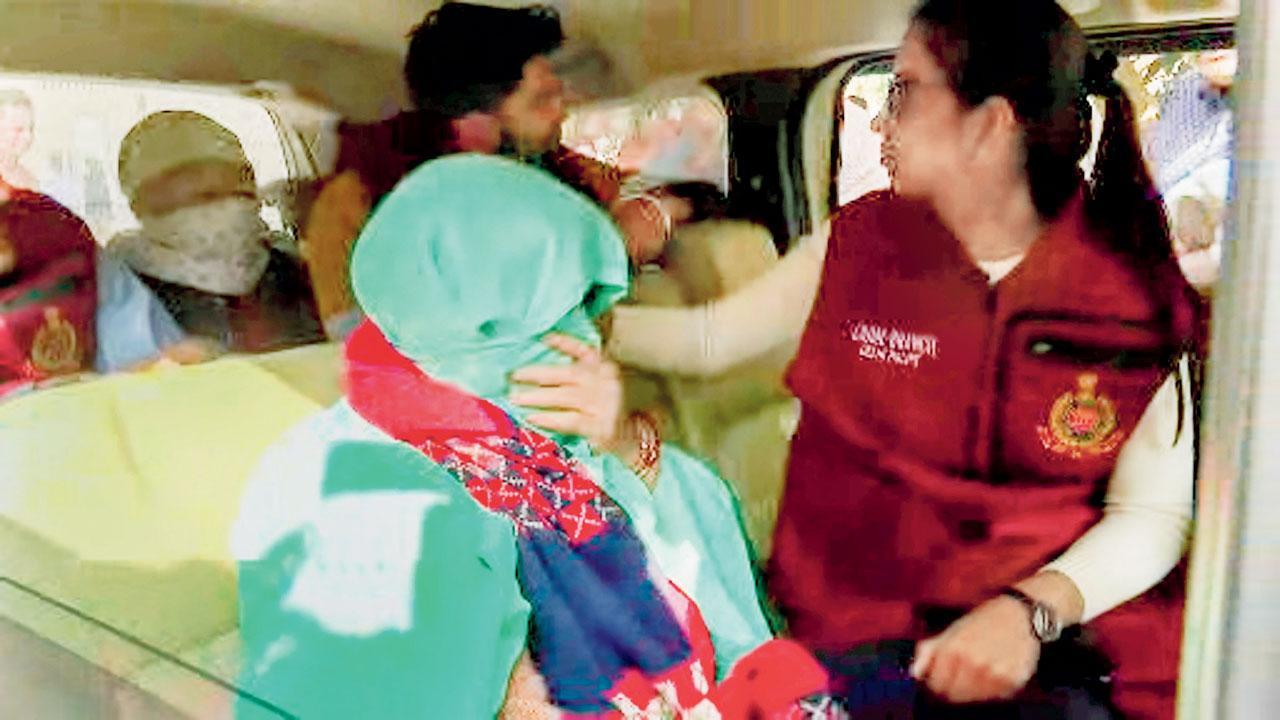 Cops take away mother, son, in Delhi, on Monday. PIC/PTI


In a chilling recall of the Shraddha Walkar murder case, a woman and her son allegedly killed her husband, chopped his body into pieces and kept them in a fridge before dumping them across east Delhi, police said on Monday.

Anjan Das, 45, was killed on May 30 by his wife Poonam, 48, and stepson Deepak, 25, who were arrested from Pandav Nagar. Some of Anjan’s body parts were found stuffed inside a bag at the Ramlila Ground in Kalyanpuri on June 5, police said.

Over the next few days, his legs, thighs, skull and a forearm were recovered following which cops filed a case under IPC Sections 302 (murder) and 201 (causing disappearance of evidence). Anjan has a wife and eight sons in Bihar, but he hid this fact from Poonam, cops said.

The accused told police that they mixed sleeping pills in Das’s drink and after he fell unconscious, used a knife and a dagger to kill him. They then slit his throat and waited for the blood to drain out completely before chopping it into pieces. Following the recovery of body parts in June, police analysed CCTV camera footage of the area and conducted door-to-door verification, which led them to Poonam and Deepak.

Police became suspicious of the two after realising that they had not lodged a missing person complaint and when questioned. Later, they confessed. The case is eerily similar to Walkar’s murder, whose partner Aftab Poonawala chopped her body and stored them in the fridge until disposing them of in Mehrauli jungle.