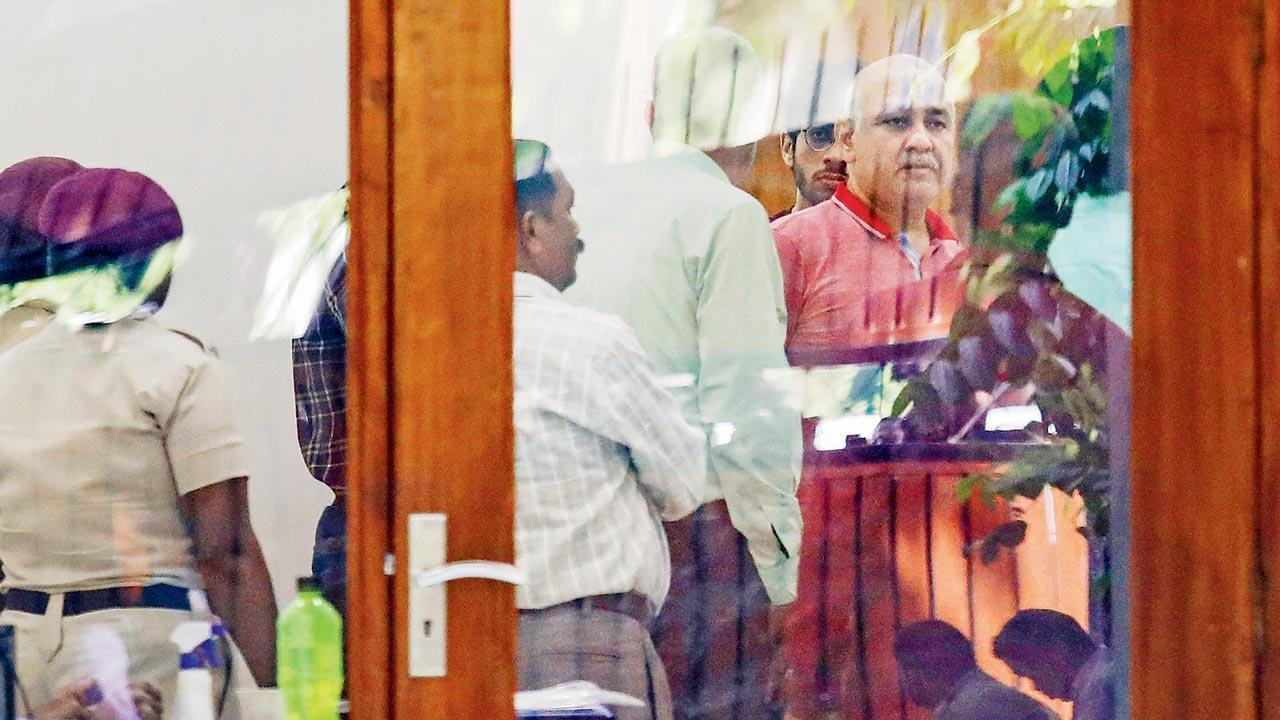 Manish Sisodia with CBI officials who raid his house on Friday. Pic/ANI


The Narendra Modi government is “scared” of Chief Minister Arvind Kejriwal’s “growing popularity”, the AAP claimed on Friday after a CBI raid at Manish Sisodia’s Delhi residence while the BJP hit back with corruption allegations.

The CBI raided 21 locations in seven states and UTs. The raids follow CBI’s FIR that allege irregularities in formulation and execution of the Delhi Excise Policy brought in November last year. It is alleged that undue financial favours were extended to liquor licensees after the tenders were awarded, causing loss to exchequer.

AAP MP Raghav Chadha said, “During raids at Sisodia’s residence, they will get four pencils, notebooks and a geometry box.”

Sisodia, who also holds the education portfolio, said the CBI is welcome and said the truth will come out. In a series of tweet, he said these people are troubled because of the excellent work done by the Delhi government in health and education sectors.

“That is why ministers of both departments are targeted to stop us from good work in health and education sectors,” he said referring to the arrest of Health Minister Satyendar Jain in a money laundering case.

Delhi Chief Minister and AAP head Arvind Kejriwal said raid was the result of Sisodia’s good performance that is being appreciated globally. “The day Delhi’s Education model was appreciated and Manish Sisodia’s photo appeared on the front page of America’s biggest newspaper NYT, the Centre sent CBI at the residence of Manish. CBI is welcome. Will extend full cooperation. Earlier also there were raids and probe. Nothing came out. Nothing will come out now also,” Kejriwal tweeted.

Protester of ‘misuse’ by Centre, Congress backs raids on dyCM

The Congress, which has been a staunch protester of ‘misuse’ of central probe agencies by the Centre, on Friday backed the raids
on Manish Sisodia. “It isn’t surprising. We have been hearing about what has been happening in the Delhi govt for the past 7-8 years. It is surprising that the CBI raids didn’t happen earlier...there should’ve been not one but 10 CBI raids,” Congress leader Sandeep Dikshit told ANI. Congress spokesperson Pawan Khera and Delhi Congress Chief Anil Kumar also commented in favour of the raids.