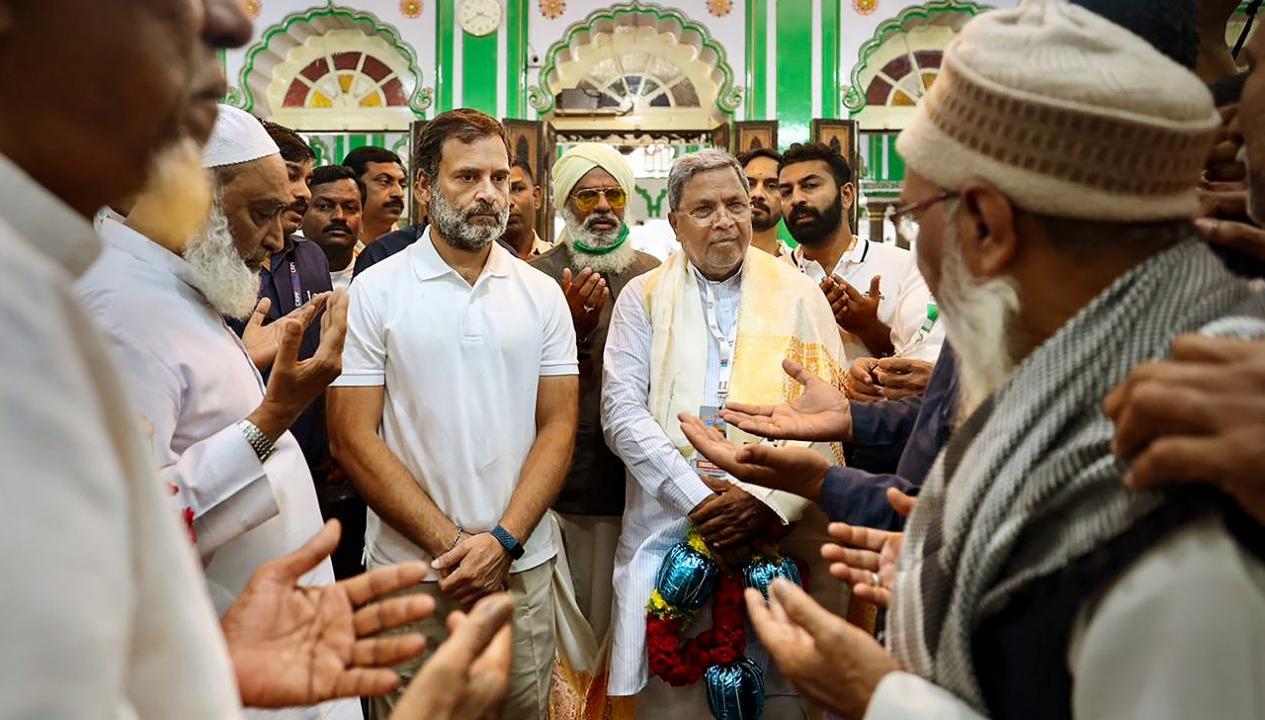 Congress leader Rahul Gandhi with party leader Siddaramaiah and others during a visit to Masjid-e-Azam amid the party's 'Bharat Jodo Yatra', in Mysuru. Pic/PTI

According to sources, Sonia Gandhi and Priyanka Gandhi are scheduled to reach Mysuru city at noon and proceed to Mandakalli airport in Mysuru by a special flight.

Both the leaders would visit the Chamundeshwari hills and seek the Goddess's blessings. Later, they would leave by helicopter for hill station Kodagu where they will rest for a couple of days.

Rahul Gandhi will also join them in Kodagu and spend some time with them there. Against the backdrop of the Vijaya Dashami (Navratri) festivities in Karnataka, the Bharat Jodo Yatra will be halted for two days --Tuesday and Wednesday.

He further stated that if health permits, Sonia Gandhi would also join the padayatra on that day.

Senior party leader A.S. Ponnanna has been given responsibility of monitoring the visit for top Congress leaders. Gandhis would stay at the Coorg Wilderness Resort in Megeri village of Madikeri taluk. The CRPF personnel are providing security for the resort.

After covering Chamarajanagar and Mysuru districts, the yatra entered Mandya district this morning.

On Monday, Rajya Sabha member Jairam Ramesh tweeted, "After the downpour of last night created iconic images, day 26 of Bharat Jodo Yatra started at 6.30 am from the heart of historic Mysuru."

Rahul Gandhi and padayatris will be walking 22 kilometers at a fast clip today (Monday) to reach the end point 3 hours before the usual schedule of 4.30 p.m."