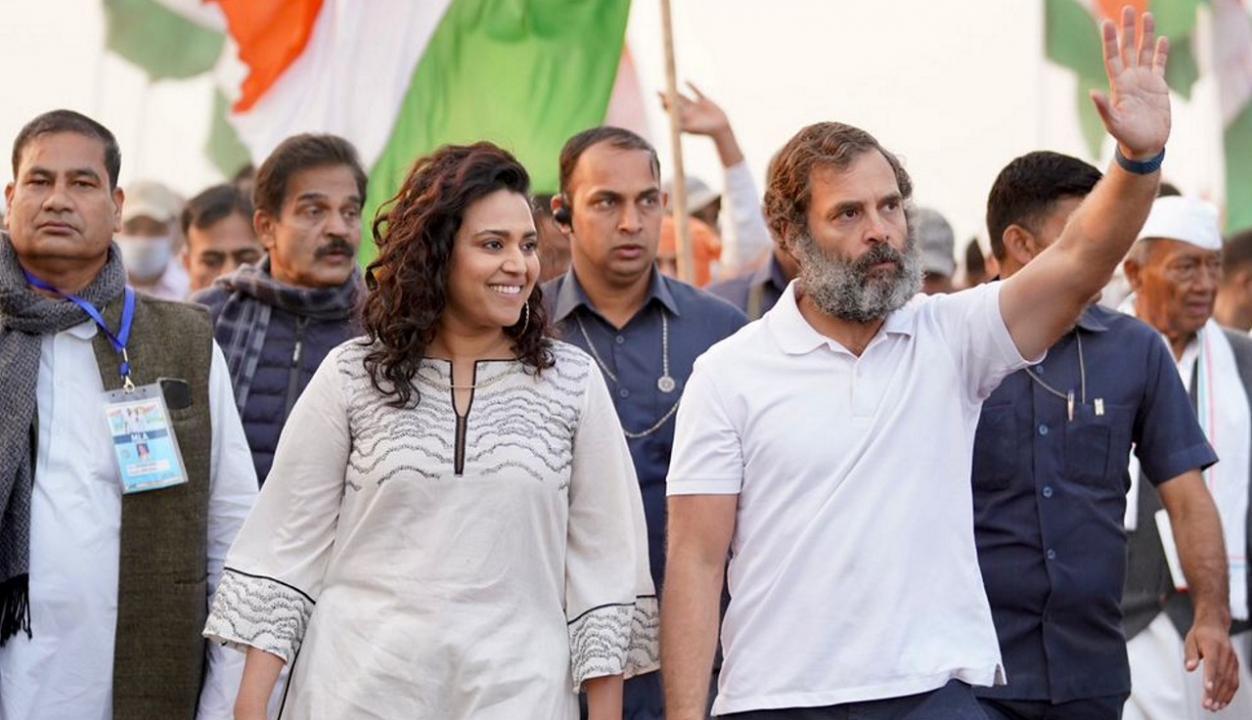 
The Bharat Jodo Yatra led by Congress MP Rahul Gandhi resumed from Ujjain on Thursday morning after a day's break and headed for Agar Malwa, the last district of its Madhya Pradesh leg.

The foot march, a mass contact programme of the Congress, started from R D Gardi Medical College on the outskirts of Ujjain at around 6 am.

The yatra will stop for the morning break in Nazarpur village around 10 am.

It will resume in the afternoon from Ghaatiya bus stand.

The yatra is scheduled to cover a distance of 380 km in the politically crucial Malwa-Nimar region of western Madhya Pradesh within 12 days.

The Assembly elections in the Bharatiya Janata Party (BJP)-ruled state are due next year.

From Madhya Pradesh, the yatra will enter Rajasthan on December 4, according to a programme announced by the Congress.

It has so far passed through Burhanpur, Khandwa, Khargone and Indore districts of MP.

During the yatra in Ujjain, Gandhi on Tuesday visited the famous Lord Mahakal Temple, one of the 12 jyotirlings in the country.

Before that, he had also offered prayers at the Omkareshwar Temple, another jyotirling in Khandwa district.

Next Story : 30 per cent drop in stubble burning incidents in Punjab as compared to last year: Minister