Tejashwi Yadav, said his father's condition is now stable and they will be taking him to Delhi for further treatment 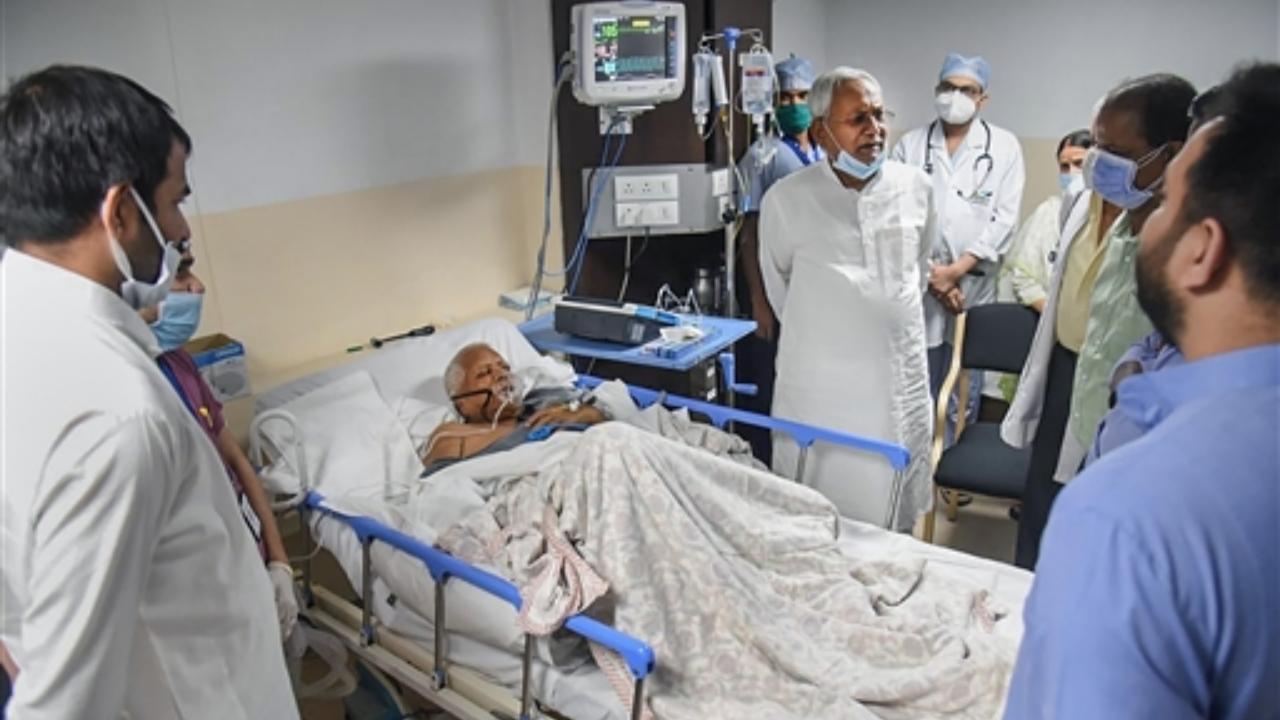 
Bihar Chief Minister Nitish Kumar paid a visit to Rashtriya Janata Dal (RJD) chief Lalu Prasad Yadav on Wednesday to enquire about his health at the Paras Hospital in Patna, where Yadav is undergoing treatment for his fractured shoulder.

His son, Tejashwi Yadav, said his father's condition is now stable and they will be taking him to Delhi for further treatment.

"His condition is stable. Everyone knows about his kidney and heart issues for which his treatment was going on in Delhi. Those doctors have his medical history and that's the reason we are taking him to Delhi," he said outside the hospital.

Tejashwi also added that they might also take him to Singapore if the situation calls for them to take him there for his further recovery.

"All in politics, even those in other parties, even PM Modi, and Rahul Gandhi have called to enquire about his health. We are together in this," he added.

On July 4, the former Bihar Chief Minister was admitted to the hospital after he reportedly lost his balance and fell down the stairs at his home the last night, suffering a minor fracture in his right shoulder following which his health deteriorated.

He had to be brought into the hospital's emergency at 3:30 am and was kept under observation in the ICU.