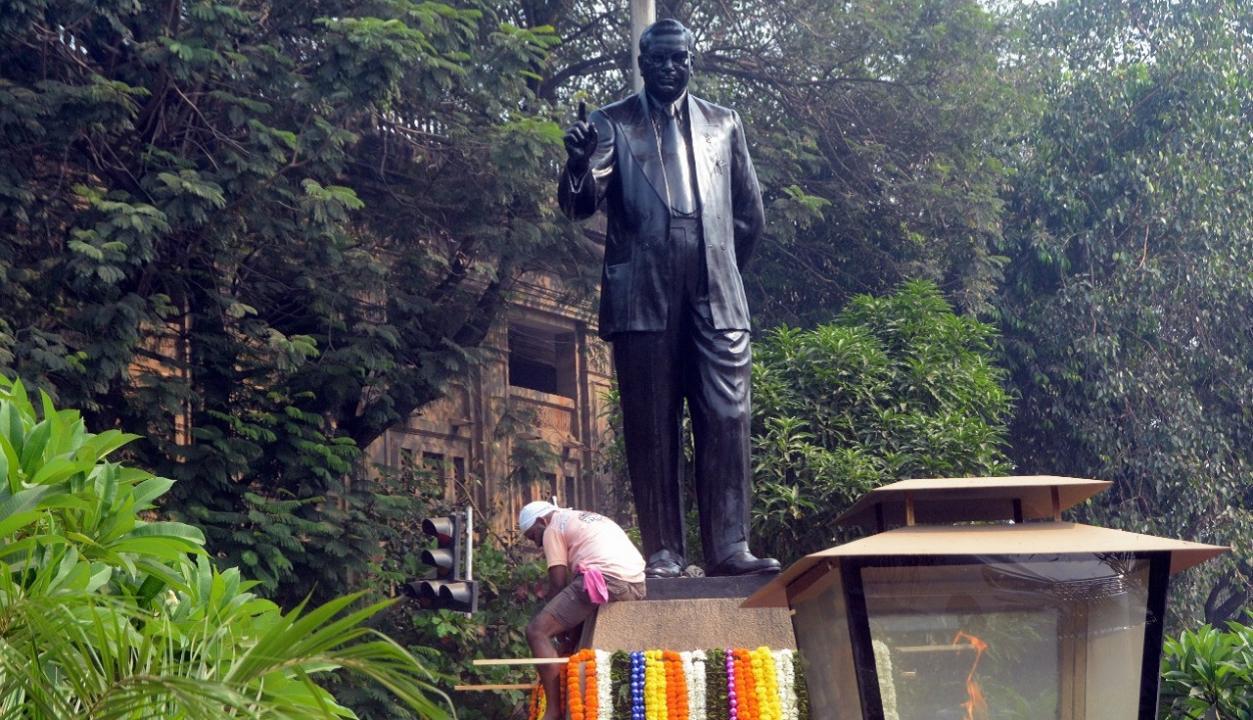 A statue of Dr BR Ambedkar near Mantralaya in Mumbai. Pic/Satej Shinde


Bhimrao Ramji Ambedkar was born on April 14, 1891. B R Ambedkar, popularly known as Babasaheb Ambedkar, played a major role as a jurist, economist, politician and social reformer. Ambedkar had a great role in shaping the constitution of India.

Ambedkar fought for the growth and upliftment of lower caste and untouchables. Born into a Mahar family on April 14, 1891, in Mhow town of Madhya Pradesh, he later inspired the Dalit movement and campaigned against social discrimination. He also served as the law minister of India (1947–51). He was awarded the Bharat Ratna posthumously, the country’s highest civilian award on 31 March 1990.

•    "If I find the constitution being misused, I shall be the first to burn it."

•    "I like the religion that teaches liberty, equality and fraternity."

•    "Caste is not a physical object like a wall of bricks or a line of barbed wire which prevents the Hindus from co-mingling and which has, therefore, to be pulled down. Caste is a notion; it is a state of the mind."

•    "I measure the progress of a community by the degree of progress which women have achieved."

•    "Equality may be a fiction but nonetheless one must accept it as a governing principle."

•    "So long as you do not achieve social liberty, whatever freedom is provided by the law is of no avail to you."

•    "A great man is different from an eminent one in that he is ready to be the servant of the society."

•    "Justice has always evoked ideas of equality, of proportion of compensation. In short, Justice is another name of liberty, equality and fraternity."