The row started after some members NSUI, the student wing of the Congress, burnt a pair of khaki shorts outside state education minister BC Nagesh's residence 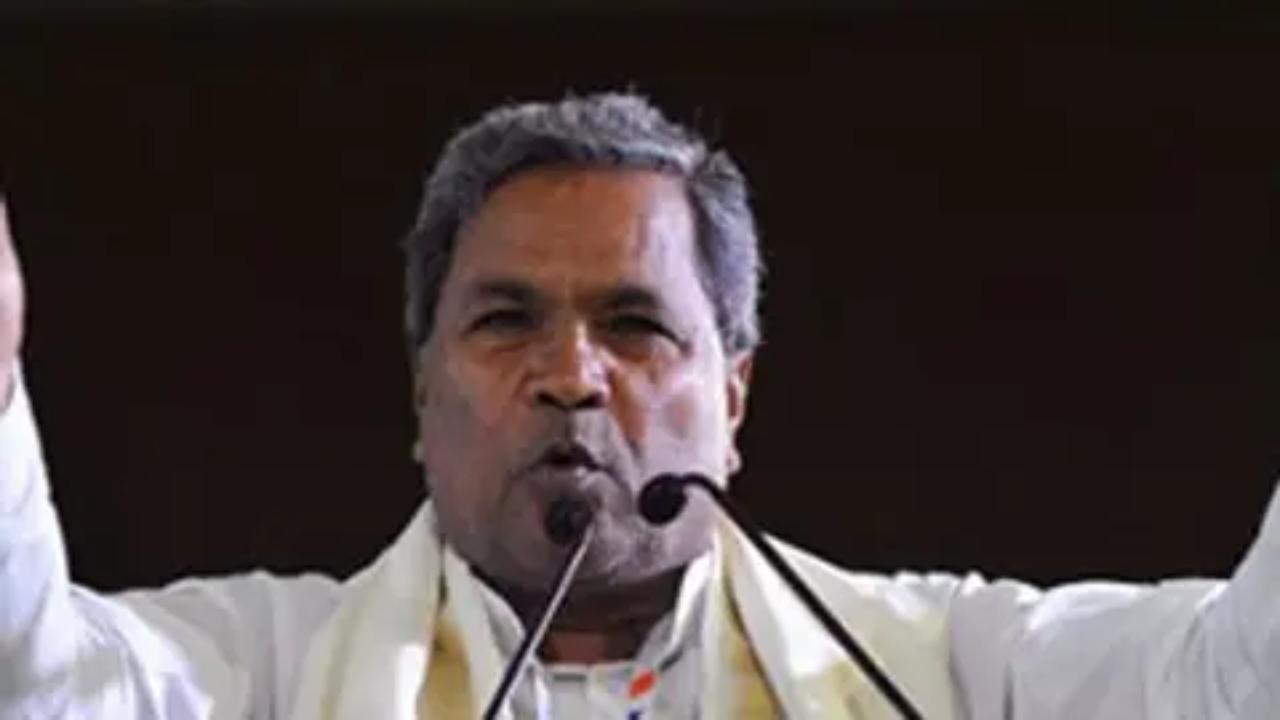 The row started after some members National Students' Union of India (NSUI), the student wing of the Congress, burnt a pair of khaki shorts outside state education minister BC Nagesh's residence against the alleged "saffronisation" of school textbooks in the state.

"I am telling you from the beginning that RSS is a non-secular organisation. Has a Dalit, OBC or a member from minority communities ever become Sarsanghchalak? What else can chaddis do? They do chaddi work only, chaddis do chaddi work," said Siddramaiah in Hubli.

Siddaramaiah was responding to a question about RSS workers collecting knickers to send them to the Congress office.

RSS workers in Mandya district have collected shorts to send to the Congress office as a mark of their protest against Siddaramaiah's remarks against RSS Khaki shorts.

On Sunday, the Leader of Opposition in Karnataka Assembly had said that 'chaddis' would be burnt as a sign of protest against the Rashtriya Swayamsevak Sangh for alleged "saffronisation" of school textbooks in the state.

Responding to Siddaramaiah's remarks, Karnataka Chief Minister Basavaraj Bommai on Tuesday said that the Congress leader should talk about the development and future of the state.

"Congress leader Siddaramaiah doesn't have any other subject, so he is talking about such things. People of Karnataka looking into all these things. He should talk about the development and future of the state," Bommai said.

Meanwhile, Karnataka Education Minister BC Nagesh said that Congress aims to politicise the textbook issue for the Assembly elections scheduled to be held next year.

"Their (Congress) aim is not the textbook, but to politicise the issue for elections. For the last 65 years, they were teaching false things to the students," Nagesh said.

Union Minister Pralhad Joshi said, "Siddaramaiah and Congress party's chaddi is loose already. They have torn chaddi. So they have gone ahead to burn chaddi. Their chaddi was lost in UP. Siddaramaiah lost his chaddi and lungi in Chamundeshwari."BJP leader Chalavadi Narayanswamy asked Siddaramaiah to seek permission from the pollution control board as burning chaddis would cause air pollution.

"If Siddaramaiah wants to burn chaddis, let him burn inside his house. I have told all District Presidents of SC Morcha to help Siddarammiah by sending their chaddis to him. Firstly, I ask Siddaramaiah to seek permission from the pollution control board because burning chaddis causes air pollution. I never thought Siddaramaiah would stoop to this level," he said.