The party, the sources said, has also approved 50 per cent representation to SCs, STs, OBCs and minorities at all levels of the organisation 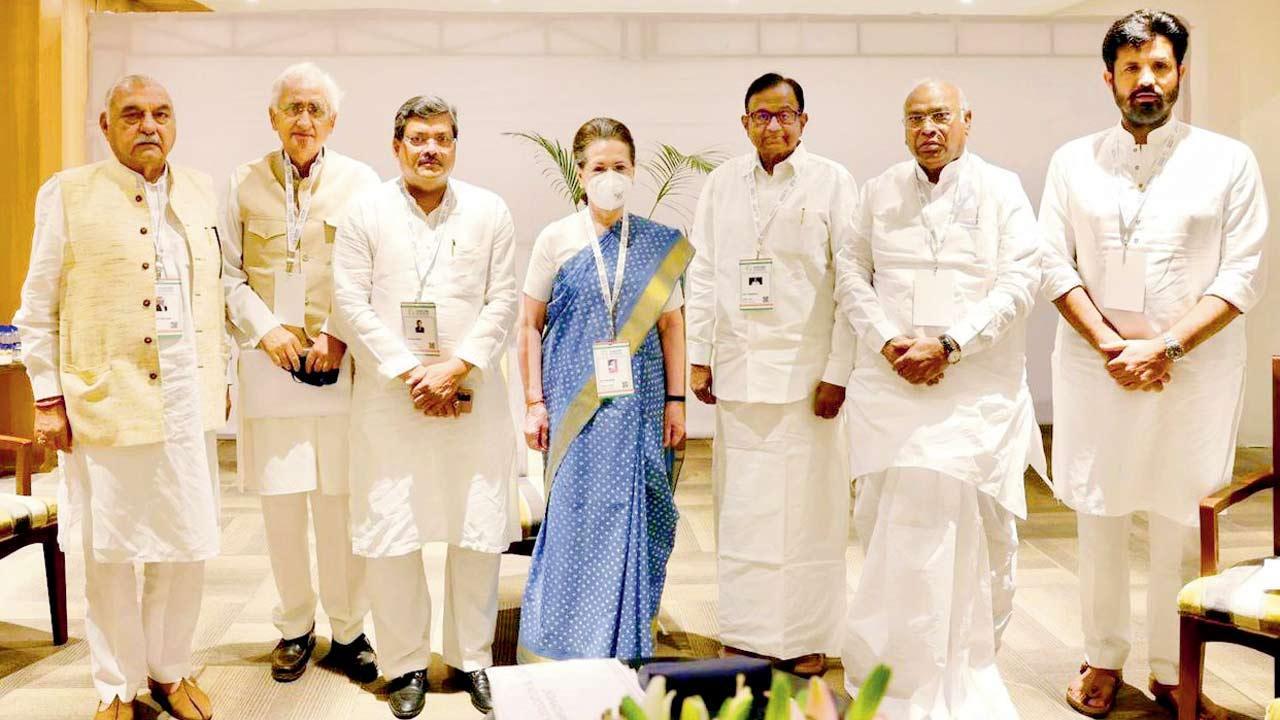 Sonia Gandhi with other party leaders, in Udaipur, on Sunday. Pic/ANI


The Congress on Sunday adopted a ‘Nav Sankalp’—a road map for wide-ranging reforms in the party organisation to make it battle-ready for the next round of assembly and Lok Sabha polls, sources said.

They said the party has adopted the “one-family, one ticket” formula with the rider, that another family member seeking to contest elections should have worked in the party in an exemplary manner for at least five years.

The party, the sources said, has also approved 50 per cent representation to SCs, STs, OBCs and minorities at all levels of the organisation, as part of its social engineering efforts to win the confidence of the weaker and oppressed sections of society.

After the three-day deliberations, the dedicated panels formed for the purpose submitted their reports to the Congress president. The Congress Working Committee (CWC) adopted the resolution after the final round of deliberations on key issues.

The declaration also includes the demand for legal guarantee to MSP for farmers, besides granting 50 per cent representation to those below 50 years of age in the party and making unemployment a major issue in the upcoming elections.