The Congress MLA claimed that he did this to show that there was no difference of caste and religion among the people. However, the video has evoked mixed responses on social media 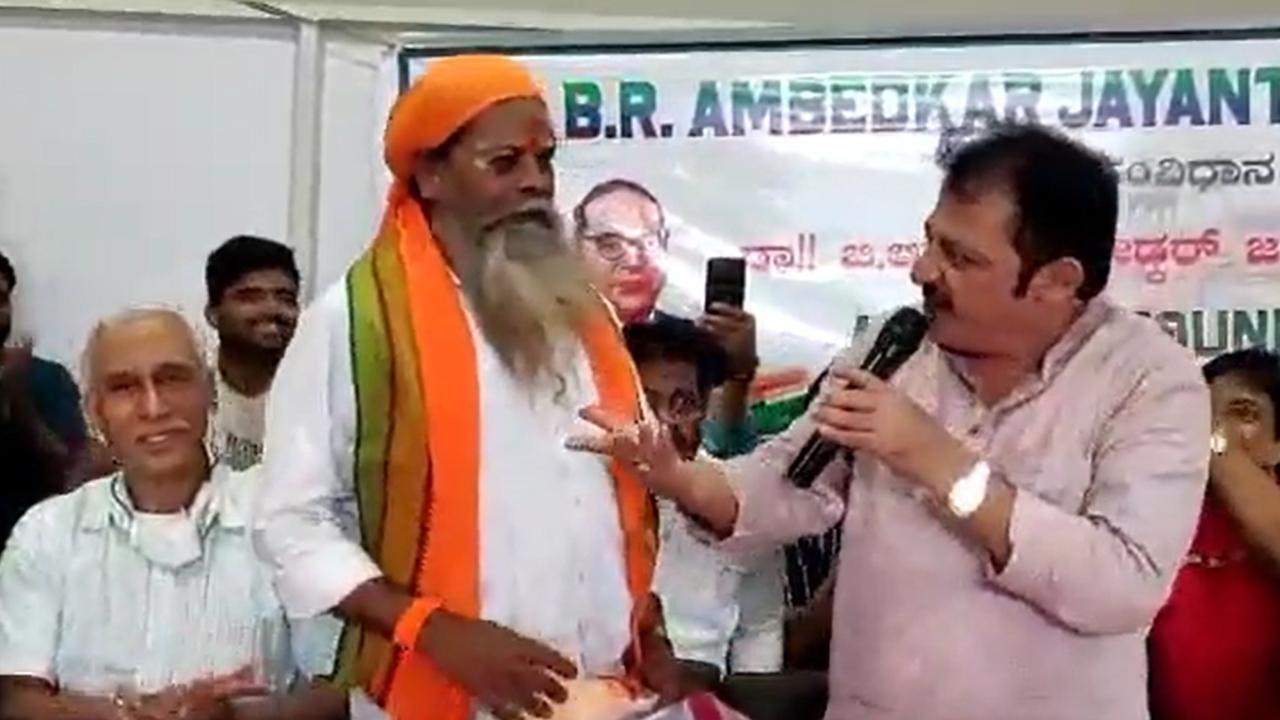 MLA B Z Zameer Ahmad Khan with seer during an event in Karnataka. Pic/Twitter, @BZZameerAhmedK


The video of Karnataka Congress MLA B.Z. Zameer Ahmad Khan feeding a Dalit seer food and later eating the same after forcing him to remove from his mouth has gone viral in Karnataka.

The Congress MLA claimed that he did this to show that there was no difference of caste and religion among the people. However, the video has evoked mixed responses on social media.

The incident took place on Sunday when Dalit seer Narayana Swamiji was attending a function to celebrate Dr Ambedkar Jayanthi and Eid Milad. While delivering a speech Zameer became emotional and before the audience could realise what was happening, he shocked everyone with his experiment.

After eating the food which was removed from the mouth of the Dalit Swami, Zameer stated that 'humanity binds all human beings and is above caste and religion'.

Zameer also served food to the civic workers during the function. He also took food from a Muslim Moulvi and ate it. He said that the true religion was to live like human beings.

He further stated that caste and religion will never interfere with human bondage. "All of us should live like brothers," he said.