Mohammed Zubair was arrested on Monday for allegedly hurting religious sentiments of Hindus through the tweet. On Tuesday, a Delhi court had extended his custodial interrogation by four days 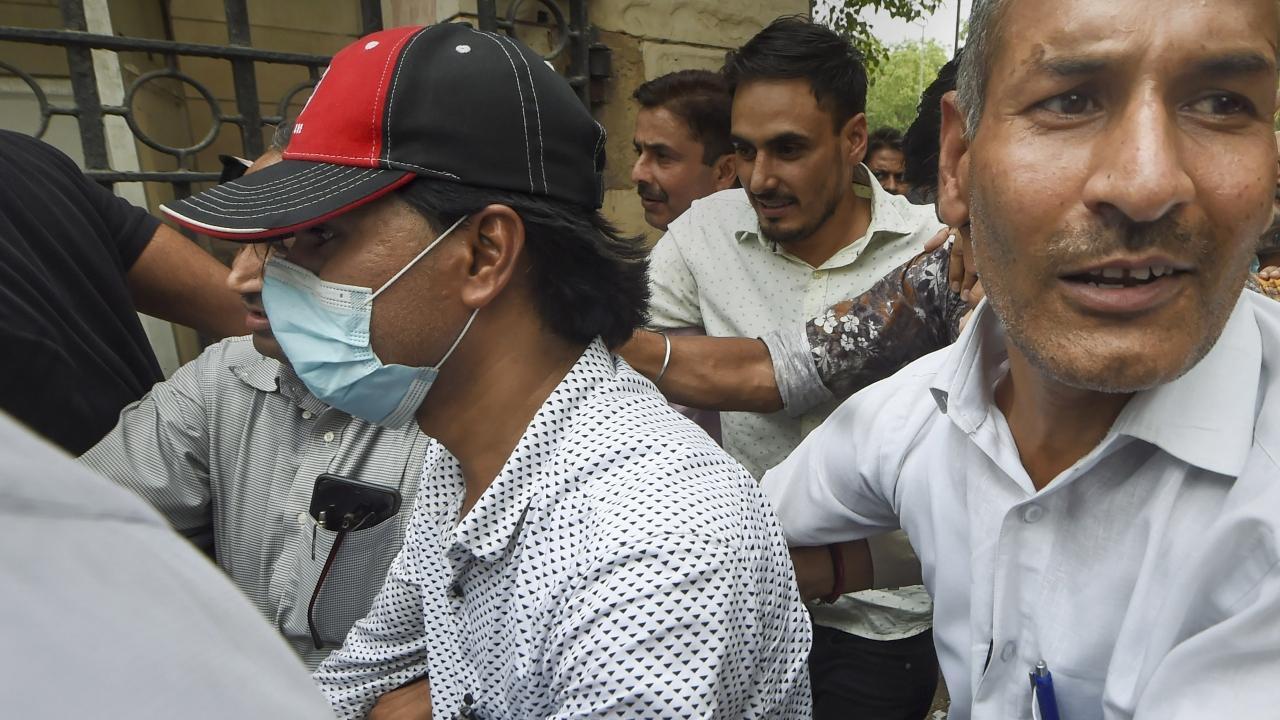 
A four-member team of the Delhi Police on Thursday reached Alt News co-founder Mohammed Zubair's residence in Bengaluru as part of the investigation related to his 2018 tweet that led to his arrest, police said.

Mohammed Zubair was arrested on Monday for allegedly hurting religious sentiments of Hindus through the tweet. On Tuesday, a Delhi court had extended his custodial interrogation by four days.

"Our four-member team, along with Zubair who is currently in police custody, has reached his house in Bengaluru. Our team members are there to collect electronic evidence in relation to the case. This includes his mobile phone or the laptop that he must have used to post the tweet in question," a senior officer said.

On Wednesday, the police had written to multiple banks seeking information about Zubair's account details and other financial transactions.

The officer also said the mobile phone being used by the co-founder of the fact-checking website has been formatted and does not have information related to the case.

According to police, Zubair has said he lost the phone which was allegedly used in posting the objectionable tweet.
Meanwhile, the anonymous Twitter handle which flagged the tweet and raised a complaint, does not exist on the microblogging site anymore, sources in the Delhi Police said.

Zubair has been booked under sections 153A (promoting enmity between different groups on grounds of religion, race, place of birth, language etc.) and 295A (deliberate and malicious act intended to outrage religious feelings) of the Indian Penal Code, according to police.

Next Story : Pakistan to interrogate Sajid Mir for his role in 2008 Mumbai terror attacks: Official