In the Ramayana, a rakshasa woman called Surpanakha desires Ram and wants to be his lover. He rejects her advances 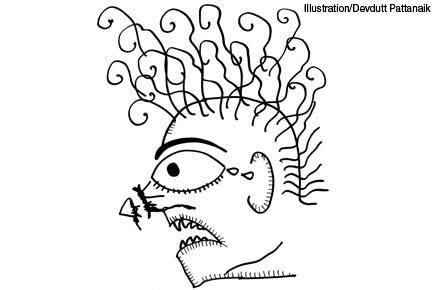 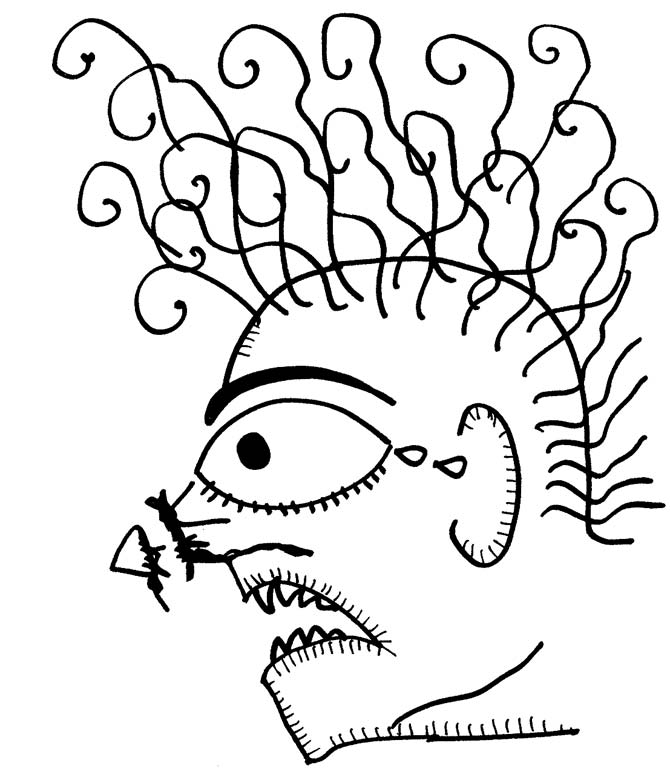 In the Ramayana, a rakshasa woman called Surpanakha desires Ram and wants to be his lover. He rejects her advances. She approaches his brother, Lakshman, who also rejects her advances. She feels, with Sita gone maybe the two men will reconsider. So she attacks Sita, and Lakshman cuts her nose. In the traditional retelling, she is the vamp, the oversexed ogress, who had to be stopped, by force, if necessary. In modern retellings, she is the victim, Ram and Lakshman are misogynist villains.

Surpanakha then complains to her brother, Ravana, the king of rakshasas, and takes trouble to describe the beauty of Sita. So Ravana comes, uses trickery and force, to abduct Sita. She is carried away to Lanka, and kept there against her will. But, Ravana does not force himself on his captive, though people gossip otherwise. In traditionally retellings, Ravana is a villain, for taking away Ram’s wife. In modern retellings, Ravana is no villain (he did not rape her, you see). He is hero, even victim, wronged by Ram, described variously as patriarch, Aryan invader, Hindu supremacist.

As you hear the many voices justifying Surpanakha’s and Ravana’s behaviour, and condemning Ram’s actions, you realise how traditional notions of right and wrong have been turned on their head by modern education. Naturally, traditional society is looking upon modern education with deep suspicion. Scholars, like lawyers dealing with rape cases, can turn victims into villains and villains into victims.

Women who have been raped suddenly find judges blaming them. Men who want to be faithful to their wives are being qualified by those who seek to have 'affairs' with them as vile misogynists or gay. Women who do not give consent for sex are mocked as ‘Sati Savitri’ types and lacking in liberal values. Those who argue that the definition of sex has to be expanded, change their mind when a close friend is accused. The definition of rape changes with the religion of the parties involved, their caste and their class.

And then there is religious politics. In secular anxiety, following the Babri Masjid demolition, it has become important for those on the Left to show solidarity by condemning Ram of the Ramayana as he is a political icon of the Hindutva movement. So, in conversations against violence against women, they refer only to Lakshman’s actions against Surpanakha and Ram’s silence in the matter. They do not refer to Ravana, who drags Sita away against her consent. When that is pointed out, a rather warped logic will be presented: no one took Sita’s consent at the time of her marriage, so Ravan’s actions are justified.

On the other extreme, Hindu supremacists will insist that Ram is the ‘perfect man’ (purushottam), even when the scriptures call him ‘perfect follower of rules’ (maryada purushottam), a subtle but major difference that escapes many academicians. They are too eager to justify Ram than explore the complexity in the Ramayana. Why, for example, after the cutting of Surpanakha’s nose, does Ram never find happiness again? And why does Ravana, after holding Sita against her will, lose all he has: brothers, sons, kingdom — even his dignity? This is how the ancients showcased the idea of karma, not justice, for those who were interested in seeing. Karma is an Indic concept after all. Justice is a Greek one.

Devdutt Pattanaik writes and lectures on the relevance of mythology in modern times. Reach him at devdutt@devdutt.com