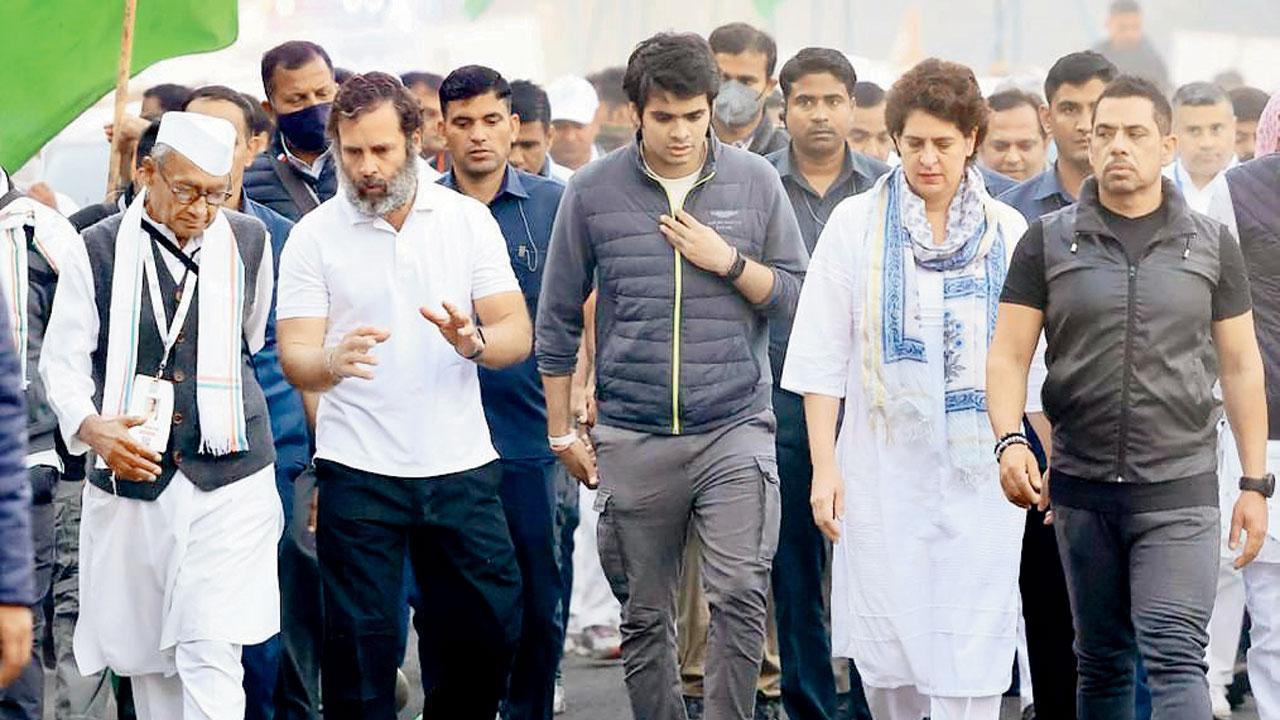 
Senior Congress leader Digvijaya Singh fell while taking part in the Rahul Gandhi-led Bharat Jodo Yatra near Barwaha in Madhya Pradesh’s Khargone district on Saturday, igniting a verbal tussle between the opposition party and the ruling BJP on the condition of the state’s roads. Singh was unhurt and was immediately helped to his feet by Congress workers.