Droupadi Murmu: Once a councillor and now India's president

At 64, the woman who will be India's 15th president, taking over from Ram Nath Kovind, will also be the youngest and India's first president to be born after Independence. She will be sworn in on July 25 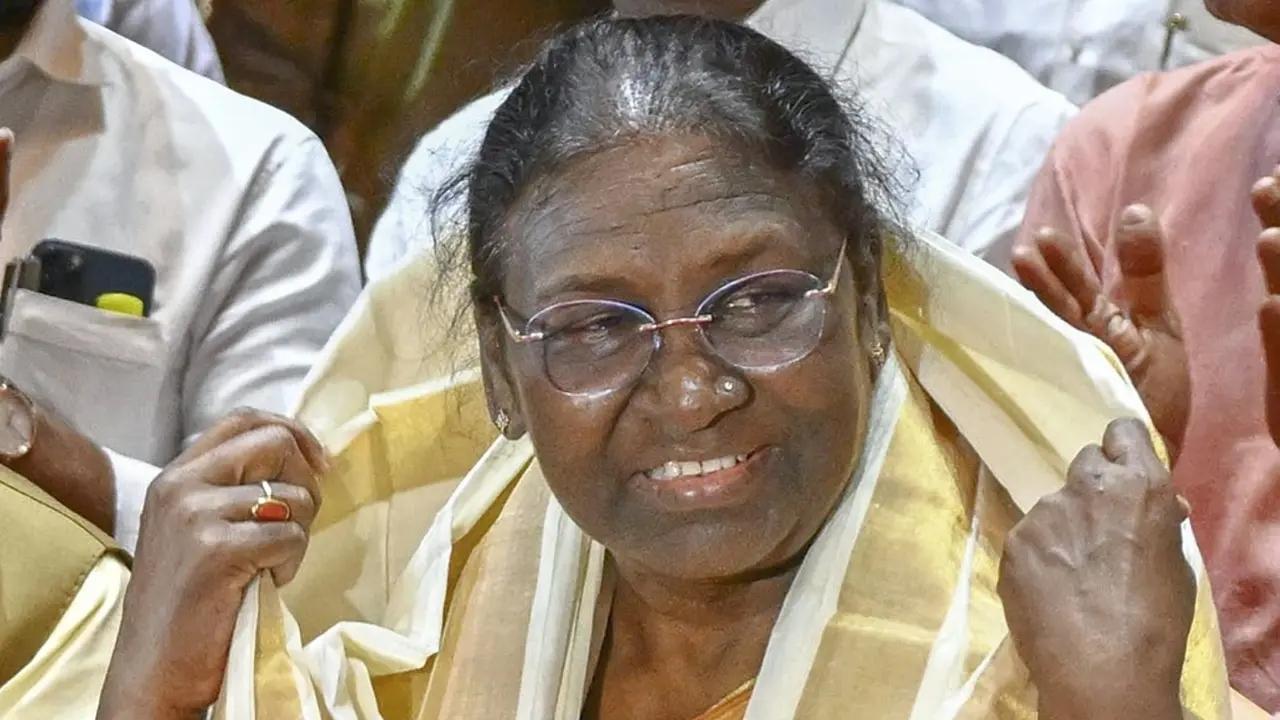 
The arc of triumph forged through personal tragedy is complete for the unassuming politician Droupadi Murmu, who started public life as a councillor in Odisha and will be written into history as India's first tribal president and the second woman in the post.

On Thursday, the former Jharkhand governor and the BJP-led NDA's presidential candidate, who found many other backers along her campaign trail, won an easy victory over the opposition's pick Yashwant Sinha.

At 64, the woman who will be India's 15th president, taking over from Ram Nath Kovind, will also be the youngest and India's first president to be born after Independence. She will be sworn in on July 25.

The low-profile politician is believed to be deeply spiritual and a keen practitioner of the meditation techniques of the Brahma Kumaris, a movement she embraced after she lost her husband, two sons, mother and brother in the just six years between 2009-2015.

In an interview in February 2016 to Doordarshan, Murmu gave a glimpse into the tumultuous period of her life when she lost her son in 2009.

"I was devastated and suffered from depression. I spent sleepless nights after my son's death. It was when I visited Brahma Kumaris, I realised I had to move on and live for my two sons and daughter," Murmu had said.

In the month since she was nominated as the NDA's presidential candidate on June 21, she has made no public statement.

The victory run seemed certain and her numbers were boosted with support from a section of opposition parties such as the BJD, Shiv Sena, Jharkhand Mukti Morcha, YSR Congress, BSP, TDP. Some of these parties had earlier supported the candidature of the joint opposition candidate Yashwant Sinha.

Murmu travelled throughout the country campaigning for the presidential election and was received warmly across state capitals.

Her first steps in politics were taken in Rairangpur where she was a elected as BJP councillor in the Rairangpur Notified Area Council in 1997 and rose to being a minister in Odisha's BJD-BJP coalition government from 2000 to 2004. In 2015, she was appointed governor of Jharkhand and stayed in the post till 2021.

"She has been through a lot of pain and struggle, but doesn't get rattled by adversity," said former Odisha BJP president Manmohan Samal.

Born into a Santhal family, she is an excellent orator in Santhali and Odia languages, Samal said.

He added that she had worked extensively to improve infrastructure such as roads and ports in the region.

The tribal-dominated Mayurbhanj has been the focus of the BJP, which is eyeing a strong foothold in the state. The BJD snapped ties with the BJP in 2009 and has consolidated its hold over Odisha since then.

Murmu had contested the 2014 assembly election from Rairangpur, but lost to the BJD candidate.

After completing her tenure as Jharkhand governor, Murmu devoted her time to meditation and social work in Rairangpur.

"I am surprised as well as delighted. As a tribal woman from remote Mayurbhanj district, I had not thought about becoming the candidate for the top post," Murmu had said after her selection as the presidential candidate.

The hurdles were several and the achievements many.

Belonging to Mayurbhanj, one of the most remote and underdeveloped districts of the country, Murmu earned her Bachelor's degree in Arts from Bhubaneswar's Ramadevi Women's College in Bhubaneswar and served as a junior assistant in the irrigation and power department in the Odisha government.

She also served as an honorary assistant teacher in the Shri Aurobindo Integral Education Centre in Rairangpur.

Murmu was awarded the Nilkanth Award for the Best MLA of the year in 2007 by the Odisha Legislative assembly.

She has diverse administrative experience having handled ministries such as transport, commerce, fisheries and animal husbandry in the Odisha government.

In the BJP, Murmu was vice president and later president of the Scheduled Tribe Morcha in Odisha. She was elected the district president of Mayurbhanj (West) unit of the BJP in 2010 and re-elected in 2013. She was also named member of the BJP National Executive (ST Morcha) the same year.

She held the post of district president till April 2015 when she was appointed as the Governor of Jharkhand.

Murmu's daughter Itishree works in a bank in Odisha.