Abdullah also called the film "baseless", citing the incidents portrayed in the movie as fake. The remarks came a day after the People's Alliance for Gupkar Declaration leaders, including Abdullah and PDP chief Mehbooba Mufti, met LG Manoj Sinha to discuss the recent incidents of violence in the Valley 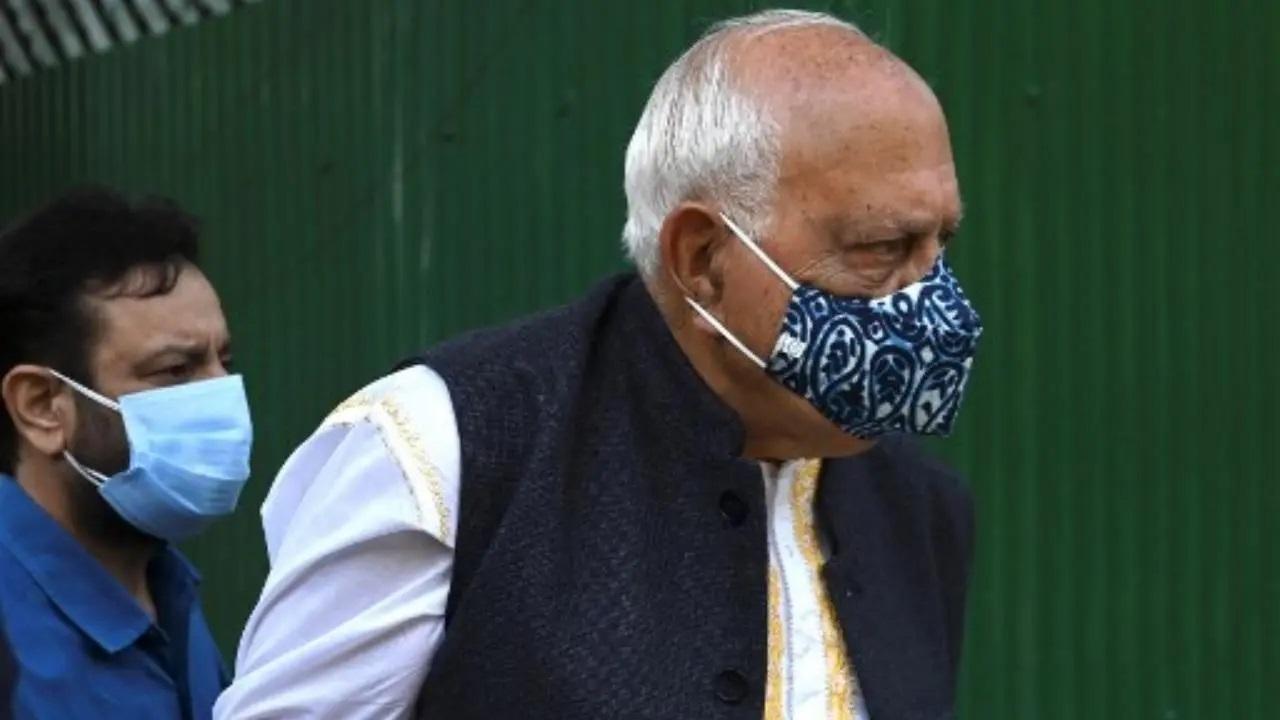 
Former Jammu and Kashmir Chief Minister Farooq Abdullah called for a ban on Vivek Agnihotri-directed film 'The Kashmir Files', alleging that it has created an atmosphere of "hatred in the country".

He also called the film "baseless", citing the incidents portrayed in the movie as fake. The remarks came a day after the People's Alliance for Gupkar Declaration leaders, including Abdullah and PDP chief Mehbooba Mufti, met LG Manoj Sinha to discuss the recent incidents of violence in the Valley. "We met LG Manoj Sinha. The purpose of it was that the law and order situation is bad here. While tourists are visiting the Valley, people are being killed on a daily basis," he said while speaking to the reporters.

"If we have to come closer to each other, this hatred has to end. 'The Kashmir Files' shows a Muslim killing a Hindu and rinsing the rice in his blood and telling his wife to eat it? This is a baseless film that has not only created hatred in the country but also among the youth of the valley that how they are being looked at," Abdullah added. Assuring the cooperation of the leaders of the Union Territory, the National Conference chief said that they would "stand with everything that helps maintain peace and law and order". "We don't want to disrupt the law and order.

He assured us that the government is doing everything possible," he said. Jammu and Kashmir Lieutenant Governor Manoj Sinha on Sunday said that the security would be beefed up in the residential areas of the government Kashmiri Pandit employees in the Valley, while also announcing an enquiry into the tear gas shelling incident against them during the protest.

The killing of Rahul Bhat, a Kashmiri Pandit and government employee on Thursday, triggered street protest by the locals wherein teargases were used to disperse the protesters. Following the protest, the J-K government constituted an SIT to probe the murder.