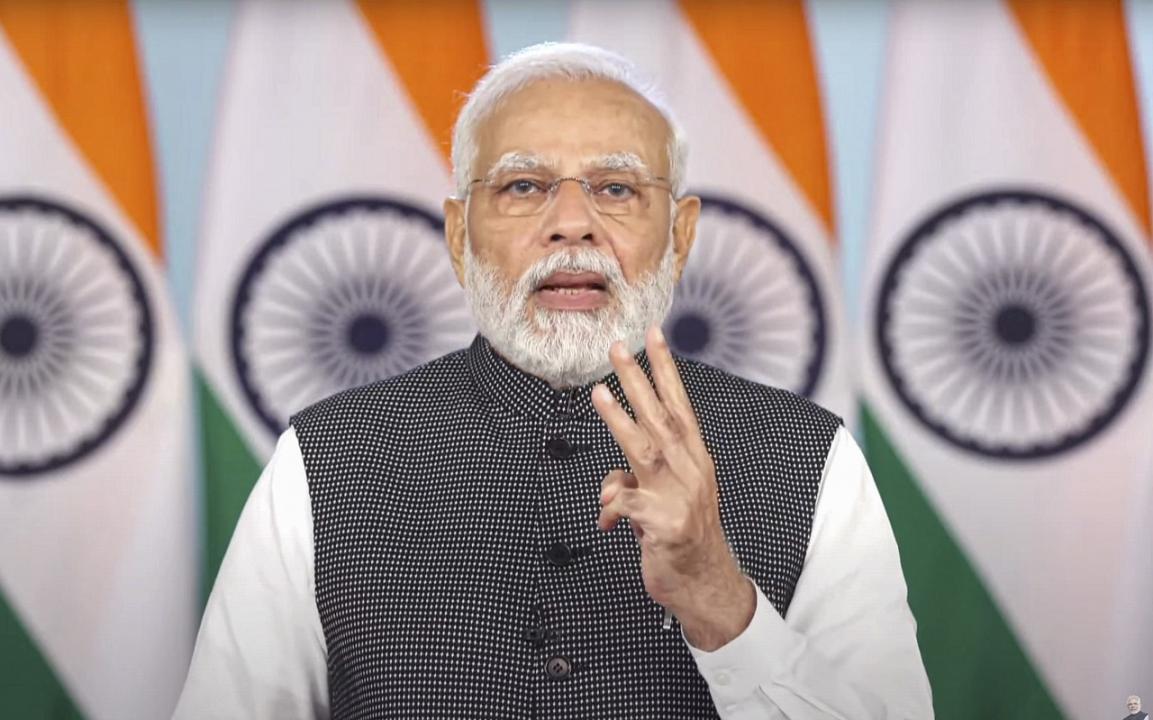 
Prime Minister Narendra Modi on Friday said that over 10 crore rural households of the country have been connected to the facility of clean water through pipes, with 7 crore rural families getting connected in the last three years.

He stated that it is among the big success of the central government's campaign to deliver water to each house.

"This is no ordinary achievement. In 7 decades of Independence, only 3 crore rural households in the country had piped water facilities," the prime minister said.

The Prime Minister highlighted three big achievements related to the goal of 'Amrit Kaal' "Every countryman will be very proud to know about these achievements of India. Today we have crossed three important milestones related to the huge goals that India is working on in Amritkaal," PM Modi said.

"Today 10 crore rural households of the country have been connected to the facility of clean water through pipes. This is a big success of the government's campaign to deliver water to each house. This is a great example of Sabka Prayas," PM Modi said.

The Prime Minister said that Goa has become the first state in the country to become 'Har Ghar Jal' certified.

Jal Jeevan Mission is a flagship programme of the Government of India which was announced from the ramparts of Red Fort by the visionary Prime Minister on August 15, 2019. The mission aims to make provision of potable tap water supply in adequate quantity, of prescribed quality and on regular and long-term basis to every rural household of the country by 2024. The program is implemented by the Government of India in partnership with States/UTs.

The third achievement of the country, the Prime Minister said, is related to Swachh Bharat Abhiyan. "A few years back with the efforts of all the countrymen, the country was declared open defecation free. After this, we had resolved to make villages ODF plus," PM Modi said.

The country has also achieved important milestones in this regard. Now more than one lakh villages in different states of the country have become ODF plus, he added.

Following Prime Minister Narendra Modi's vision of "Sabka Saath, Sabka Vikas, Sabka Vishwas aur Sabka Prayas", more than 52 per cent rural households in the country are now connected with tap water which was only 17 per cent at the time of launch of this transformational mission on August 15, 2019, the government data informed yesterday.