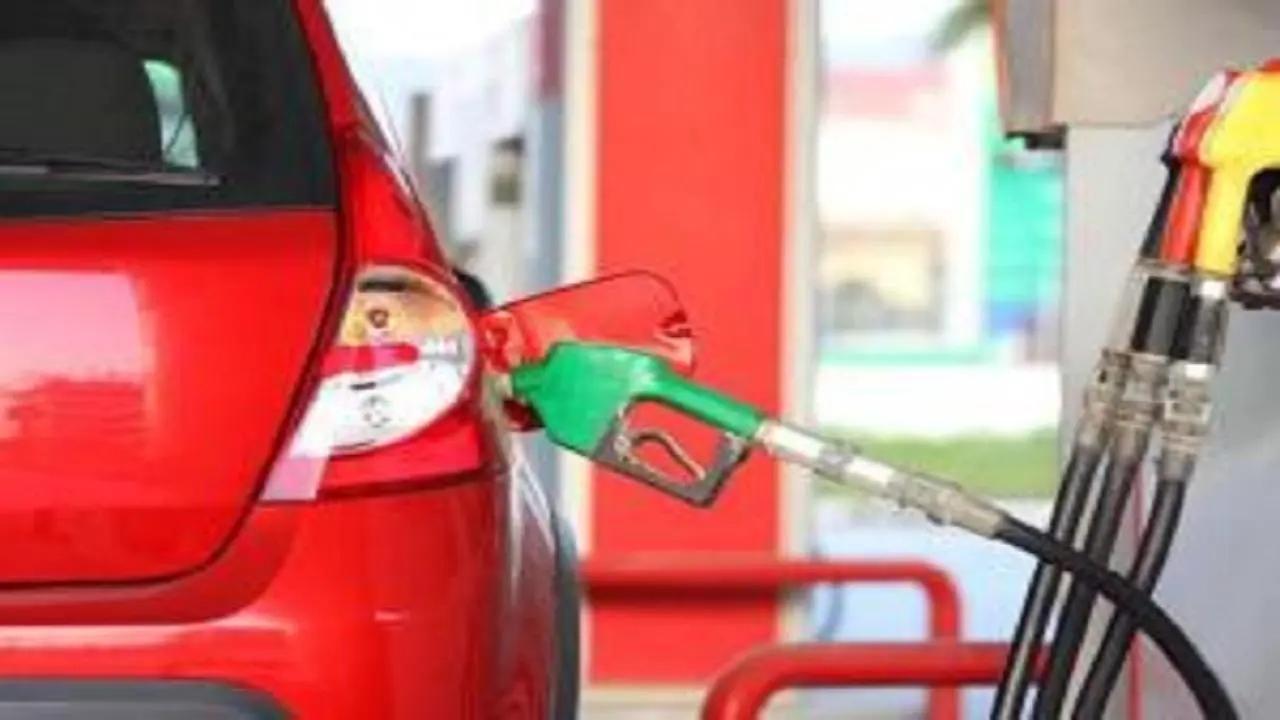 
Under pressure, the government on Saturday cut excise duty on petrol by a record Rs 8 per litre and that on diesel by Rs 6 per litre to give relief to consumers battering under high fuel prices that has also pushed inflation to a multi-year high.

The excise duty cut will translate into a reduction of Rs 9.5 a litre on petrol and Rs 7 a litre in diesel after taking into account its impact on other levies.

Announcing the duty cut through tweets, Finance Minister Nirmala Sitharaman also said the government will give Rs 200 per cylinder subsidy to Ujjwala Yojana beneficiaries for 12 cylinders in a year to help ease some of the burden arising from cooking gas rates rising to record levels.

A 14.2-kg LPG cylinder costs Rs 1,003 in the national capital. Pradhan Mantri Ujjwala Yojana beneficiaries, the poor women who got free connections, will get Rs 200 subsidy directly in their bank accounts and the effective price for them would be Rs 803 per 14.2-kg cylinder.

This excise duty cuts along with Rs 5 cut on petrol and Rs 10 reduction on diesel effected from November 4, 2021, rolls back the Rs 13 per litre and Rs 16 per litre increase in taxes on petrol and diesel effected between March 2020 and May 2020 to avoid passing on to consumers the sharp fall in international oil prices at that time.

The excise duty hikes of 2020 had taken central taxes on petrol to their highest level of Rs 32.9 per litre and that on diesel to Rs 31.8 a litre.

After the latest excise cut, the incidence of central tax on petrol will come down to Rs 19.9 a litre and that on diesel to Rs 15.8 per litre.

She exhorted all state governments to also cut local sales tax or VAT.

"I wish to exhort all state governments, especially the states where reduction wasn't done during the last round (November 2021), to also implement a similar cut and give relief to the common man," she said.

Post November 2021 reduction in excise duty on petrol by Rs 5 per litre and that on diesel by Rs 10 a litre, 25 states and UTs had cut VAT to give further reprieve to consumers battered by record-high retail prices. However, states ruled by non-NDA parties like Maharashtra, Andhra Pradesh and Tamil Nadu had not reduced VAT.

Post that reduction, state-owned oil firms kept petrol and diesel prices unchanged for a record 137-day period during which international oil prices rose from USD 84 per barrel to a nearly 14-year high of USD 140. They finally broke the hiatus with a Rs 10 per litre increase on both petrol and diesel in 16 days starting March 22 but again hit the freeze button after the last revision on April 6.

This despite the fact that oil prices ruled above USD 100 per barrel and the gap between cost and selling price was as high as Rs 13 a litre on petrol and Rs 24 on diesel.

Holding of prices despite rise in cost had led to lower earnings of fuel retailers in the January-March quarter.

"Today, the world is passing through difficult times. Even as the world is recovering from Covid-19 pandemic, the Ukraine conflict has brought in supply chain problems and shortages of various goods. This is resulting in inflation & economic distress in a lot of countries," Sitharaman said.

WPI or wholesale price inflation touched a record high of 15.08 per cent in April on price rise across all items. Retail inflation too rose to a near eight-year high of 7.79 per cent in that month, remaining above the RBI's inflation target for the fourth straight month.

"Even during the pandemic, our government set a paradigm of welfare, especially with PM Garib Kalyan Anna Yojana. This is now acknowledged and appreciated the world over," she said, referring to a scheme to provide free foodgrains to poor to help them tide over difficulties caused by a nationwide pandemic related lockdown.

"Despite the challenging international situation, we've ensured that there are no shortages/scarcity of essential goods. Even a few developed countries couldn't escape some shortages/disruptions. We are committed to ensure that prices of essential items are kept under control," she said.

The Finance Minister said despite rising fertilizer prices globally, the government has protected farmers from such price hikes. "In addition to the fertilizer subsidy of Rs 1.05 lakh crore in the budget (for current fiscal), an additional amount of Rs 1.10 lakh crore is being provided to further cushion our farmers."

She said the Prime Minister "has specifically asked all arms of the government to work with sensitivity and give relief to the common man," she said, adding the steps announced on Saturday were in line with that.

"We are also reducing the customs duty on raw materials & intermediaries for plastic products where our import dependence is high. This will result in reduction of cost of final products," she said.

"Measures are being taken up to improve the availability of #Cement and through better logistics to reduce the cost of cement," she added.