While the famous cricketer campaigned for his wife Rivaba Jadeja, his elder sister canvassed for Bipendrasinh Jadeja 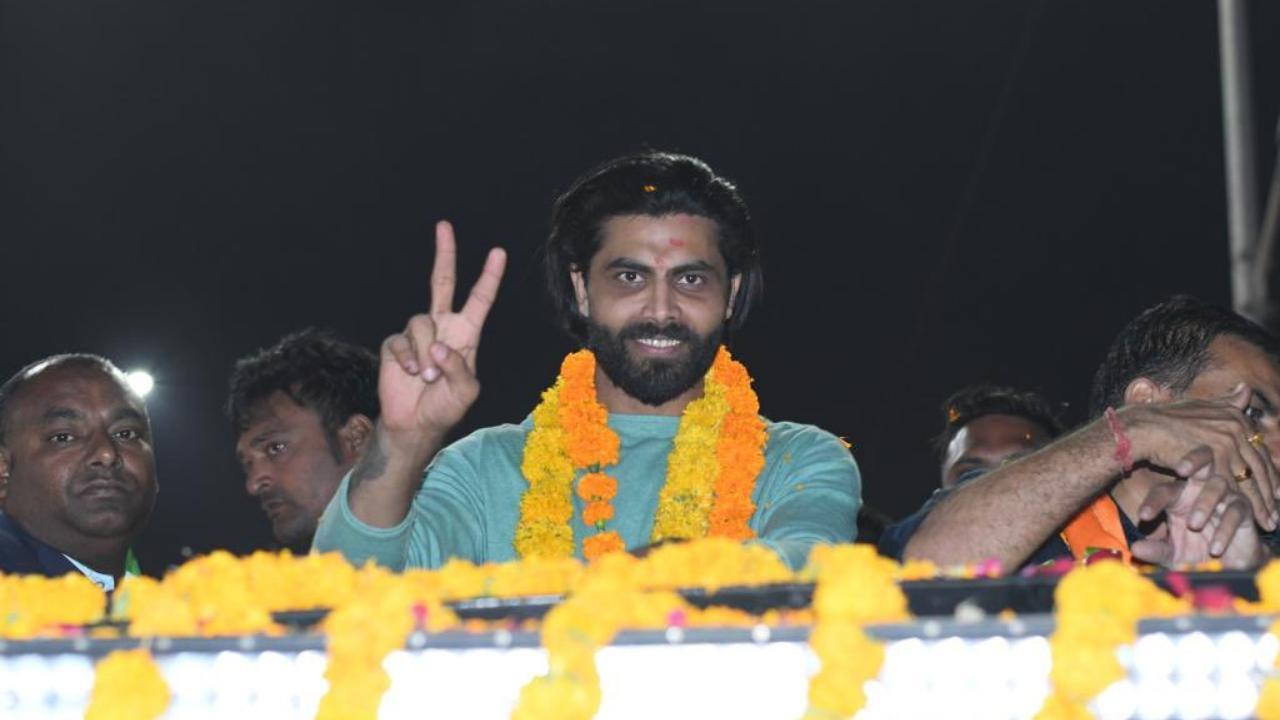 
Hours before cricketer Ravindra Jadeja travelled through the city's market in an open SUV as part of a BJP roadshow, his sister Naynaba Jadeja sought votes for the Congress, reminding voters of price rise under the ruling party and its "unfulfilled" employment promises.

While the famous cricketer campaigned for his wife Rivaba Jadeja, his elder sister canvassed for Bipendrasinh Jadeja, highlighting the "sibling rivalry" that has added another layer of interest in the poll after the BJP dropped its sitting MLA Dharmendrasinh Jadeja, locally better known as Hakubha.

Herself a contender for the Congress ticket from the Jamnagar North seat, Naynaba has emerged as a key campaigner for her party after the BJP chose her famous brother's wife as its candidate.

She is often the focus of media queries while the Congress candidate, a seasoned organisation man and businessman, plays a supporting role.

"I have my ideology and have been with a party I admire," she says, slamming the BJP over the issue of price rise and claiming that it only makes promises to people but never fulfils them, be it on employment or education.

An overwhelmingly urban constituency, Jamnagar North may be seen as more favourable to the BJP than the Congress even though the opposition party's supporters believe their party can spring a surprise.

Naynaba argues that since the constituency voted for the first time in 2012 after being carved out following delimitation, it is essentially a Congress seat as it won for the first time while the BJP grabbed it in 2017 after the incumbent MLA crossed over to the saffron camp.

Even the winning BJP candidate was a Congressman who won on his appeal, and our party will score this time, she claims.

Congress leaders also hope to benefit from any faultlines within the BJP caused by its denial of the ticket to the sitting MLA. The AAP has fielded Karsan Karmur, who had quit the BJP to join it last year.

The state will have two-phase Assembly polls on December 1 and 5, while the votes will be counted on December 8. It is witnessing a three-cornered fight with the BJP, Congress and Aam Aadmi Party (AAP) in the fray.

Hakubha, an influential person, has now been dropped in favour of Riviba Jadeja but the BJP has managed to placate him by making him the party's in-charge for polling in three assembly seats, including Jamnagar North.

Rajputs, the community the two main candidates hail from, and Muslims are among the largest voting blocs here.

Campaigning for Rivaba, BJP workers express confidence of her win and claim the curiosity is more about margin.

They also dismiss the Congress' "outsider" charge against her, arguing that she had been working in the region after joining the BJP in 2019, months after she and her husband Ravindra Jadeja met Prime Minister Narendra Modi.

A degree-holder in mechanical engineering, she was born and raised in Rajkot while her husband is from Jamnagar.

Before joining the BJP, she was in Karni Sena, a Rajput group accused in the past of vandalism and violence in promotion of its causes.

She joined Karni Sena and later the BJP in the spirit of doing something good for the society and country, she has often said in her public interactions and cites Modi as her inspiration for entering politics.

Next Story : West Bengal: 4 injured in bomb blast in Jagaddal