'This election is against autocracy, unemployment and price rise,' Mevani said 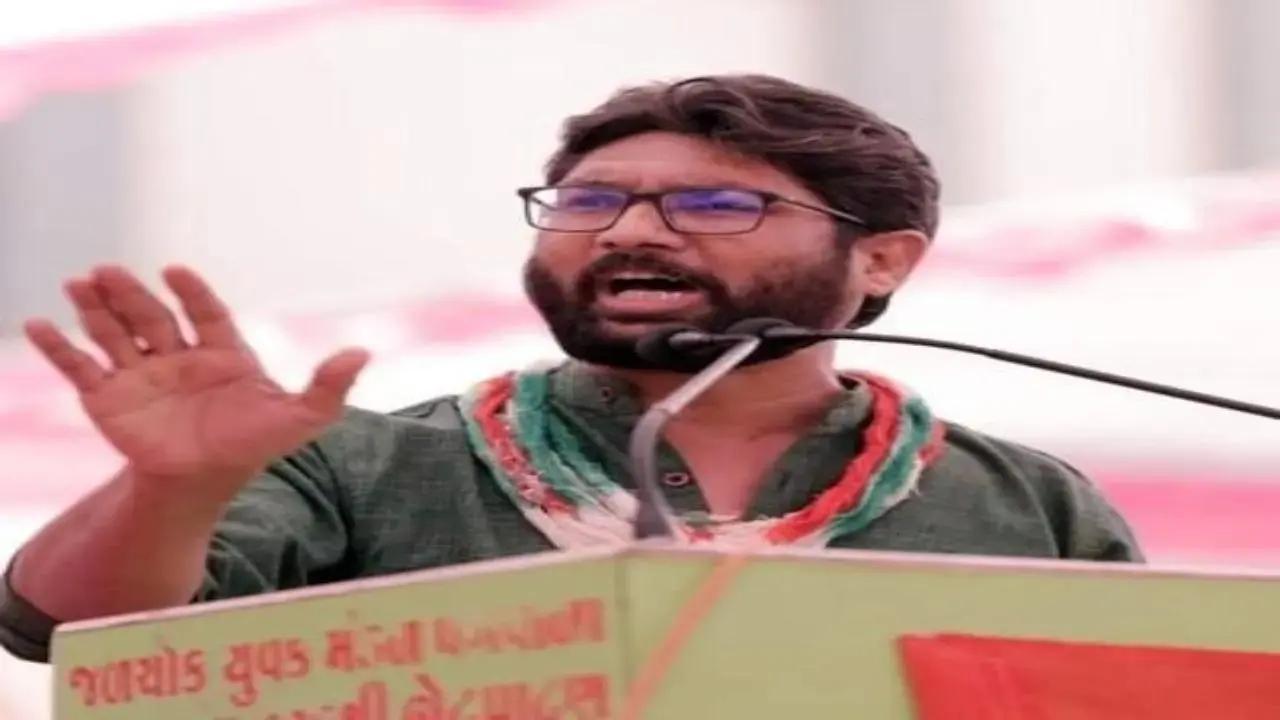 
Congress MLA and Dalit leader Jignesh Mevani feels a "silent wave" has gripped the Bharatiya Janata Party-ruled Gujarat where a change is inevitable, and the upcoming state Assembly polls will give a new direction to the country.

The Congress will win 120 out of the total 182 Assembly seats in the state polls, scheduled in two phases on December 1 and 5, he claimed in an interview with PTI.

"This election is against autocracy, unemployment and price rise," he said.

Mevani (41), who is eyeing a second term from Vadgam, this time on the Congress ticket, is slogging it out in the poll arena, covering around 10 villages in a day in his Assembly seat, reserved for the Scheduled Caste (SC) candidates.

He was elected as an independent MLA from the same seat in 2017 with the Congress's support.

This time there is a silent revolution, a silent wave has gripped the state. People have made up their mind as they think that enough is enough, Mevani claimed in response to a question that the BJP is considered unbeatable in Gujarat.

Mevani said the "Gujarat elections will give a new direction to the country".

The MLA said his assessment is that the Congress will win 120 Assembly seats and lay the foundation for rebuilding Gujarat. "A change is inevitable," he said.

"Though the BJP is trying rake up emotional issues such as Hindutva, this time it won't work," the Congress leader said, adding he has been telling people to vote for him keeping in mind the price of a gas cylinder.

People elected (Prime Minister) Modiji with great love, not once but twice, but after so many years unemployment has not decreased, price rise has not stopped, he said.

Now, people have witnessed that they are a repressive government as they started targeting those who raise their voice against them including opposition leaders, advocates, journalists. They (people) understood that this is a dictatorial government, he said.

Asked about Prime Minister Narendra Modi having a fan following and an aura of unbeatability in Gujarat, Mevani claimed, "He does not have an aura, but it has been built by the use of money power, public relations and image building."

It is to be seen how many people will come to listen to him on their own if he does a public meeting without using officials (machinery) and keeping buses to ferry the people, he said.

Mevani claimed the time has come for the prime minister to retire.

"He should retire as he does not have anything new to say now, nothing to offer, people do not have much expectations from him," the legislator said.

He also dismissed claims of the Arvind Kejriwal-led Aam Aadmi Party being a third force in the state.

There is no race here. Mark my words, the AAP will not win even a single seat in Gujarat," he said.

"No party can win elections in any state by social media campaign for two-four months and organising a few town hall meetings. Where are their workers, they are nowhere to be seen here (in Vadgam), he said.

But, Mevani acknowledged the All India Majlis-E-Ittehadul Muslimeen (AIMIM) can eat into his votes in the Vadgam seat.

The Asaududdin Owaisi-led AIMIM has fielded 13 candidates in the state, including one from the Vagdam seat.

"The AIMIM will spoil my votes personally and of other Congress candidates (in other seats), They cannot win here, what else can they do? But they can only make the BJP win by splitting the votes. Those who are in the fight against fascism, those who want to save democracy and the Constitution do not do this, he said.

Mevani's supporters want to see him as the chief minister of Gujarat if the Congress comes to power and they are telling this to voters in his village meetings.

Asked about this, the MLA said, "It is for the Congress high command and party MLAs to decide who will be the chief minister of Gujarat. First let the Congress get a majority and only then all these questions come."

Mevani expressed confidence he will win with a thumping majority for the second time from Vadgam.

The atmosphere here is in my favour more than what I had expected, he said.

Next Story : Delhi: Man kills father, chops his body into pieces and stores in fridge; mother helps in murder