Out of the deceased, 31 belonged to different villages in Botad and nine were natives of neighbouring Dhandhuka taluka in Ahmedabad district 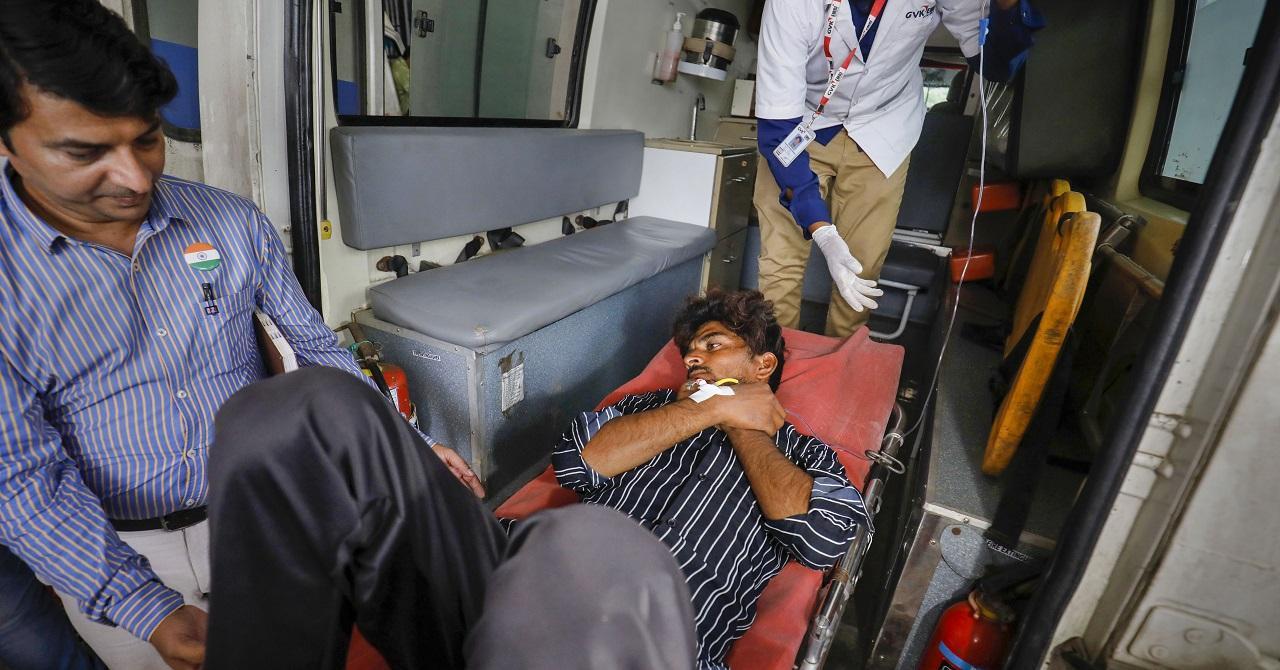 A person who fell ill after consuming spurious liquor being brought for treatment at Civil Hospital in Ahmedabad. Pic/PTI


The death toll due to the consumption of spurious liquor in Gujarat's Botad district has reached 40 with seven more people succumbing in the last 12 hours, a police official said on Wednesday.

Out of the deceased, 31 belonged to different villages in Botad and nine were natives of neighbouring Dhandhuka taluka in Ahmedabad district, the official of Botad police control room said.

Nearly 50 people were still admitted to hospitals in Bhavnagar, Botad and Ahmedabad, he said.

The Botad and Ahmedabad police on Tuesday registered three First Information Reports (FIRs) against nearly 20 culprits under Indian Penal Code Sections 302 (murder), 328 (causing hurt by poison) and 120-B (criminal conspiracy) and have arrested at least 10 of them so far.

The Vadodara rural police on Wednesday nabbed Jatubha Rathod, one of the accused in an FIR registered by Barvala police in Botad and absconding since being booked, an official said.

The hooch tragedy had come to light early Monday morning when some people living in Rojid village of Botad and other surrounding villages were referred to government hospitals in Barvala area and Botad towns with deteriorating health condition.

Primary investigations by police have revealed that some small-time bootleggers of different villages of Botad district had made spurious liquor by mixing water with methyl alcohol or Methanol, a highly poisonous industrial solvent, and sold it to villagers for Rs 20 per pouch.

According to police, forensic analysis has established that the victims consumed methyl alcohol.

The Gujarat Home Department has formed a three-member committee, headed by senior Indian Police Service (IPS) officer Subhash Trivedi, to conduct a detailed inquiry into the incident and submit a report within three days, as per a government release.

Police investigation has revealed that a person named Jayesh aka Raju had stolen 600 litres of methyl alcohol from a godown in Ahmedabad where he worked as a manager and then sold it to his Botad-based cousin Sanjay for Rs 40,000 on July 25.

Despite knowing that it was an industrial solvent, Sanjay sold the chemical to bootleggers of different villages of Botad.

These bootleggers mixed water in the chemical and sold it to people as country-made liquor, police said.

Next Story : BJP president labels Congress protests over ED summons to Sonia Gandhi as an 'attempt to hide the truth'