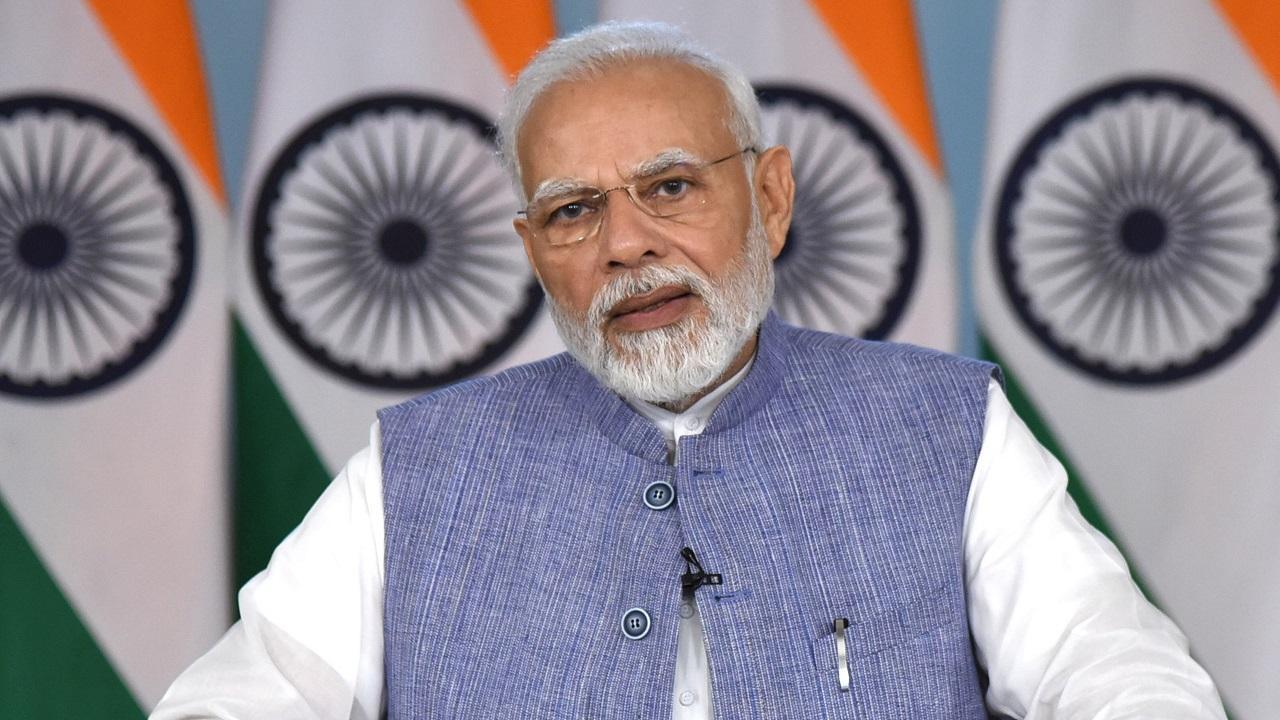 
Prime Minister Narendra Modi arrived in Ahmedabad on Sunday evening for exercising his franchise in the second and final phase of the Gujarat Assembly elections on December 5.

The prime minister will cast his vote at a polling station set up at a high school in Ranip locality in Ahmedabad city on Monday morning, an official said.

Union Home Minister and BJP MP Amit Shah will cast his vote at a municipal sub-zonal office in Naranpura locality of the city.

After landing at the Ahmedabad airport in the evening the prime minister proceeded to meet his centenarian mother Hiraba at her residence in Raisan area of Gandhinagar and sought her blessings.

He spent around 45 minutes with her before leaving for the state Bharatiya Janata Party (BJP) headquarters "Kamalam" in Gandhinagar where he was received by Amit Shah, state BJP president CR Paatil, and other senior leaders.

"PM Modi will exercise his franchise at a polling station set up at Nishan high school in Ranip locality in Ahmedabad city on Monday morning," said collector Dhaval Patel.

Modi is a registered voter from Ranip area and had cast his vote in the 2019 Lok Sabha elections and previous polls.

The polling station falls under the Sabarmati Assembly constituency in Ahmedabad city.

Voting for 93 seats spread across central and north Gujarat districts in the second and final phase of polls will be held on Monday. 833 candidates are in the fray.

Polling for the first phase for 89 constituencies in Saurashtra, Kutch and south Gujarat regions was held on December 1 with an average voter turnout of 63.31 per cent.

The counting of votes for all 182 constituencies in Gujarat will be taken up on December 8.