SC to hear challenge to Gyanvapi mosque survey on May 20, asks Varanasi court to desist from hearing today

Special Advocate Commissioner Vishal Singh submitted the report of the survey work carried out on May 14, 15 and 16 in the court of the District Civil Judge Ravi Kumar Diwakar, said advocate Madan Mohan Yadav, who is representing the Hindu side in the case 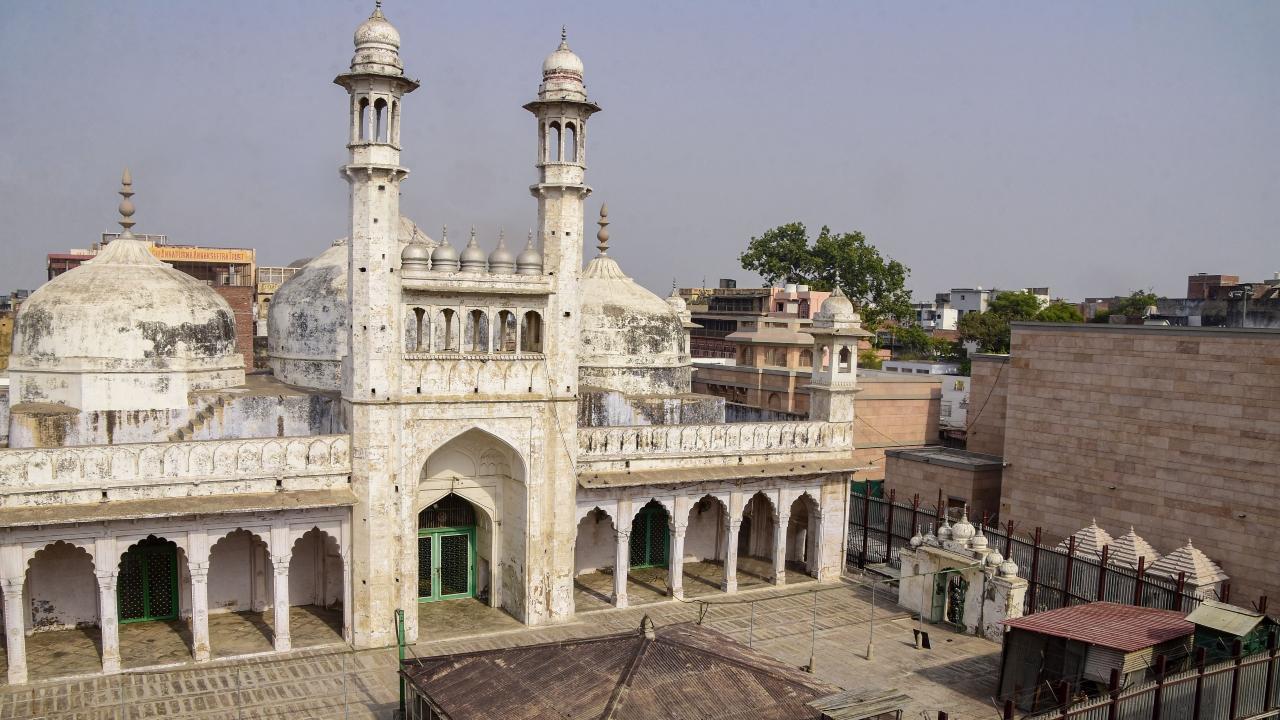 The Gyanvapi Mosque after its survey by a commission, in Varanasi. Pic/PTI


The Supreme Court on Thursday asked the Varanasi civil court to desist from hearing the Gyanvapi mosque survey case after the lawyer representing the Hindu plaintiffs sought an adjournment for a day.

Advocate Vishnu Shankar Jain, representing the Hindu plaintiffs before the Varanasi court, gave an undertaking before a bench headed by Justice D.Y. Chandrachud that 'they will not press for continuing proceedings before the civil court in Varanasi today'.

Senior advocate Huzefa Ahmadi, representing the Committee of Management Anjuman Intezamia Masajid Varanasi, submitted as the top court was hearing the matter, the civil court was proceeding in the matter and urged the court to ask the trial court not to proceed in view of adjournment for a day. Ahmadi also raised the issue of demolition of a wall around the 'wuzukhana'.

After a short hearing, the top court has scheduled the matter for further hearing on Friday at 3 p.m.

On May 17, the Supreme Court directed the Varanasi administration to protect and seal the area where a 'Shivling' was found during a video survey inside the Gyanvapi mosque complex. However, the apex court also directed the concerned authorities to not restrict Muslims from entering the mosque to offer 'namaz'.

A bench comprising Justices D.Y. Chandrachud and P.S. Narasimha said: "The area where 'Shivling' is found should be protected." The bench added that no manner of restriction should be imposed on Muslims entering the mosque to offer 'namaz' or religious observances.

Ahmadi, representing the Committee of Management Anjuman Intezamia Masajid Varanasi, urged the top court to stay the proceedings before the trial court in Varanasi. The trial court's order for survey of the area by appointing court commissioners was questioned by the masjid committee, which moved the apex court challenging the Allahabad High Court's April 21 order. The high court had declined to intervene in the matter. The survey was conducted on May 14, 15 and 16.