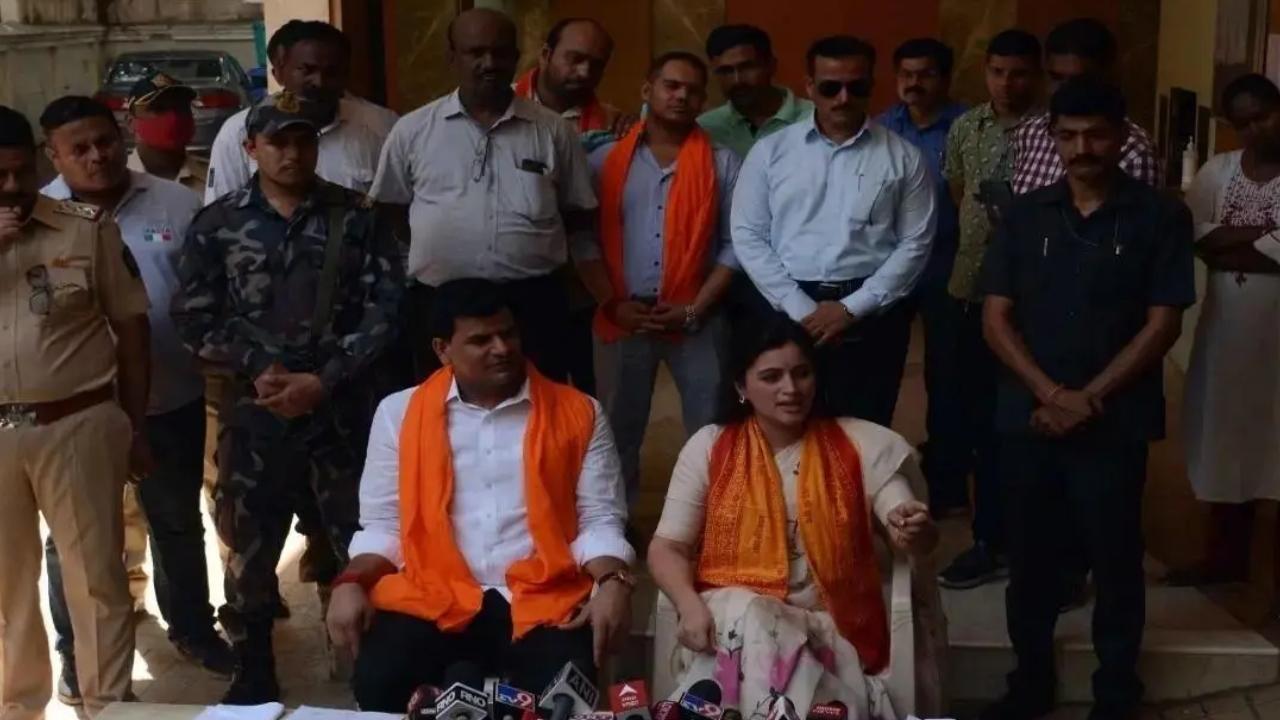 
Independent MP Navneet Rana, who has alleged she was illegally arrested and inhumanly treated at a police station in Mumbai, appeared before a parliamentary privileges committee on Monday to present her case and seek "justice". Navneet had recently moved the Lok Sabha Privileges Committee with her complaint and the panel had called her to appear before it.

"I presented my case before the committee and shared all the details with them...and how I was mistreated and casteist remarks were hurled against me. I have taken names of all -- from the Maharashtra chief minister to the Mumbai police commissioner," she told reporters after the meeting.

"I have sought justice from the committee" she added.

Navneet, the MP from Amravati in Maharashtra, and her MLA-husband Ravi Rana were arrested on April 23 by the Mumbai Police after the couple announced they would recite the Hanuman Chalisa outside Chief Minister Uddhav Thackeray's private residence 'Matoshree' in Mumbai, which had angered Shiv Sena workers, Thackeray's party, leading to tension.

The couple was granted bail on May 4 by a special Mumbai court. They walked out of jail on May 5.