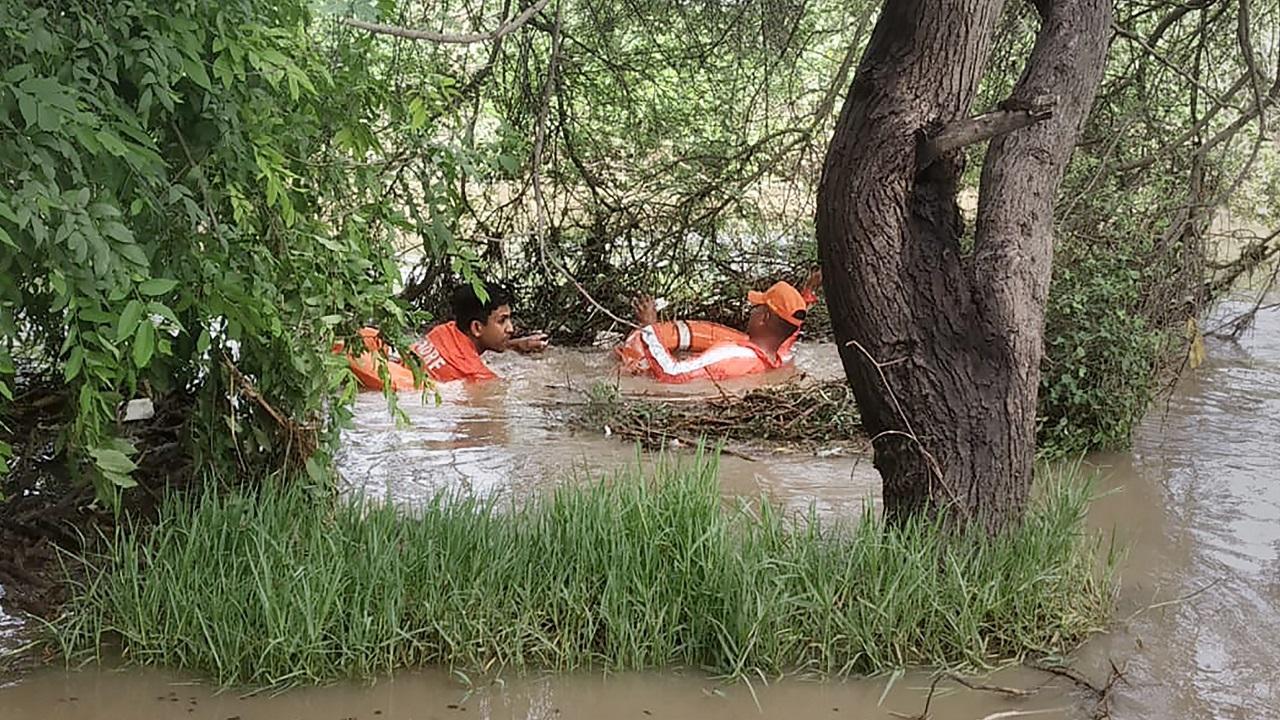 As many as 380 people were shifted to safer places from rainfall-hit villages in Anand district by a team of the National Disaster Response Force (NDRF) deployed by the district administration after flooding in some villages of Borsad taluka caused due to heavy rains on Thursday, they said.

In the 24-hour period that ended at 6 am in Saturday, parts of south Gujarat and Banaskantha in north Gujarat received heavy rainfall, causing flooding in many areas.

Surat city was also affected by the rainfall. Palsana taluka in the district recorded the highest rainfall of 209 mm. Bardoli (125 mm)India News, Latest India News, India News Today, Live India News, Olpad (118 mm) and Choryasi (117 mm) were among other talukas of Surat district that received over 100 mm rainfall during this period, as per the government's State Emergency Operation Centre (SEOC).

"A total of 380 people from two villages in Borsad taluka were shifted to safer places due to flooding in low-lying areas. Rains have stopped in the area and water receded, but some 140 people have not been able to return home yet," said a disaster management official of Anand district administration.

The NDRF team was also carrying out a search operation for a body that was washed away in heavy rainfall in Sisva village of the district with no success as yet, he said.

Out of the total 251 talukas in Gujarat, around 176 received showers, with 39 of them recording over 50 mm rainfall in 24 hours till Saturday morning, the SEOC said.

The Met department has forecast light to moderate rainfall in several parts of Gujarat over the next five days with heavy to very heavy rains in isolated parts of some districts in south and central Gujarat and Saurashtra-Kutch regions during this period.