This year, which marks his ninth consecutive Independence Day address to the nation, the prime minister sported a white safa, which sported the tricolour's motifs and a long trail 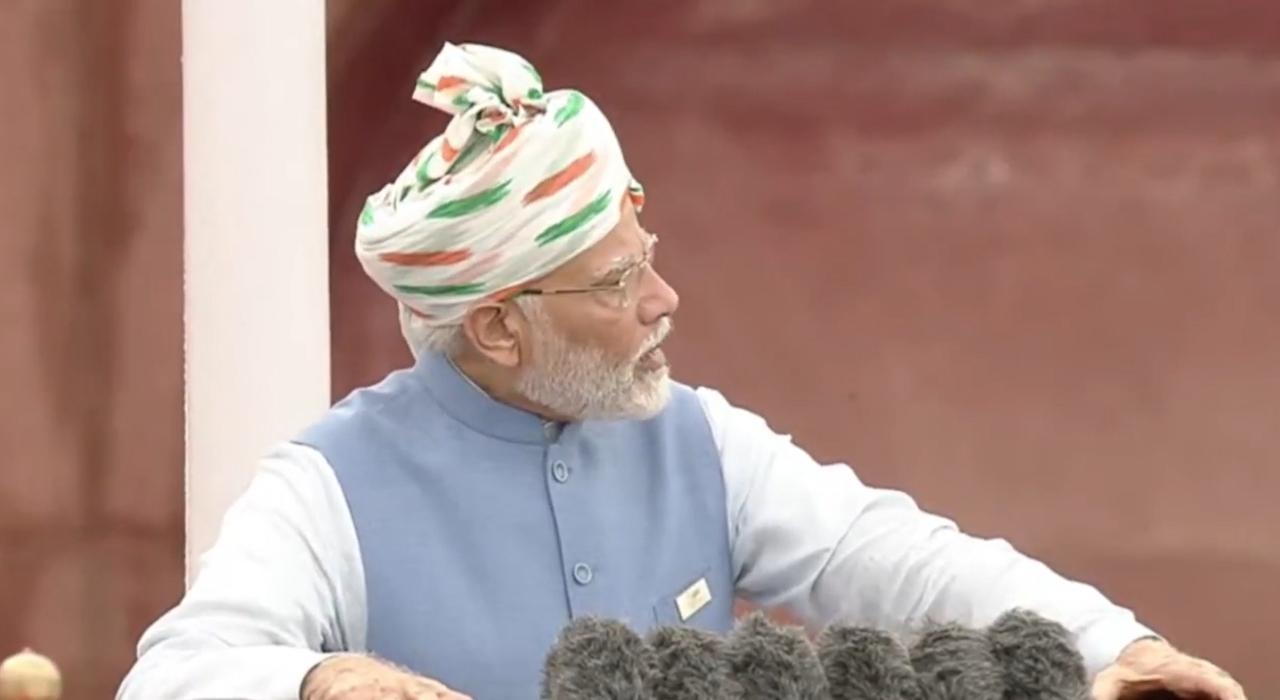 
Prime Minister Narendra Modi kept with tradition with his distinctive headgear as he hoisted the National Flag and delivered his customary address from the ramparts of the iconic Red Fort to mark the occasion of the country's 76th Independence Day.

This year, which marks his ninth consecutive Independence Day address to the nation, the prime minister sported a white safa, which sported the tricolour's motifs and a long trail.

Dressed in a traditional white kurta and churidar along with a powder blue shade jacket, the highlight of his outfit was the tricolour-themed headgear, which also kept up with the theme of the Azadi ka Amrit Mahatosav" celebrations.

Be it an election rally or any historic event, Prime Minister Narendra Modi, in his eight years tenure has not only appealed to the masses through his rousing speeches but has also caught the nation's attention with his unique eye for fashion.

Looking at his distinctive taste for traditional turbans, kurtas, shawls and his signature style jackets, one cannot deny his suave style.

As the country marks 75 years of independence today, Modi once again won hearts with his outfit that has the 'Make in India' philosophy attached to it. While addressing the nation from the Red Fort this morning.

In tune with the 'Har Ghar Tiranga' campaign, Modi's white pagdi truly evoked a sense of pride and patriotism among the citizens.

It's always hard to take one's eyes off Modi's colourful, flamboyant Independence Day attires that hold great traditional significance. In the past years, too, Modi became the talk of the town with his Independence Day sartorial choices.