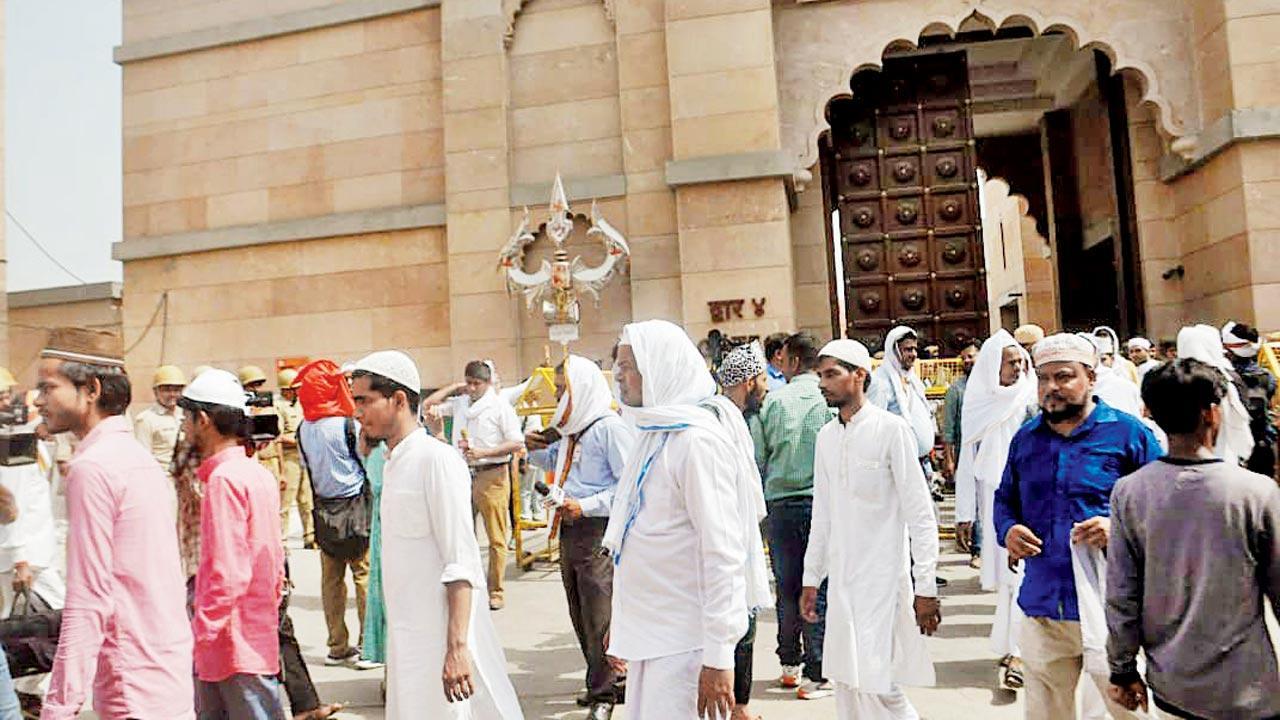 Devotees arrive to offer Namaz at Gyanvapi Mosque, in Varanasi on Friday. Pic/ANI


Amid claims by the Hindu side of having discovered a ‘Shivling’ inside the Gyanvapi mosque in Varanasi, the Muslim side has said that it is a textbook repeat of the Ayodhya issue where idols were kept inside the then mosque. And this time deliberately inside the complex, its being claimed that the “Shivling” has been discovered without waiting for the court orders.

AIMIM leader and Hyderabad MP Asaduddin Owaisi was the first to respond and even slammed the court order directing the sealing of the place where the Shivling was discovered in the survey.

“This is a textbook repeat of December 1949 in Babri Masjid. This order itself changes the religious nature of the Masjid. This is a violation of the 1991 Act. This was my apprehension and it has come true. Gyanvapi Masjid was, and will remain a Masjid till judgement day, Inshallah,” Owaisi said.

It was alleged that in 1949, idols were kept inside the disputed Babri Mosque. However, the court in its judgment has given the land to the Ram temple, and the construction is on in full swing.

The Muslim side apprehends that the discovery of the ‘Shivling” as claimed by the Hindu side is nothing but a fountain and the media is sensationalising the issue without putting out all the facts properly. It said that the lower court has violated the 1991 law and thus the survey itself is null and void, but experts say that the matter is now under consideration of the SC.

Samajwadi Party MP Shafiqur Rahman Barq on Sunday claimed there was no 'Shivling’ in Gyanvapi mosque and the word was spread about it to stoke sentiments for the upcoming 2024 parliamentary elections. “All these circumstances are being created due to 2024 elections. If you go into the history there was no ‘Shivling’ and nothing else in the Gyanvapi mosque. All this is wrong,” Barq, an MP from Sambhal, told reporters outside the Samajwadi Party office.