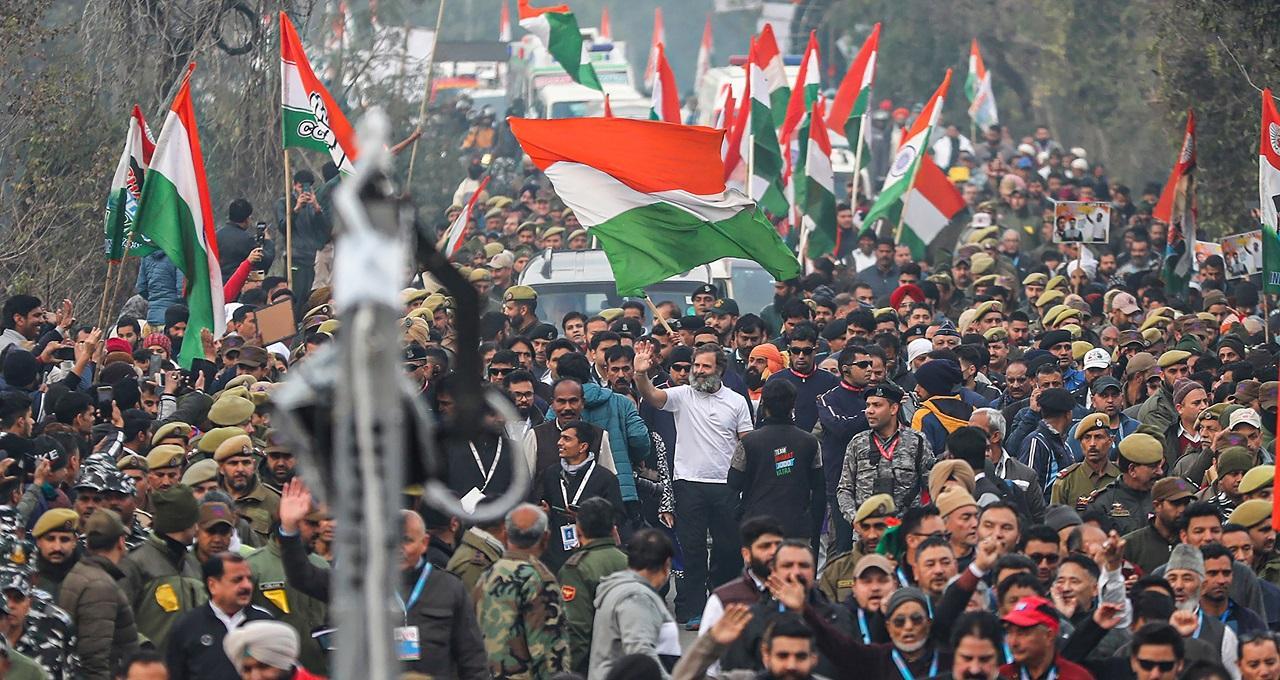 
Due to poor weather conditions and landslides, the afternoon leg of the Bharat Jodo Yatra in Ramban and Banihal has been cancelled, informed Congress leader Jairam Ramesh on Wednesday.

The yatra will resume Friday morning while thursday will be a rest day, he said.

Taking to Twitter, Jairam Ramesh said, "Due to poor weather conditions and landslides in the area, the afternoon leg of #BharatJodoYatra in Ramban and Banihal has been cancelled. Tomorrow is a rest day and the Yatra will resume the day after, January 27th at 8 am."

Congress leader Rahul Gandhi's Bharat Jodo Yatra initially resumed from Bathi in Ramban today morning and was scheduled to reach the highway township of Banihal from Ramban district headquarters during the day.

The Yatra reached Jammu on Monday amid rain and snowfall forecast.

The Bharat Jodo Yatra, which started in Kanyakumari on September 7, will conclude on January 30 in Srinagar after covering 3,970 km, 12 states and two Union territories.

Meanwhile, a truck driver was killed on the spot and a few others injured when boulders rolled down in Jammu and Kashmir's Ramban area, officials said on Wednesday.

According to officials, a boulder hit a tanker and truck on Jammu-Srinagar National Highway at Magarkot, Ramban.