In a statement issued on Sunday, JNUTA urged the people to stand in unwavering support of the activist against, what it called, a motivated action of the Gujarat police 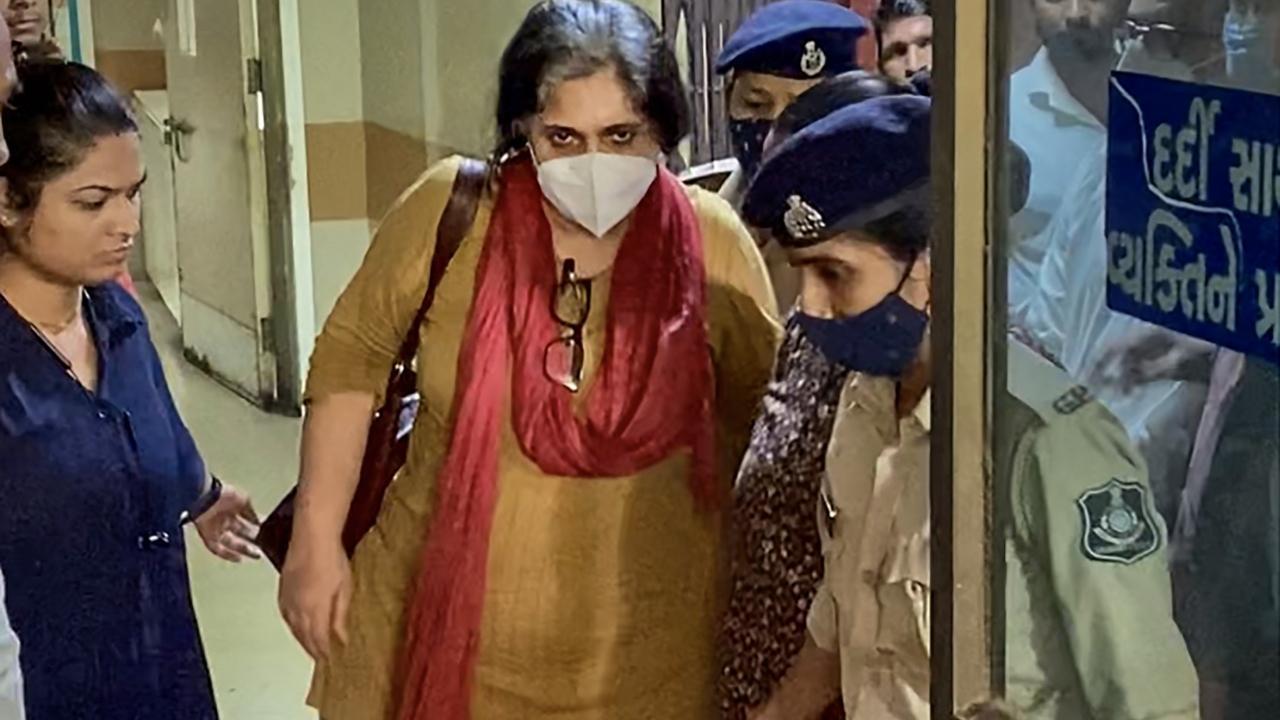 Teesta Setalvad comes out of a hospital following her medical examination in Ahmedabad, Gujarat on June 26. Pic/ PTI


Jawaharlal Nehru University Teachers Association (JNUTA) has demanded the release of activist Teesta Setalvad, who was arrested by the Gujarat Anti-Terrorist Squad allegedly for submitting false evidence in the 2002 Gujarat riots case.

In a statement issued on Sunday, JNUTA urged the people to stand in unwavering support of the activist against, what it called, a motivated action of the Gujarat police.

On Saturday, the Gujarat ATS detained Setalvad from her house in the Juhu area of Mumbai in connection with an FIR lodged by Crime Branch Inspector D B Barad in Ahmedabad for "criminal conspiracy, forgery and placing false evidence in court to frame innocent people" in the 2002 Gujarat riots.

The ATS also arrested former Gujarat DGP R B Sreekumar and former IPS officer Sanjiv Bhatt -- who is already in prison in a police torture case -- under the same charges.

The JNUTA said it stands committed in its support of Setalvad, saying her "longstanding and indefatigable work in the defence of civil liberties" has made justice for communal violence victims viable.

"JNUTA expresses its solidarity with Teesta Setalvad and all others who are being persecuted for upholding and affirming the values of India's democratic polity against all forms of autocratic oppression," the teachers' body said in the statement.

It demanded that the FIR filed against supporters of victims of Gujarat violence be withdrawn and that Teesta Setalvad and others, falsely implicated in this case, be immediately released."