Karnataka leg of 'Bharat Jodo Yatra' to begin on Friday

Congress leaders hope the march in Karnataka, which will span about 511 km over 21 days, would rejuvenate the party workers, ahead of the Assembly polls next year 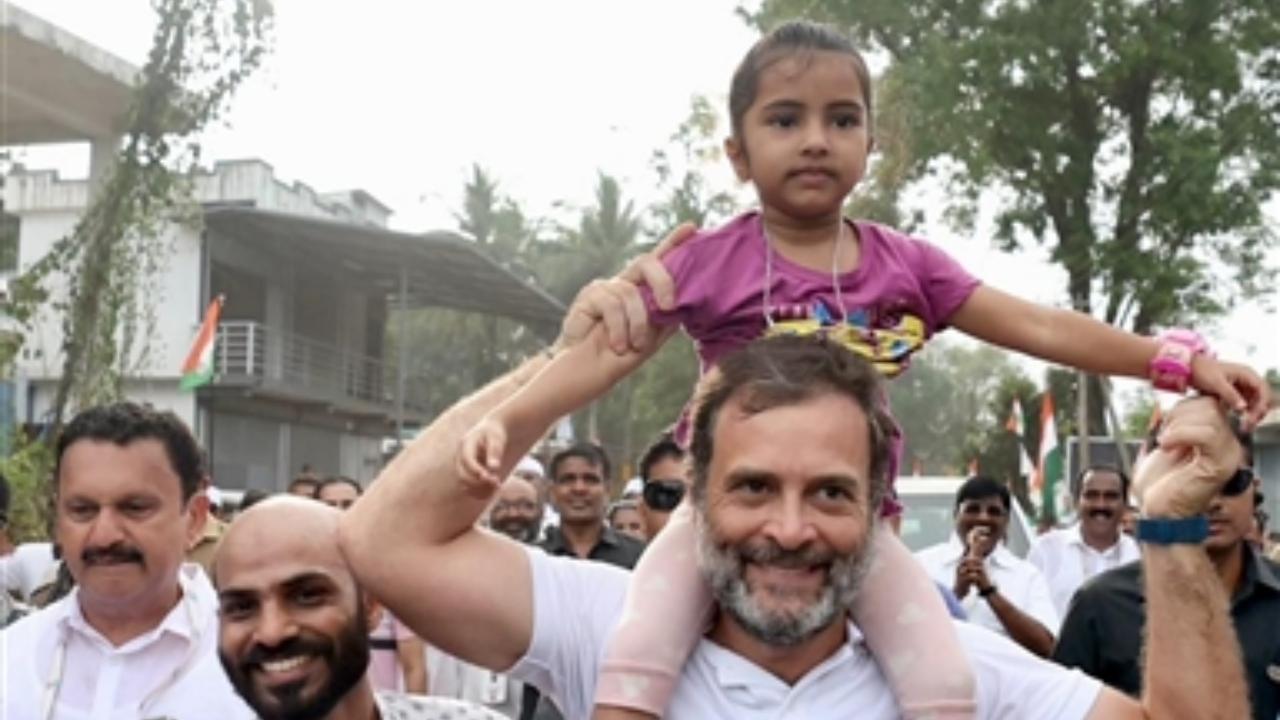 
The Karnataka leg of the Congress' ambitious 'Bharat Jodo Yatra' will begin on Friday, with the march led by party's national leader Rahul Gandhi entering the state via Gundlupet in Chamarajanagar district bordering Kerala.

Congress leaders hope the march in Karnataka, which will span about 511 km over 21 days, would rejuvenate the party workers, ahead of the Assembly polls next year.

This leg of the yatra is also expected to gain national attention as the party is in the process of electing its new president to succeed Sonia Gandhi.

Karnataka Congress President D K Shivakumar and AICC General Secretary K C Venugopal have said that Congress President Sonia Gandhi and Priyanka Gandhi Vadra would participate in the yatra in the state separately, and that the dates will be announced soon.

Noting the Karnataka leg of the yatra will begin at Gundlupet on September 30 at 9 AM, Shivakumar said, on October 2, Gandhi Jayanti day, there is a programme at Badanavalu in Nanjangud Taluk, which is known for its Khadi and Gramodyog Centre (visited by Mahatma Gandhi).

"There will be two days holiday for Dasara; there will be a public meeting in Ballari; in between Rahul Gandhi will be interacting with youth, women, civil society, students, tribal community and farmers among others each day, and teams have been formed for this," he said.

In the preparation for the yatra, the party has carried out grassroots level outreach programmes and are planning to expand it during the march in the state, by organising Rahul Gandhi's interaction with civil society members, farmers, tribal community, women's groups, entrepreneurs, and business community representatives among others.

Some civil society members and groups are also likely to take part in the yatra, according to party sources.

The yatra will be covering Chamarajanagar, Mysuru, Mandya, Tumakuru, Chitradurga, Ballari and Raichur districts. From Raichur the march will enter Telangana.

Before exiting the state via Raichur, a massive public rally has been planned in Ballari on October 19.

Ballari is significant for the Congress as Sonia Gandhi had earlier won the Lok Sabha election from there, and the party also had held a foot march to the district against the then BJP government and the alleged mining mafia there, which had proved helpful in its 2013 Assembly polls victory.

The KPCC has named in-charge leaders for the yatra for all the days, and committees have been formed for logistics, food, accommodation and other facilities.

The state Congress is likely to make full use of the yatra by making Rahul Gandhi raise issues concerning the state and the society, keeping the elections in mind.

The issue of corruption and allegations of 40 per cent commission faced by the state government, price rise, unemployment, constitutional and secular values, in the wake of recent communal flare-ups in the state are likely to resonate during the yatra and in Rahul Gandhi's speeches, a senior party leader said.

Shivakumar has asked party legislators to mobilise 5,000 people from each of their constituencies for the march, and each one has been given designated dates and locations to bring in people. However, some legislators have expressed concerns on this, citing logistical challenges.

The yatra has come at a time when the Congress in Karnataka seemed to be a divided house with factionalism and game of one-upmanship between its leaders to have control over party affairs ahead of assembly polls.

Siddarmaiah (Congress Legislature Party leader) and Shivakumar are nursing CM ambitions in the event of the Congress coming to power, and are involved in a game of political one-upmanship, which has become even more evident after Siddarmaiah's mega 75th birthday celebrations in Davangere last month.

Other senior leaders like K H Muniyappa and G Parameshwara seem to be sulking with not much prominence being given to them in the party affairs.

It remains to be seen whether Rahul Gandhi and his yatra will be able to unite the party, or will it further widen the cracks within the Karnataka unit, according to a party functionary.

Pointing at Congress' "collapse" in Punjab and Goa and now rifts within the party in Rajasthan, BJP national General Secretary in-charge of Karnataka Arun Singh said, in the coming days a similar rift will emerge in Karnataka too between Shivakumar and Siddaramaiah.

"Rahul Gandhi is on a 'Bharat Jodo Yatra', while Congress 'thodo' and Congress 'chodo' (divide and quit Congress) were on. In Karnataka also, the same thing will happen...during next year's assembly polls that the party will be totally wiped out and BJP will come back to power with over 150 seats," he said.

The Congress too has set a target of winning 150 out of the total 224 seats to regain power in Karnataka.

Next Story : Hectic discussions on to resolve crisis ahead of Congress prez poll