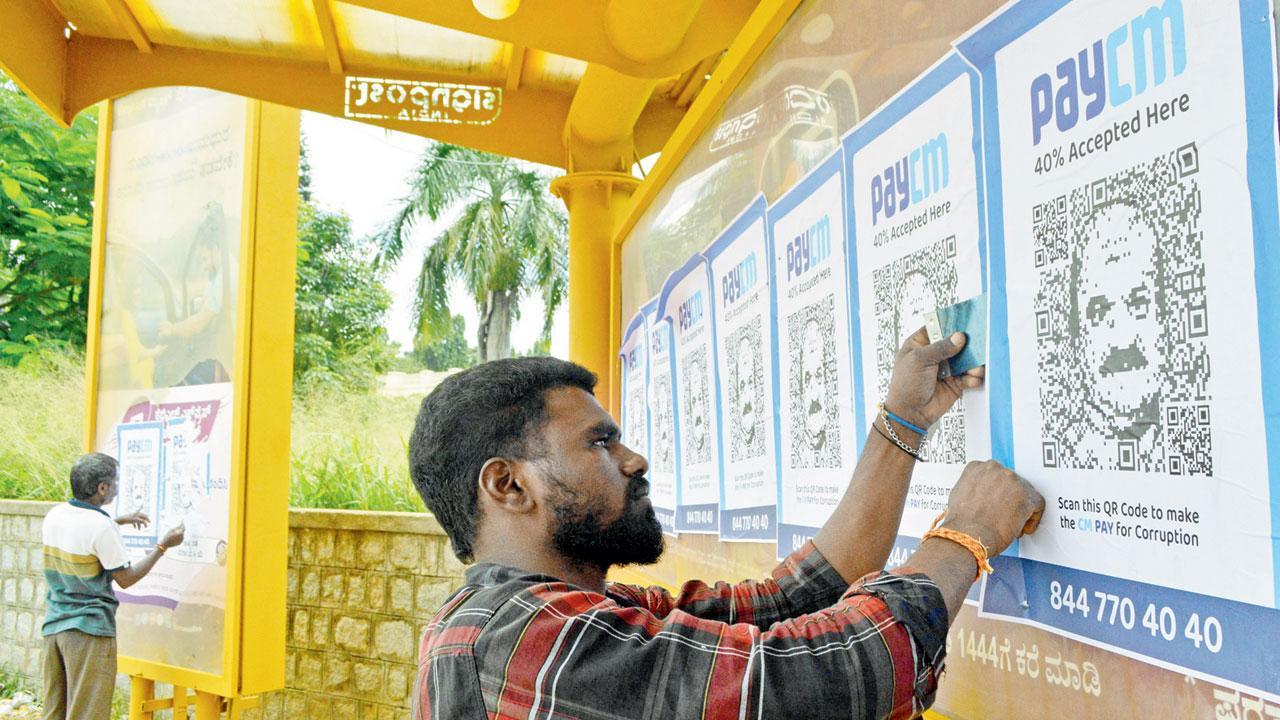 A man removes a ‘PayCM’ poster from a wall in Bengaluru. Pic/ANI


The Bengaluru police picked up for questioning the former social media cell chief of the Karnataka Pradesh Congress Committee B R Naidu in connection with the party’s ‘PayCM’ campaign targeting Chief Minister Basavaraj Bommai. The party said the police picked up Naidu from his house around last midnight.

Learning about the incident, Congress state chief D K Shivakumar rushed to the High Grounds police station where Naidu was taken. “The corruption by the ruling BJP is reported in the media. Contractors have made allegations. During the campaign by the Congress party, 8,000 people have told that they are victims of corruption. BJP party workers have created hundreds of posters like this on us. No action is being taken against them,” he said.

The Congress launched ‘PayCM 40% accepted here’ campaign, on Wednesday.  On scanning the QR code, people were directed to a website “40percentsarkara.com”, put up by the Congress over charges of 40 per cent commission in government contracts levelled by a contractors’ body.