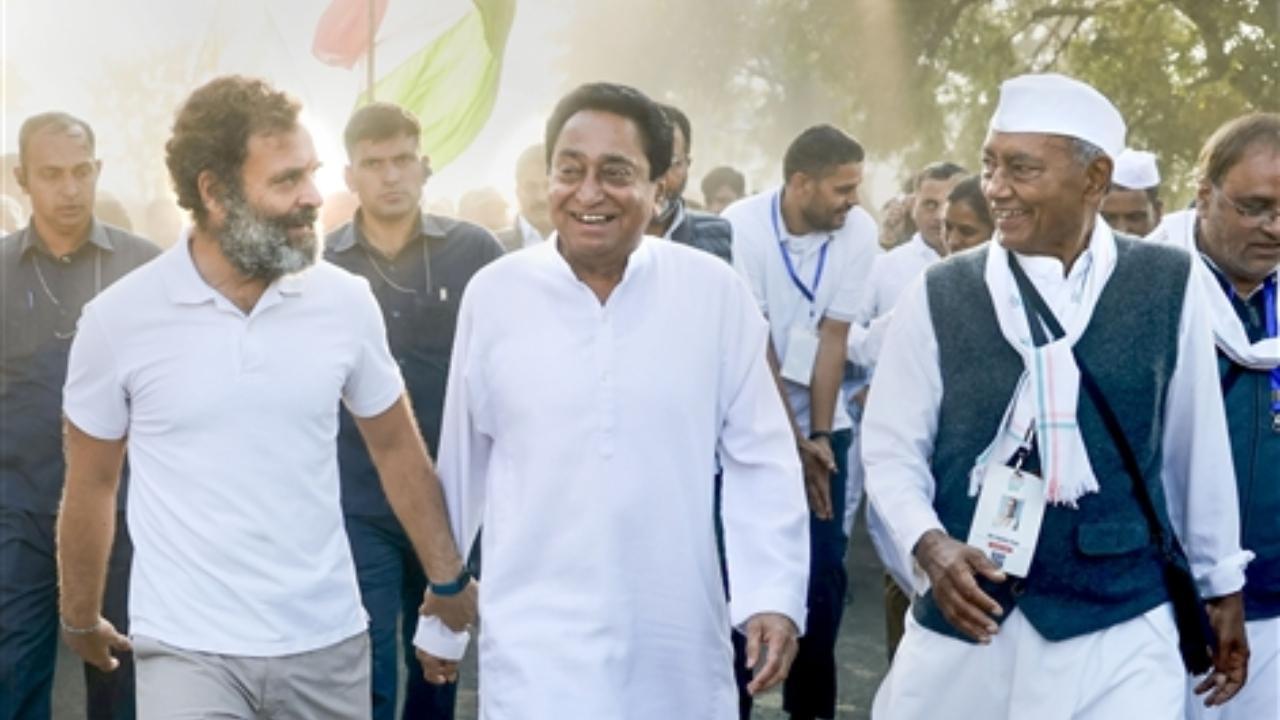 
Senior Congress leader Digvijaya Singh fell while taking part in the Rahul Gandhi-led Bharat Jodo Yatra near Barwaha in Madhya Pradesh's Khargone district on Saturday, the incident igniting a verbal tussle between the opposition party and the ruling Bharatiya Janata Party on the condition of the state's roads.

Singh was unhurt after he fell while moving towards a roadside restaurant during tea break amid the march and was immediately helped to his feet by Congress workers surrounding him, eye-witnesses said.

"Digvijaya Singh has fallen to the ground four times so far during the Bharat Jodo Yatra. However, he has fallen for the first time in Madhya Pradesh and the reason is the state also has bad roads," All India Congress Committee media in charge Jairam Ramesh told reporters.

Also Read: Mallikarjun Kharge to campaign in Gujarat on November 27, 28

Mocking the ruling BJP, Ramesh cited an old statement of Chief Minister Shivraj Singh Chouhan claiming the roads in MP were better than Washington DC in the United States of America.

"Madhya Pradesh's roads are killer roads and not better than those in Washington DC. I have saved myself from falling three times in the state due to bad roads," Ramesh claimed.

Hitting back, BJP leader Narendra Saluja tweeted the video of the incident and said the Rajya Sabha MP fell due to pushing and shoving by Congress workers rather than the road condition.