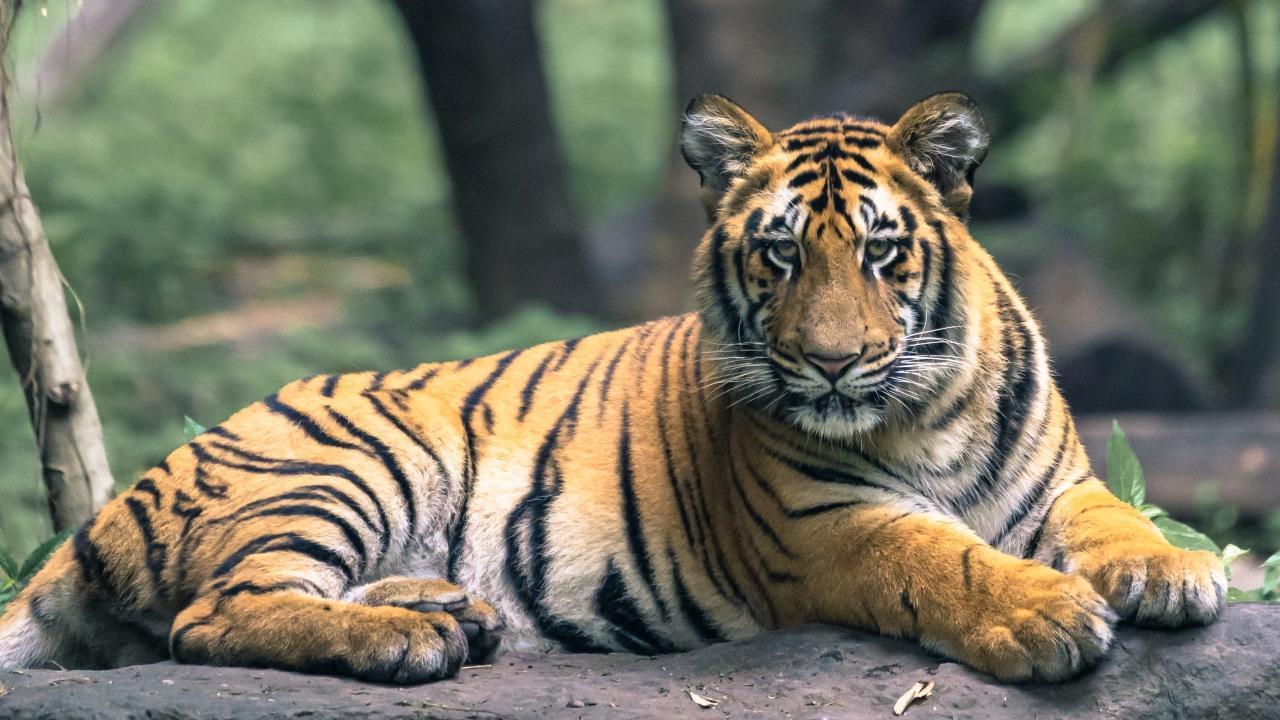 
A tiger was found dead on a railway track in a forest in Maharashtra's Chandrapur district on Wednesday morning, a forest official said.

Senior forest officials then went to the spot for an inspection.

Prima facie, the tiger died in an accident on the railway track probably in the wee hours of Wednesday, Deputy Conservator of Forest, Central Chanda Division, Swetha Boddu said.

The actual cause of the death would be ascertained after an autopsy, she said.

"The dead feline was possibly a tigress. The carcass was badly mutilated in the accident," the official said.