Mainpuri bypoll: Authorities will 'crack down' on party leaders ahead of election, claims SP's Dimple Yadav

Dimple, the wife of SP chief Akhilesh Yadav, has been fielded from the seat, which has been represented by party patriarch Mulayam Singh Yadav 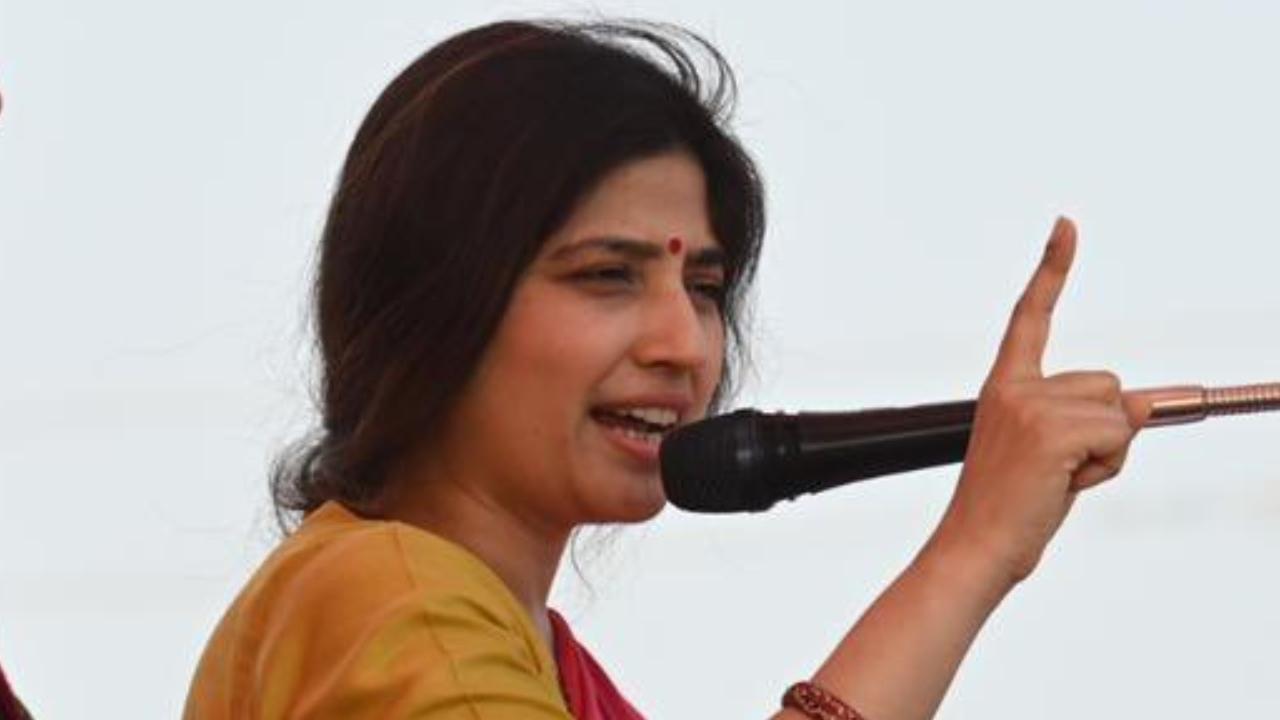 
Samajwadi Party leader Dimple Yadav on Sunday claimed that the BJP-led administration will crack down on local party leaders ahead of the Mainpuri by-election and asked them to "not sleep at their homes" the night before polling.

She said the Uttar Pradesh's Mainpuri constituency has been the area of SP founder Mulayam Singh Yadav's who had worked for its development and asserted that the party is going to the people with this reality in the upcoming bypoll here.

Dimple, the wife of SP chief Akhilesh Yadav, has been fielded from the seat, which has been represented by party patriarch Mulayam Singh Yadav.

Polling in Mainpuri will be held on December 5, while counting of votes will take place on December 8.

"I would like to tell my young friends and SP leaders that the administration will act tough on you on December 4. Do not sleep in your homes on December 4, so that on December 5, nobody can even touch you.

"You go and cast your votes, and on December 6, the administration will disappear from here," she said at an election meeting at Ahirava village under Bhogaon assembly segment.

She also urged women to vote for the party, saying "the administration cannot use force on you. You are the women power and you can fight. You should go and cast your vote."

"This is not my election. This is the your (people) election and that of our respected 'netaji'. I am sure that Mainpuri will honour and pay tributes (to 'netaji')," she said.

The SP leaders alleged that DM Avinash Kumar Rai and SSP Jai Prakash Singh are putting pressure on village heads, block heads, district panchyat members and others to vote for the BJP in the Mainpuri bypoll.

They said free and fair election in Mainpuri was not possible till these officials remained on their post.

"It is a reality that this area (Mainpuri) has been the area of 'netaji'. You cannot cover this reality. This is the fact, and reality, and we are going to the public with this (reality)," she told PTI on the sidelines of her election meeting.

Asked how she views this bypoll, she said, "People of Mainpuri know that 'netaji' carried out development projects here and people will honour him in the upcoming bypoll."

Asked whether the SP's first family reunited because of the polls and may again part ways later, she said, "Let us not speculate about the family. Let us work at the ground level on matters related to the public."

Pragatisheel Samajwadi Party (Lohia) president Shivpal Singh Yadav had recently said it was a phone call from "daughter-in-law" Dimple Yadav that prompted him to campaign for her for the upcoming Mainpuri bypoll.

Amid a deteriorating relationship with nephew Akhilesh Yadav, the PSPL chief agreed to campaign for the SP chief's wife in the upcoming bypoll.

In the 2022 assembly elections, the SP won the Karhal, Kishni and the Jaswant Nagar seats, while the BJP won the Mainpuri and the Bhogaon seats.

Akhilesh Yadav's Karhal assembly seat is part of Mainpuri Lok Sabha constituency and so is Jaswant Nagar, which is represented by Shivpal Yadav.

Addressing the gathering, Dimple said, "This is the first bypoll when 'netaji' is not among us. 'Netaji' had an emotional relationship with the people of Mainpuri Lok Sabha constituency, and people from here resided in his heart.

"He used to consider their problems as his own. He has done the maximum development of this place -- be it roads, electricity, irrigation, education of girls or jobs for the youth.

"'Netaji' had always thought about everyone, he had given importance to everyone, and had taken everyone along. He had never indulged in politics of partiality and discrimination.

"He was always concerned about the development of Mainpuri, and how to help people here," she said.

She said the farmers are feeling worried under the BJP-led state government as they are not able to get fertilisers. Those who are getting it are able to do so with great difficulty and procuring it at expensive rates, she said.

"Our women are not safe, they are not getting their pensions," she said, adding that the earlier SP government had given 'Kanya Vidya Dhan (to girls), laptops to students and had built good roads.

"However, a present, not a single new work has been done in this area or in the state," she charged.

She alleged that the present "arrogant" government is not ready to accept that people are facing difficulties, they are dealing with inflation, youths are unemployed and the daughters are not safe.

"They can only talk about diversions. They can make you fight against each other, and will not think about your future or of your children," she said and urged people to vote for her party on December 5.

She also claimed that when SP was in power, the party followed the path of ideology and principles, and also moving forward by taking everyone along.