While the AAP fielded 138 women, the BJP and the Congress nominated 136 and 129, respectively 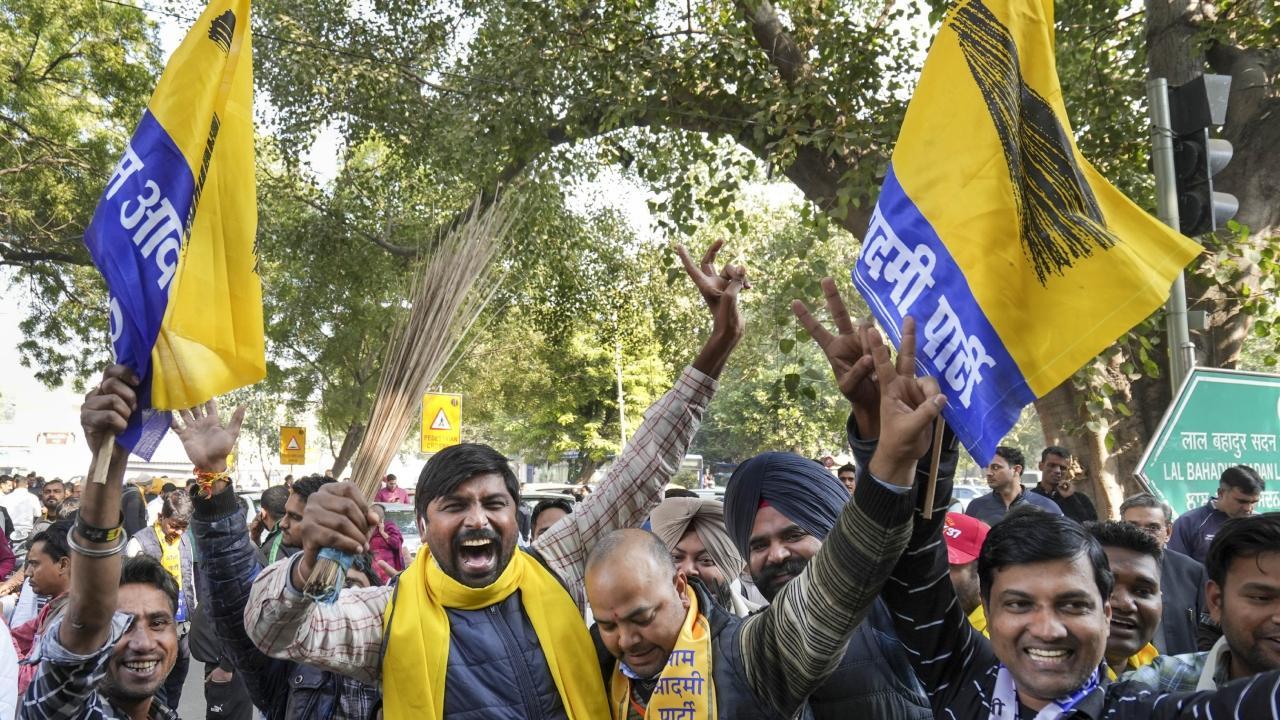 
Nearly 55 per cent of the victorious AAP candidates in the Delhi civic polls were women, data showed.

The Municipal Corporation of Delhi (MCD) poll results for all 250 wards were declared on Wednesday, with the AAP gaining majority by winning 134 and the BJP bagging 104. The Congress won nine seats.

While the AAP fielded 138 women, the BJP and the Congress nominated 136 and 129, respectively.

The Congress's Shagufta Chaudhary romped home with a margin of 15,193 votes, the second highest margin in the civic body polls.

In the 2017 polls, some candidates of the BSP, INLD and the Samajwadi Party had won, alongside four Independents. The number of councillors who were not affiliated to BJP, AAP or Congress was 11. This time, not a single ward has gone to parties that are small players in Delhi and only three Independent candidates have won, signalling a bipolar contest in the city in the future.

AAP's Chitra Vidyarthi, who won from Wazirpur, said, "Women candidates have done wonders this time. I'm very happy that I'm getting an opportunity to serve the people in my ward. AAP is a party that works for development and we will focus on the same after assuming office."

AAP's Shelly Oberoi, the ward number 86 winner, said, "I'm glad that I could win from the area which was considered to be a stronghold of (Delhi BJP chief) Adesh Gupta. I'm very happy that we have put up a strong fight this time. AAP is a party that fulfils its promises, that works for the people. Cleanliness and garbage management will be my focus once I assume office."

Shakeela Begum, an Independent, won from Seelampur in northeast Delhi.

While Bhagat and Sharma had served as the East Delhi mayor, Sehrawat is a former mayor of South Delhi.

Bhagat, who won from Geeta Colony ward, told PTI, "I am very happy and there is a celebratory mood in our area. Party workers are playing drums, dancing and taking selfies. Our party has given a good fight in the civic polls."

Sehrawat, who registered a victory in Dwarka-B ward, took to Twitter to thank voters. Sharma won from Gautam Puri ward.

A former mayor of North Delhi lost the contest in Civil Lines ward.

In the 250-ward Municipal Corporation of Delhi (MCD), 50 per cent seats are reserved for women.

Next Story : Gujarat election results 2022: Key constituencies to watch out for