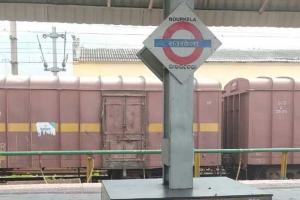 
In a bid to ease the heavy congestions of Shramik special trains heading towards Uttar Pradesh, the railway board has decided to divert these trains to travel extra 500 kilometres, the Divisional Railway Manager (DRM), Mumbai Central told mid-day.

Gorakhpur-bound Shramik Special train had left Vasai Road station on May 21 but it has not reached the destination till now as it has been diverted to Odisha to ease out the bunching of trains.

An onboard passenger said, "Our train left from Vasai Road on May 21 to go to Gorakhpur and it has reached Odisha. At present, the train is standing at Rourkela station. I don’t know what we will do. We are reeling under deep crisis. We have been told that the driver has lost the route."

"The normal route is congested because of a lot of trains are going to Uttar Pradesh. So the railway board has decided to redirect the trains to alternate longer route because the congestion is pretty heavy. So some trains have been diverted to longer route going via Nagpur, Bilaspur, Jharsuguda, Rourkela and then going via Asansol to go back to the destination," said GVL Satyakumar, DRM, Mumbai Central.

"So these trains have to travel additional 500 kilometres because there has been unprecedented movement towards Uttar Pradesh," Satyakumar added.