Speaking to mid-day.com, Ashwini Deore, Police Naik said, her soldier husband, who is currently posted in Srinagar and two school going children motivated her in the journey to be a winner 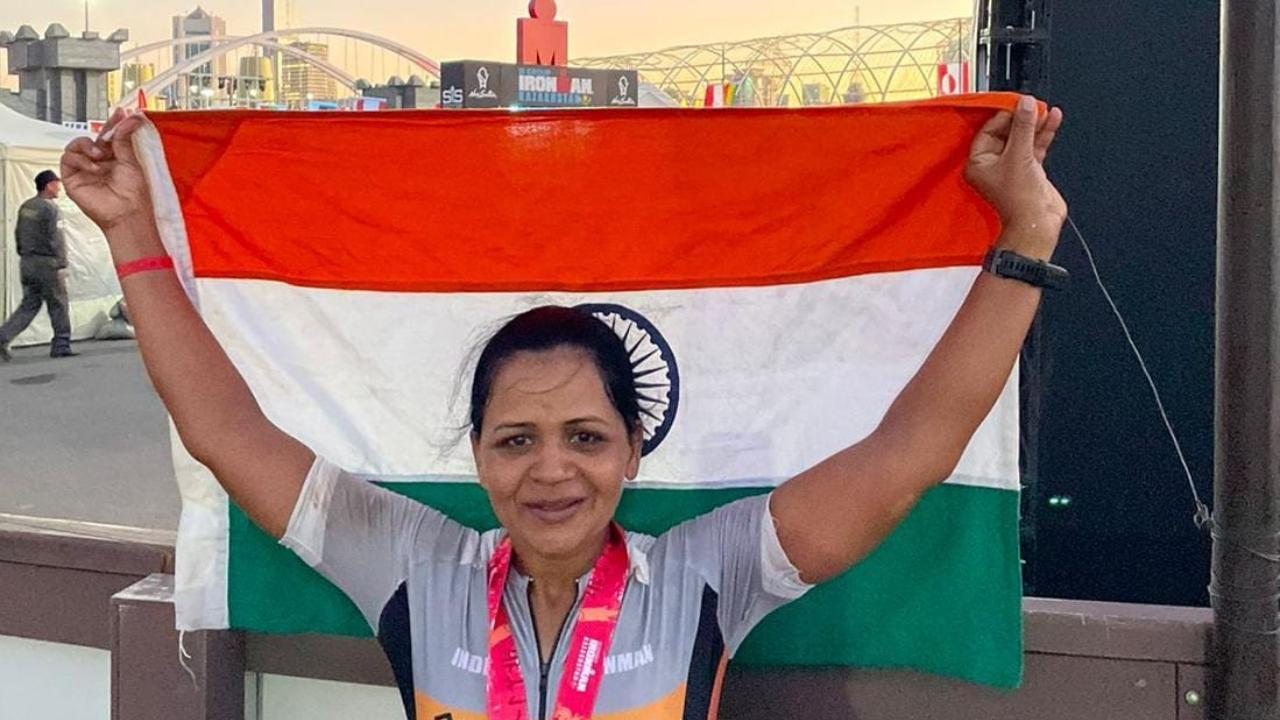 Ashwini Deore after her the completion of the competition in Kazakhstan. Pic/ Ashwini Deore


Ashwini Deore, a woman police naik from Nashik has become the first woman cop in Maharashtra Police force to complete one of the toughest competitions in the world, Ironman, that includes a series of long-distance triathlon races, consisting of a swim, bicycle ride and a marathon. It is widely considered as one of the most difficult one-day sporting events in the world. It was held in Kazakhstan on August 14, a day before India celebrated Independence Day making it a moment of double joy. 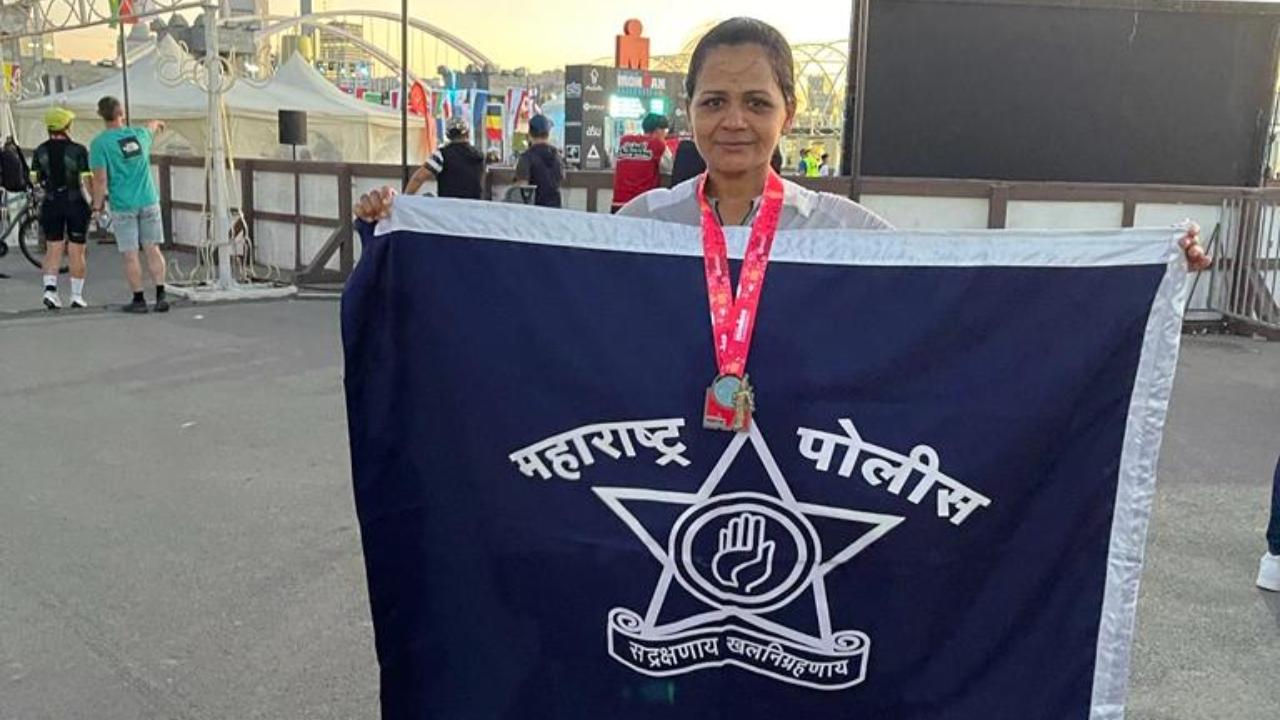 Deore who is at present in Kazakhstan is scheduled to return to Nashik on August 19. She told mid-day.com, "It is a moment of great joy for me and my family, my two school going children who are 12 and 7-years-old respectively who have been extremely supportive towards my journey."

For the competition, the challenge included 3.8 km of swimming, 180 km of biking and 42 km of running. The challenge must be completed in less than 17 hours. However, Deore took around 14.24 hours to complete the task. 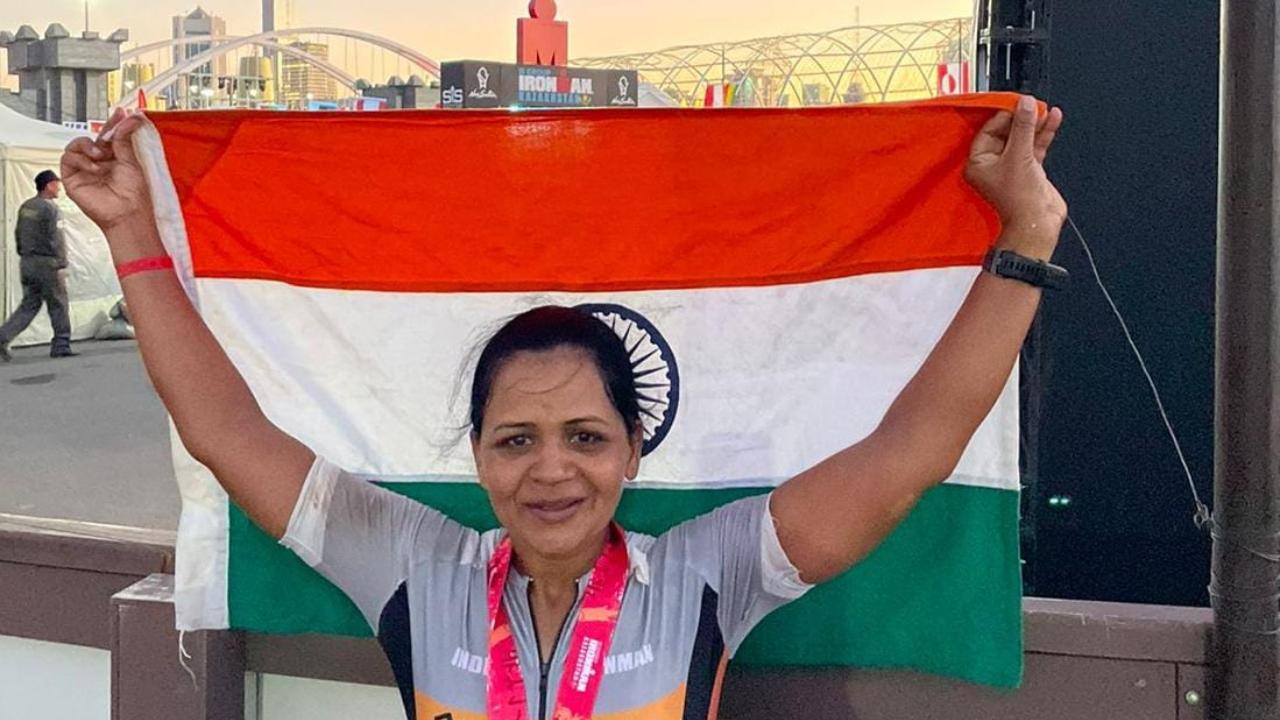 She said, "My husband who is in the Indian Army is posted in Srinagar. It is a proud moment for him too. He has also been supportive in my journey."

Also Read: Mumbaikars, here’s what to do with your ghar ka tiranga

Speaking about her achievement, Deore said, "There were days when I had to do the duty as well as practice for the Ironman. I could not afford to skip a day's practice, hence, I used to choose a time for practice which would not affect my duty hours. On weekdays there were times when I used to practice 4-5 hours and sometimes on weekends I used to practice for almost 12 hours. During my practice, my children never interrupted me and it helped me a lot to concentrate on my workouts. I am here today because of them." 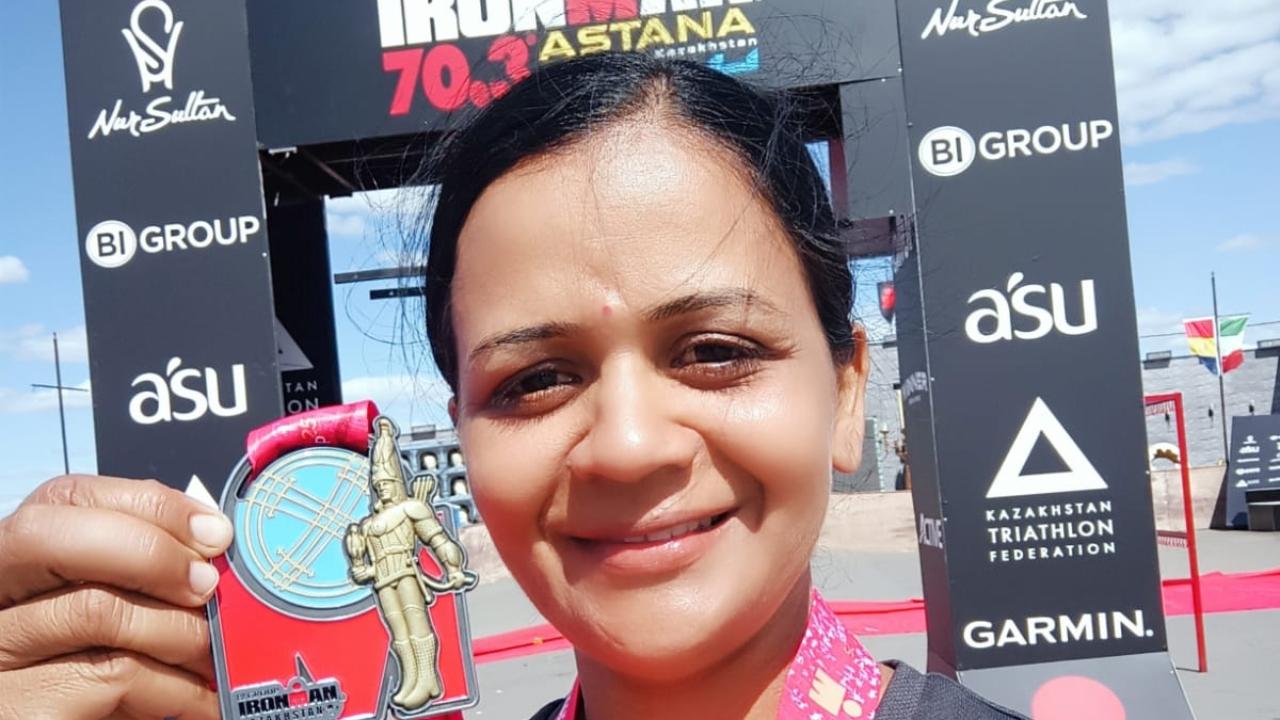 After her successful completion of the competition, Nashik Police Commissioner, Jayant Naiknaware in a tweet also congratulated Deore.