In the incident, which took place under the Kankanadi police station area, the auto driver and alleged prime suspect Shariq were injured 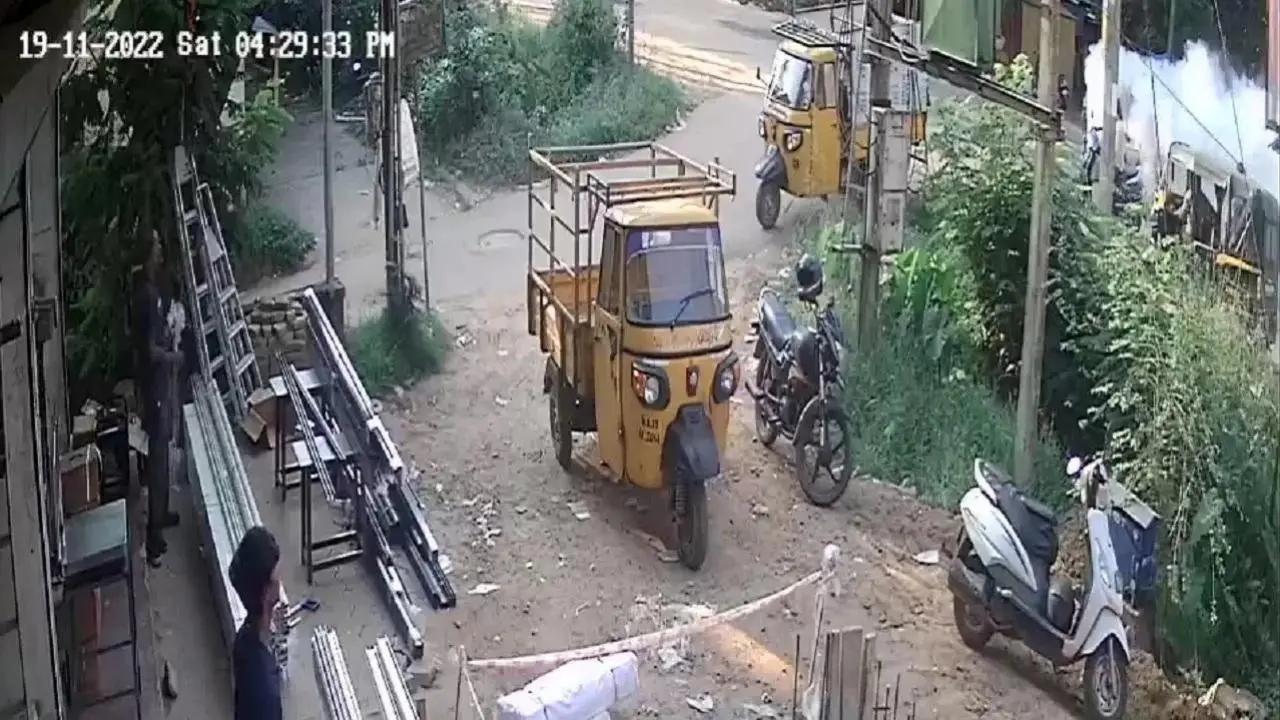 Smoke seen in CCTV camera footage from a nearby area, in Mangaluru. File Pic/PTI


The National Investigation Agency has taken over the probe into the November 19 Mangaluru auto-rickshaw blast that injured two, including the prime suspect, officials said on Thursday.

The Islamic Resistance Council (IRC), a little known outfit, has reportedly claimed responsibility for the blast, saying one of its "Mujahid brothers Mohammed Shariq" attempted to attack a "Hindutva Temple in Kadri".

In the incident, which took place under the Kankanadi police station area, the auto driver and alleged prime suspect Shariq were injured.

Police had called it an act of terrorism, invoking a stringent provision of the Unlawful Activities (Prevention) Act (UAPA), and held the passenger, Shariq, responsible for the incident.

The Karnataka government wrote to the Union home ministry for a probe by the National Investigation Agency (NIA) into the incident.

"As this is a scheduled offence under section 6 of the NIA Act, 2008, the matter is being submitted for further necessary action," the government wrote to the home ministry recommending the probe by the agency.

Karnataka Director General of Police Praveen Sood had said the NIA and other central agencies are already working with the state police in cracking the case from day one even before getting a formal direction from the Centre.

For the "premature explosion" that led to Shariq's arrest, the IRC in a message, which went viral on social media, said such possibilities exist with "all military and subversive operations".

Reacting to the message, Additional Director General of Police (Law and Order) Alok Kumar had said police are verifying the genuineness of the avowed organisation and veracity of the contents of the message.

Next Story : Maharashtra: Nine get life imprisonment for killing man in Raigad