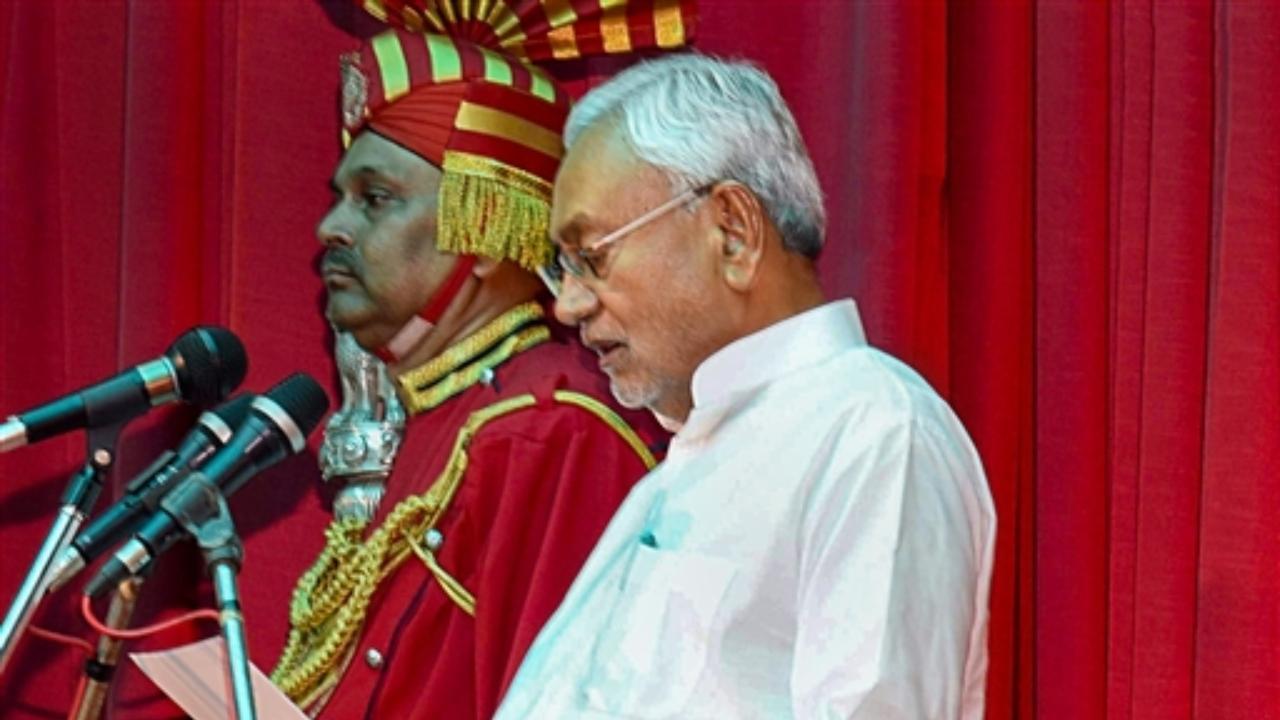 Rashtriya Janata Dal supremo Lalu Prasad Yadav on Wednesday hailed Nitish Kumar for his decision to split from the NDA and reunite with the Mahagathbandhan to form the new government in the state.

"Nitish Kumar called Lalu Prasad Yadav amid political developments in Bihar, discussed several issues, Lalu Yadav congratulated him and his decision to break away from the BJP and join the Grand Alliance," a family member told ANI on condition of anonymity.

Nitish Kumar on Tuesday broke the alliance with BJP and staked claim to form a government with RJD. Nitish Kumar is upset with the BJP on many issues as he approved several decisions in the meeting of the JDU Legislature Party.

After resigning from the post of Chief Minister, Nitish Kumar along with Tejashwi Yadav presented the claim of forming the Grand Alliance government in front of Governor Fagu Chauhan on Tuesday evening.

After this, Nitish Kumar, who came out of the Raj Bhavan, told the media, "We have claimed the support of 164 MLAs from seven parties and one independent MLA. Now it is up to the Governor when he invites us to form the government."

Nitish Kumar was sworn in as the Chief Minister of Bihar for the eighth time at the Patna Raj Bhavan on Wednesday.

This came a day after huge political turmoil in the state, as he broke the alliance of Janata Dal-United (JD-U) with the Bharatiya Janata Party (BJP) and announced to form a new "Grand Alliance" which includes Tejashwi Yadav's Rashtriya Janata Dal (RJD) and other Opposition parties.

The oath ceremony was attended by RJD's Tejashwi Yadav and his wife Rajshri, former CM Rabri Devi and RJD leader Tej Pratap Yadav at the swearing-in ceremony at Raj Bhavan in Patna.

"Seven parties including 164 MLAs along with independent MLA in our Mahagathbandhan," said Nitish Kumar at a joint presser with RJD's Tejashwi Yadav after meeting Bihar Governor Phagu Chauhan on Tuesday.